Why this 14-year-old is one tough cookie–beyond her sugar-free, carb-less treats | Inquirer Lifestyle 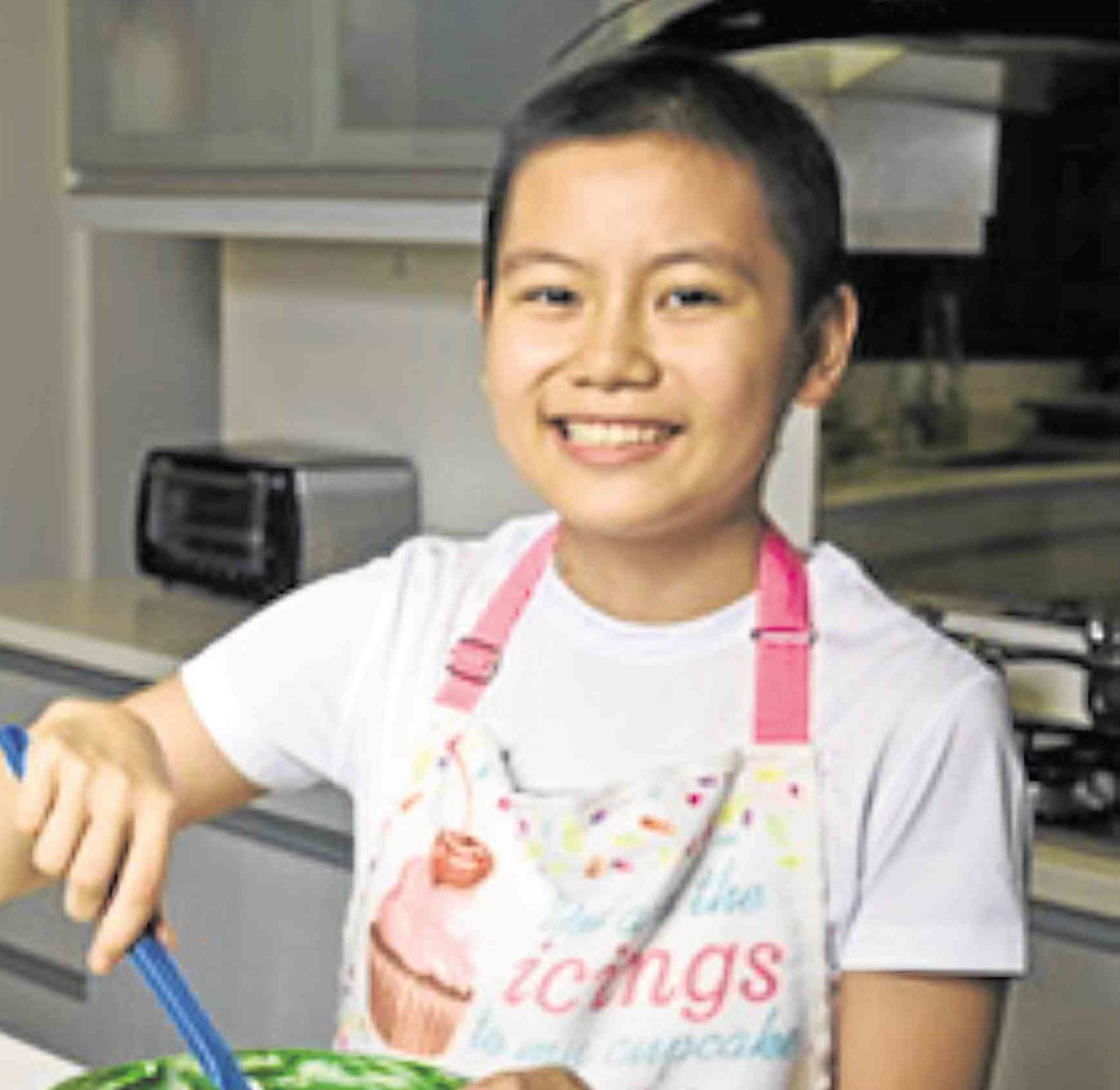 Why this 14-year-old is one tough cookie–beyond her sugar-free, carb-less treats

That adage about making lemonade when life hands you lemons is one we often use to assuage ourselves when things don’t go as planned.

For a young cancer survivor with a sweet tooth, it meant finding ways to give in to her cravings.

Raissa Gan was 13 years old when she was diagnosed with osteosarcoma, a bone cancer, last year. Her oncologist told her she had to eliminate sugar and simple carbs from her diet.

“When I heard this, I was greatly discouraged because I loved milk chocolate, dark chocolate and lollipops. Every day I would bring different kinds of cookies, candies or other types of sweets to school for recess.”

For cakes, her favorites were Le Royale and Delice Chocolat from The Cake Club at Diamond Hotel; she described them as “so chocolatey!”

Noting her distress at the news, Gan’s doctor gave her “the tiniest bit of hope” she could still have cookies and sweets—but only if they were sweetened with raw and unprocessed honey.

“Unfortunately, nobody made goodies using honey. Most people used cane sugar, stevia or coconut sugar, all of which my doctor said I was not allowed to have.

“Even when I was younger, I was not the sort to give up easily. I look for a way around the things I don’t like so they can be the things I do like,” the now 14-year-old added.

That was when she decided to try and make her own goodies using only the ingredients she was allowed to use.

Gan already knew her way around the kitchen because she used to assist her elder brother (she has two, Ian who’s 17 and Nathan, 21), doing the small tasks like mixing the batter or setting the oven at the correct temperature.

When she began experimenting in the kitchen again, she ditched the processed cake mixes and used organic ingredients and the raw honey her parents bought at Healthy Options, or the stalls in front of Robinsons Supermarket in Solenad.

Now, Gan bakes sugar-free and carb-less treats (devoid of simple carbs) that she sells through her Facebook page, The Tough Cookie (facebook.com/toughiecookie).

Some of her other baked treats include sugarless cookies, brownies and chocolate cake.

Gan and the family’s kasambahay were swamped with orders earlier this month she had to stop accepting orders temporarily. Now, they’re back on track baking after school in the afternoons and on weekends.

The interest in her baked goods has spurred Gan to eventually add to her repertoire.

“Looking ahead, I would like to add desserts to the list of goodies I have so that people will have a wider choice of what they can eat,” she said.