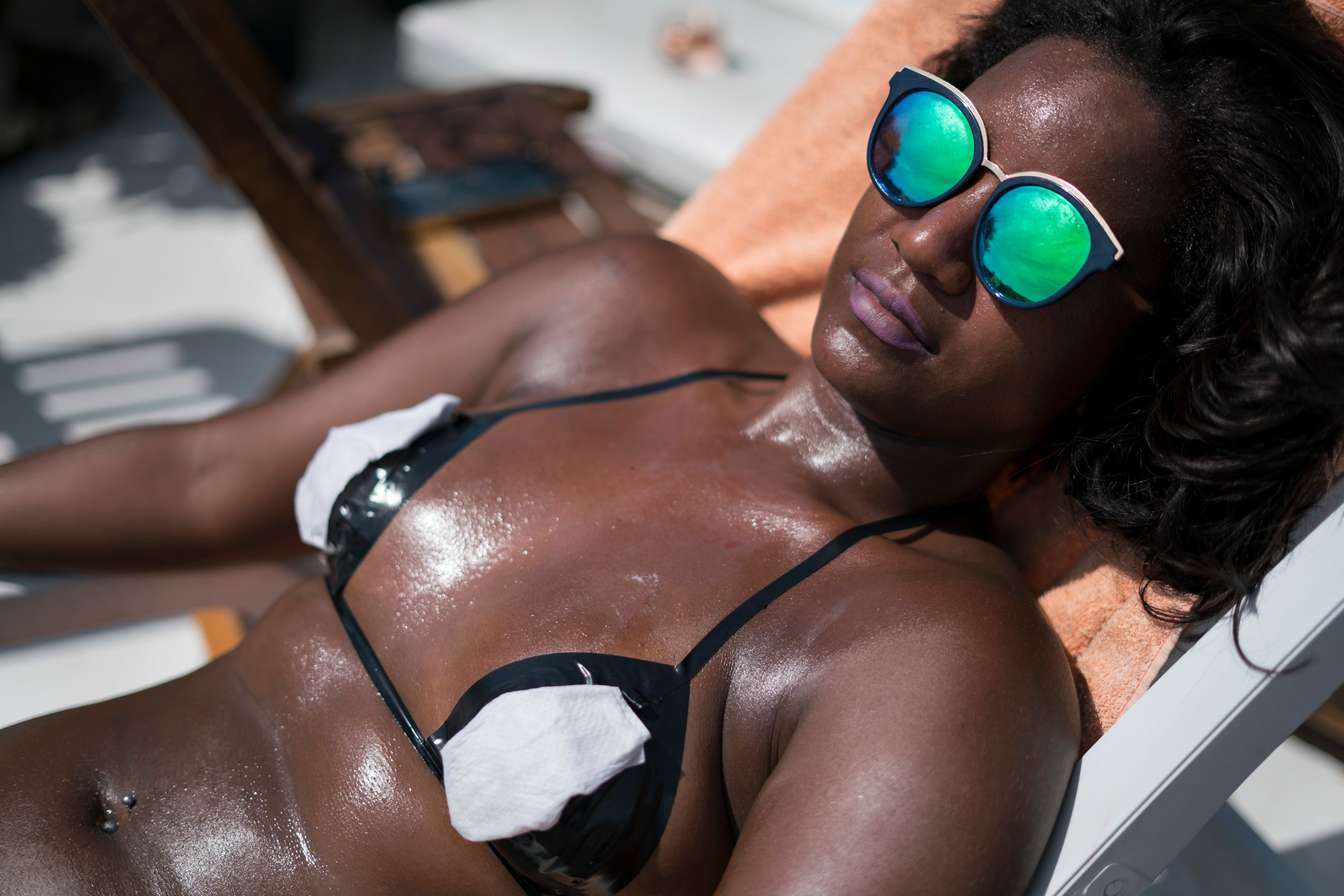 In this Jan. 11, 2017 photo, a woman in search of crisp tan lines lounges in the sun wearing a bikini made of black electrical tape at the Erika Bronze rooftop salon in the suburb of Realengo in Rio de Janeiro, Brazil. Dermatologists are more horrified than impressed with the technique, which they say can increase the chance of getting skin cancers, including melanoma. (AP Photo/Renata Brito)

GENEVA — Switzerland’s government is thinking of barring its minors from using tanning salons because of the long-term risk that radiation from ultraviolet (UV) beds could cause skin cancer.

The seven-member Federal Council took the position on Wednesday as it sought public comment on a package of safety measures meant to protect the population from exposure to UV radiation and excessively loud noises.

The proposals also include limiting medical lasers in cosmetic treatments as well as rules for electronic amplifiers at demonstrations, such as requiring organizers to provide ear protection if sound levels exceed an average of 93 decibels.

Tanning salon operators would be required to inform adult users about the risks of eye or skin damage.