What the Year of the Earth Dog has in store for President Duterte, VP Leni–and you | Inquirer Lifestyle ❮ ❯ 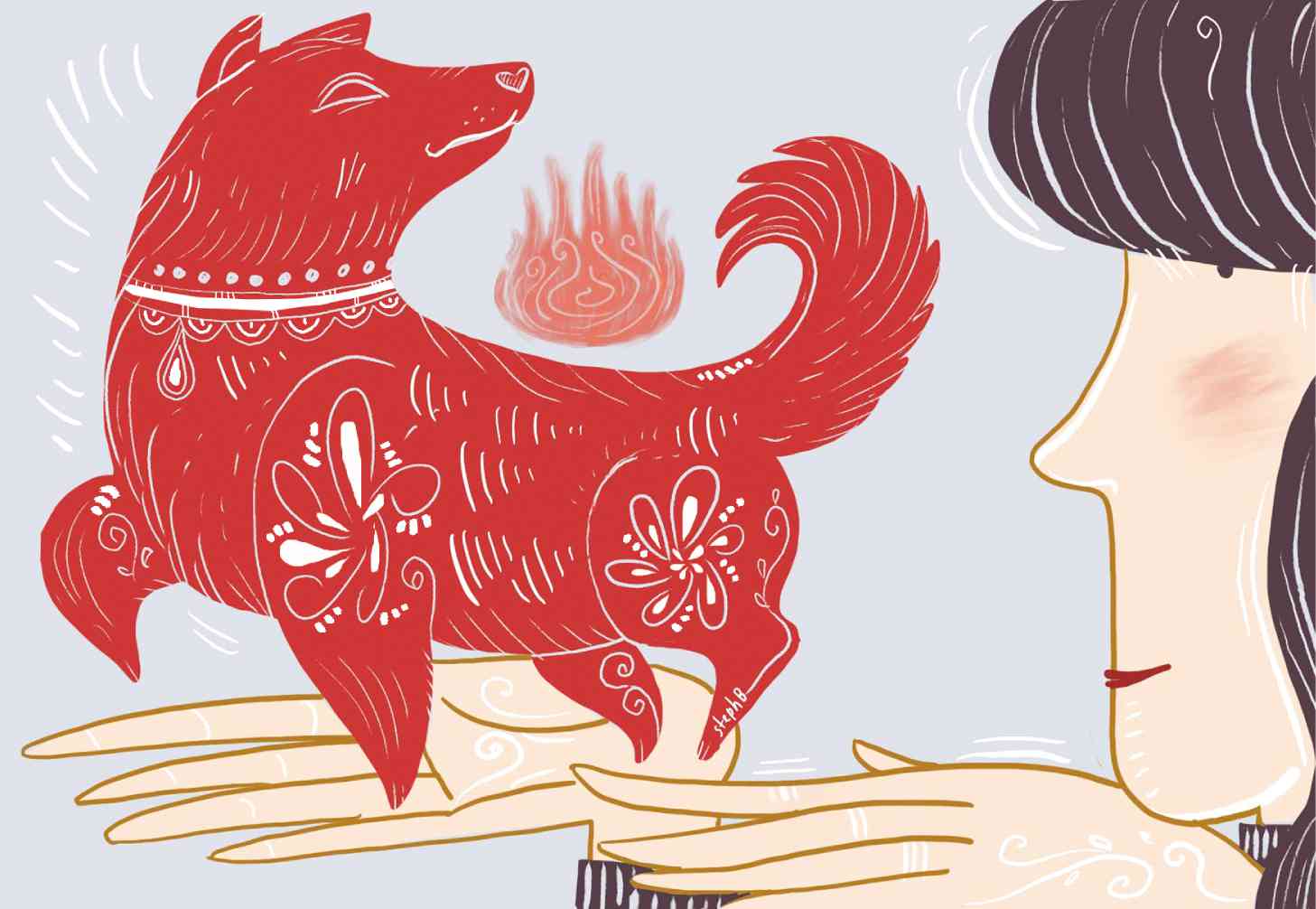 What the Year of the Earth Dog has in store for President Duterte, VP Leni–and you

In the Year of the Earth Dog, the dynamics of Philippine politics will be, as the adage goes, “same dog but with a different collar,” says feng shui consultant Andy Tan.

“The economy will prosper. Politics will be noisy and chaotic as usual, but not violent. People are free to demonstrate. The NPA’s (New People’s Army) power will decline. Infrastructure projects will bring more jobs. The high prices and taxes are collateral damage. I’m more concerned about 2019,” he adds.

“The Dog symbolizes loyalty. The Earth Dog is grounded. He is the Chihuahua, not the Doberman. Hence, it will be a mild year. Dogs, in general, will experience stability in life or in finances. Earth Dogs will win respect. Metal Dogs have to be careful about what they say. Water Dogs have to watch their temper. Still, the year looks rosy for Dogs,” says Tan.

The Dog’s best friends are the Tigers and Horses, says Tan.

In the 12-year zodiac cycle, the Dragon lies opposite the Dog, thus making it the clash or conflict animal.

“If Dragons will invest this year, they should be silent partners so as not to invite questioning,” he advises.

Tan predicts that Vice President Leni Robredo, a Wood Dragon (1964), will face a roller-coaster year. “She hasn’t been doing anything, yet people say hateful things about her. It’s going to get worse this year.”

President Duterte, a Wood Rooster (1945), will surmount obstacles facing him, although he has to watch his health. “The Rooster is the proudest animal sign. Tuka nang tuka, putak nang putak,” says Tan.

The Earth element will highlight the year of the populist president. “Wood Roosters like Duterte are flamboyant. They don’t like to be told what to do. Tira nang tira. Bira nang bira. They say something, then retract to maintain some diplomacy,” says Tan.

Typical of a Fire Rooster, former Senator Bongbong Marcos will continue his protests. If luck is on his side, he has strong chances of being in government.

“If Marcos joins the government, it will be good for the country because it’s his horoscope, not his personality,” says Tan.

Tan points out the interesting makeup of the government. Speaker Pantaleon Alvarez is a Rooster, as are Senators Franklin Drilon and Chiz Escudero.

“A minimum of three of the same animal signs in one roof is a sign of a progressive organization. The only problem with Drilon and Escudero is that they may be in the right place at the wrong time,” he says.

Rats such as Chief Justice Lourdes Sereno and former President Noynoy Aquino (both born in 1960) will predictably have to work double-time to fight for their dignity. Tan forecasts that Sereno will eventually “fade away” from the scene.

“Rats will survive with their quick thinking and resourcefulness,” he says.

With the influence of the Earth element, the government’s Build, Build, Build projects will be well underway. “Earth gives the feeling of productivity. People will feel that the government is doing something.”

“Rep. Gloria Arroyo will get what she wants despite the charges against her. She will peak in 2019, the Year of the Pig, if there will be elections,” says Tan.

In international politics, although Trump is a Fire Dog, Fire is incompatible with the Earth element. “He might not be able to finish his term,” says Tan.

“North Korea’s Kim Jong-un is a Water Pig. That’s why he’s always colliding with the Fire Dog in Trump. But 2019 will be his year.”

He warns that it will be a risky year for online gaming operations. “There could be dollar salting. As an earth sign, this business will thrive, but operators might run away because the game is electronic. You don’t see cash.”

Tan doesn’t believe that federalism will push through this year. “It is influenced by Water which can’t be accepted by the Earth unless the populist leader pushes it. I’m more worried about 2019. The Water Pig is very bullish. It’s all or nothing.”

Rat: There will be more disadvantages than advantages in daily activities. With quick thinking and an imaginative mind-set, you can overcome challenges.

Ox: You will continuously bring joy and luck to family and friends. Despite an increased work load and challenges, your diligence and strong-willed attitude will help you cope.

Tiger: Business undertakings and career will progress smoothly. Financial conditions will be stable. This is a good time for expansion.

Rabbit: It’s a challenging time in business and finance, but you’ll get better cash flow. It’s not the right time for a career shift unless you seek opportunities abroad.

Dragon: There will be lots of unexpected, unwanted expenses. It’s not an ideal time for career movement, and the energies are not favorable to new ventures or expansions.

Snake: Although financial conditions are favorable, expect more expenses than income generated. Be more attentive and patient with health, work and family affairs.

Horse: Happy progressive and productive 2018! It’s an ideal time for career movement, the best time for business expansion and a good time to marry or settle down.

Sheep: You will be blessed with good health and productive wealth. Lucky stars and guardian angels are on your side. It will be a good year to implement plans and expand investments.

Monkey: It will be a roller-coaster ride in terms of career and business dealings, which can be alleviated by using your cleverness and resourcefulness. Avoid confrontations.

Rooster: Though there are more career and professional challenges, you will get better results than in 2017. Stay focused, use your mind and not your emotions to find your fulfillment.

Dog: Financial conditions will be steady but due diligence is needed for expenses. Health will be affected by household or domestic matters. Keep all communication lines open.

Pig: Money matters will be stable. If managed properly, wealth will flourish till 2019. Keep a low profile and work diligently. Luck shines on your career and love life. —CONTRIBUTED