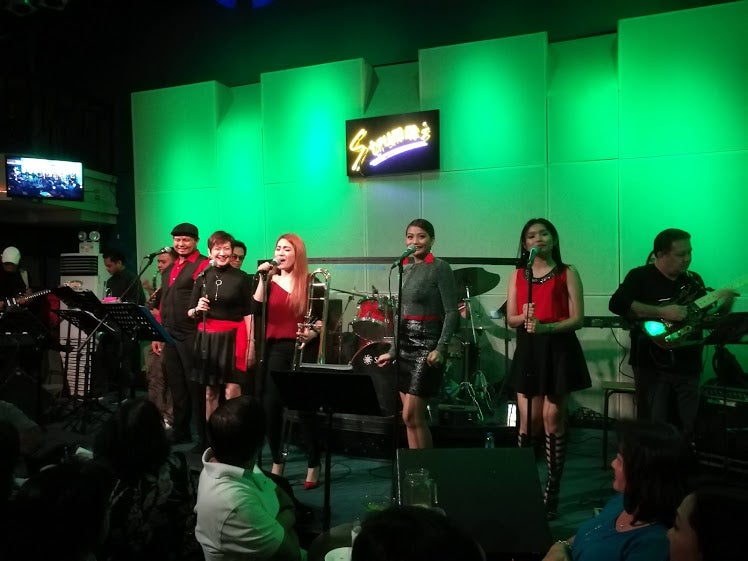 On a Tuesday night, the full-house crowd of business leaders and middle-aged couples and friends at Strumm’s yell out their song requests, as the pop-rock band Glass Onion winds up another foot-stomping dance tune.

Weeks earlier, another full-house crowd, a mixed group of professionals in medicine, radio and other fields, converged at Strumm’s to watch a Steely Dan tribute band, the Black Cows.

Originally located on the second floor of Shakey’s Makati Avenue, where Hermes now stands, Strumm’s moved to Jupiter Street where it has become a landmark and favorite nightlife destination of live music fans.

Not privy to its roots, I was pleasantly surprised to hear the story of Strumm’s—which celebrated its 25th anniversary recently—from the club’s cofounder, Mari Lagdameo. “It was Louie Prieto’s idea to put up Strumm’s,” Lagdameo said, recalling that he and Prieto—the first of Inquirer chair Marixi Rufino-Prieto’s children to help run the newspaper—loved watching jazz gigs at the old Vineyard in Makati and dreamed of opening their own club.

“Louie told me that the space being rented by Another World Disco on the second floor of Shakey’s Makati Avenue would be available,” Lagdameo recounted, “so we checked it out.”

They put up P4 million—divided among 20 relatives and close friends at P200,000 each—as capital. A year after Strumm’s opened on Dec. 9, 1992, Lagdameo said their investment broke even.

“The Strumm’s logo was Louie’s handwriting. Even the name Strumm’s, he thought of it and we liked how it sounded musically,” Lagdameo pointed out, pausing for a second before lamenting, “and nobody expected he would die four months after we opened. (Prieto perished in a motorcycle accident.)

On a positive note, Prieto’s dream, which he pursued with Lagdameo, lives on—Strumm’s is the only place in Makati that features live gigs night after night, Mondays to Saturdays, for the past 25 years and counting.

The Smoking Joint, a barbecue place popular for its ribs, brisket and corned beef sisig, will have the Black Cows performing live on Feb. 23. The gig is supported by San Miguel Beer.