LOOK: Blast from the past with 'The Platters' | Inquirer Lifestyle ❮ ❯ 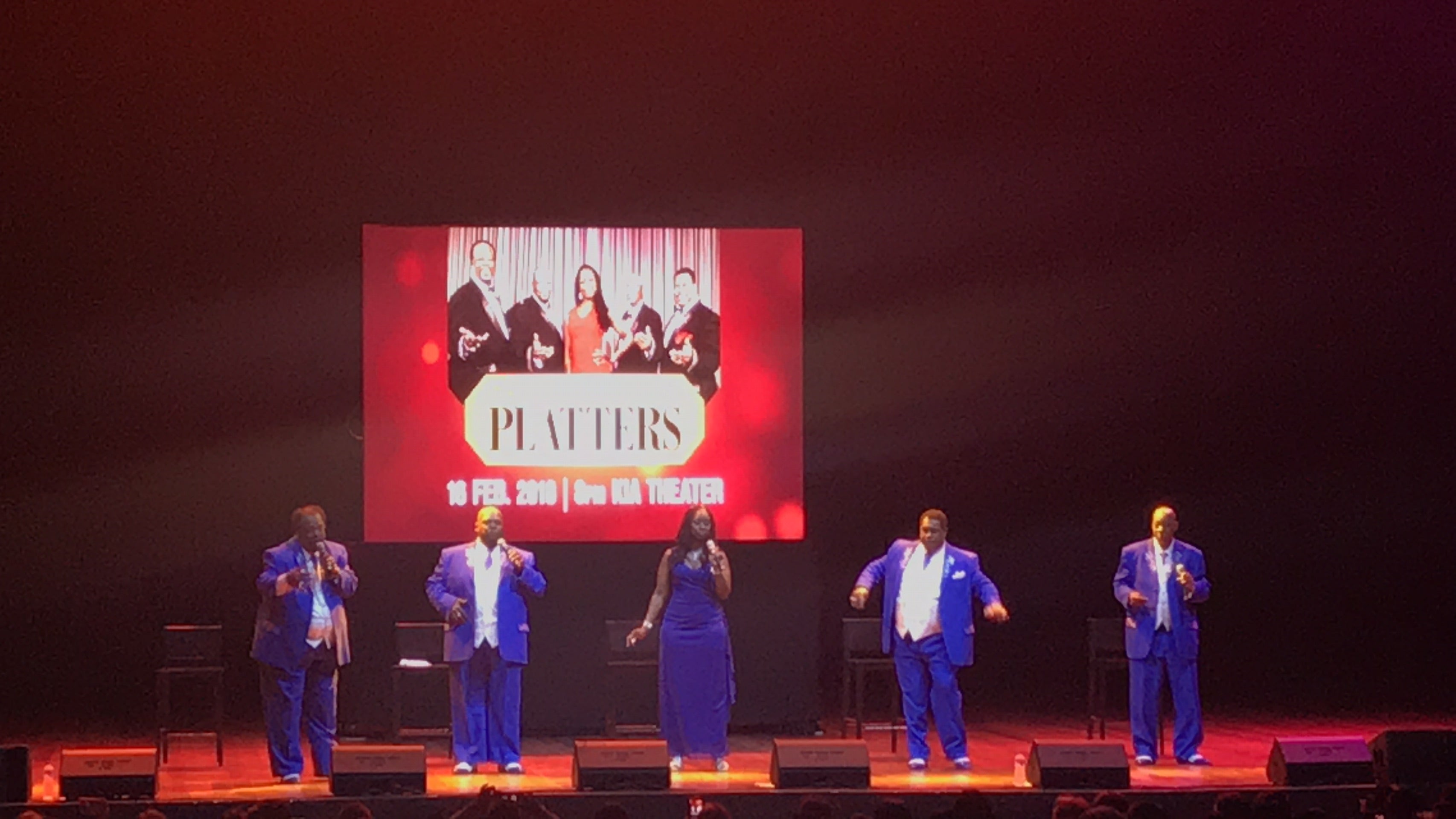 The Platters opens its set list with its iconic song "Only You" during their one night concert at the Kia Theatre in Cubao. Faye Orellana / INQUIRER.net

LOOK: Blast from the past with ‘The Platters’

Music icon The Platters held its one night show in Manila and had a memorable post Valentine date with their fans on Friday night.

Held at the Kia Theatre in Cubao, the American vocal group walked down the memory lane as its members sang its classic hits such as “Only You,” “Smoke Gets in Your Eyes” and “The Great Pretender.”

Lucky fans were also able to have a short moment as one of the The Platters members Frederick Berry went down the stage to personally sing “Magic Touch” to the audience.

The two-hour concert dubbed as “The Golden Sounds of The Platters” refreshed the music memory of most fans. /jpv