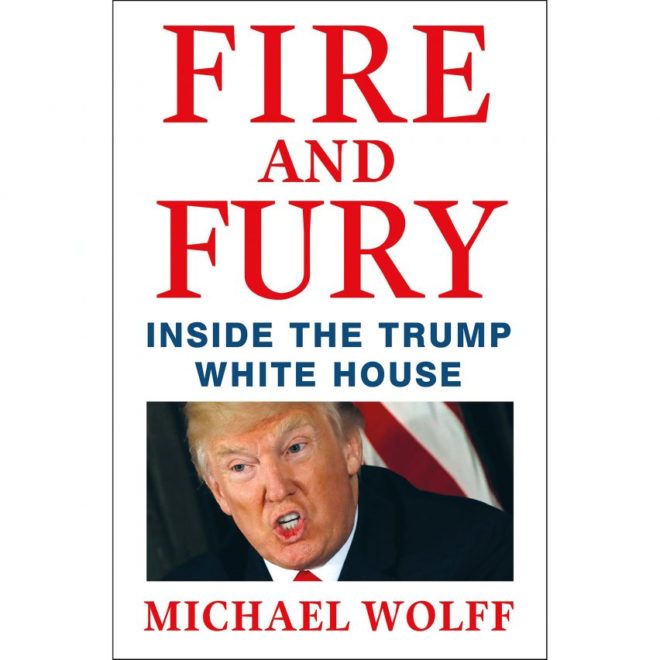 What were they thinking? This is the thought that occurs to the reader when author Michael Wolff explains his almost unfettered access to the White House of US President Donald J. Trump in his book, “Fire and Fury: Inside the Trump White House” (Henry Holt and Company, New York, 2018, 321 pages).

Wolff, an award-winning journalist and author, basically talked the Trump people into letting him hang around in the White House to write a book they assumed would be a positive view of the Trump presidency. They were wrong.

“Shortly after Jan. 20, I took up something like a semipermanent seat of a couch in the West Wing,” Wolff writes. “Since then I have conducted more than 200 interviews.” Wolff stuck around essentially because: “There was no one to say ‘Go away’” until nine months later when someone realized there might be problem here.

“Fire and Fury” is the Trump White House’s nightmare. In it, Wolff chronicles a campaign that honestly didn’t think its candidate would win. But on the evening Trump realized he was going to win, he was described as if he “looked like a he had seen a ghost. Melania… was in tears—and not of joy.”

The book’s depiction of Trump is even worse than one would expect. He is shown as a man obsessed with how people view him, making weird late night calls from the White House complaining how the media were treating him, dismissing outright the implications of the damning Russia probe—and completely, totally unprepared or unqualified to be president.

Perhaps the most repeated part of “Fire and Fury” is a description of the restless Trump’s way of taking in information: “He didn’t process information in any conventional sense. He didn’t read. He didn’t really even skim. Some believed that for all practical purposes he was no more than semiliterate.”

Wolff describes staffers as putting Trump’s name as many times as they could into his briefing papers because he liked reading his name and hopefully they could keep him reading.

But if Trump comes out looking bad in “Fire and Fury,” that’s nothing compared to the circus around him, as Wolff writes about the different power players in the White House vying for Trump’s attention, from chief strategist Steve Bannon, chief of staff Reince Priebus and “Jarvanka,” the portmanteau representing First Daughter Ivanka Trump and husband Jared Kushner.

“Fire and Fury” is a gripping read, as Wolff writes about a White House that seemed to think things would just come together somehow, even as everyone seemed working on their own agenda, all revolving around one man. “We are sinners, he is God,” one staffer is quoted as saying.

Whether or not you believe him, Wolff writes clearly and with a flourish. He observes and dispenses bons mots confidently.

Perhaps the book’s most noticeable quirk is how much the voluble and ambitious Stephen Bannon, former Trump counselor, is represented in it; he’s in it more than Trump. The things said and the things that happen in “Fire and Fury” are so bizarre, it would be funny if it weren’t frightening.

“Fire and Fury,” unsurprisingly is being developed as a TV series.

The book has led to the banishment of Bannon, and it continues to cast a shadow over the Trump White House.

“Fire and Fury” is a solid book, as well as an utterly unflattering and illuminating portrait of the Trump White House.