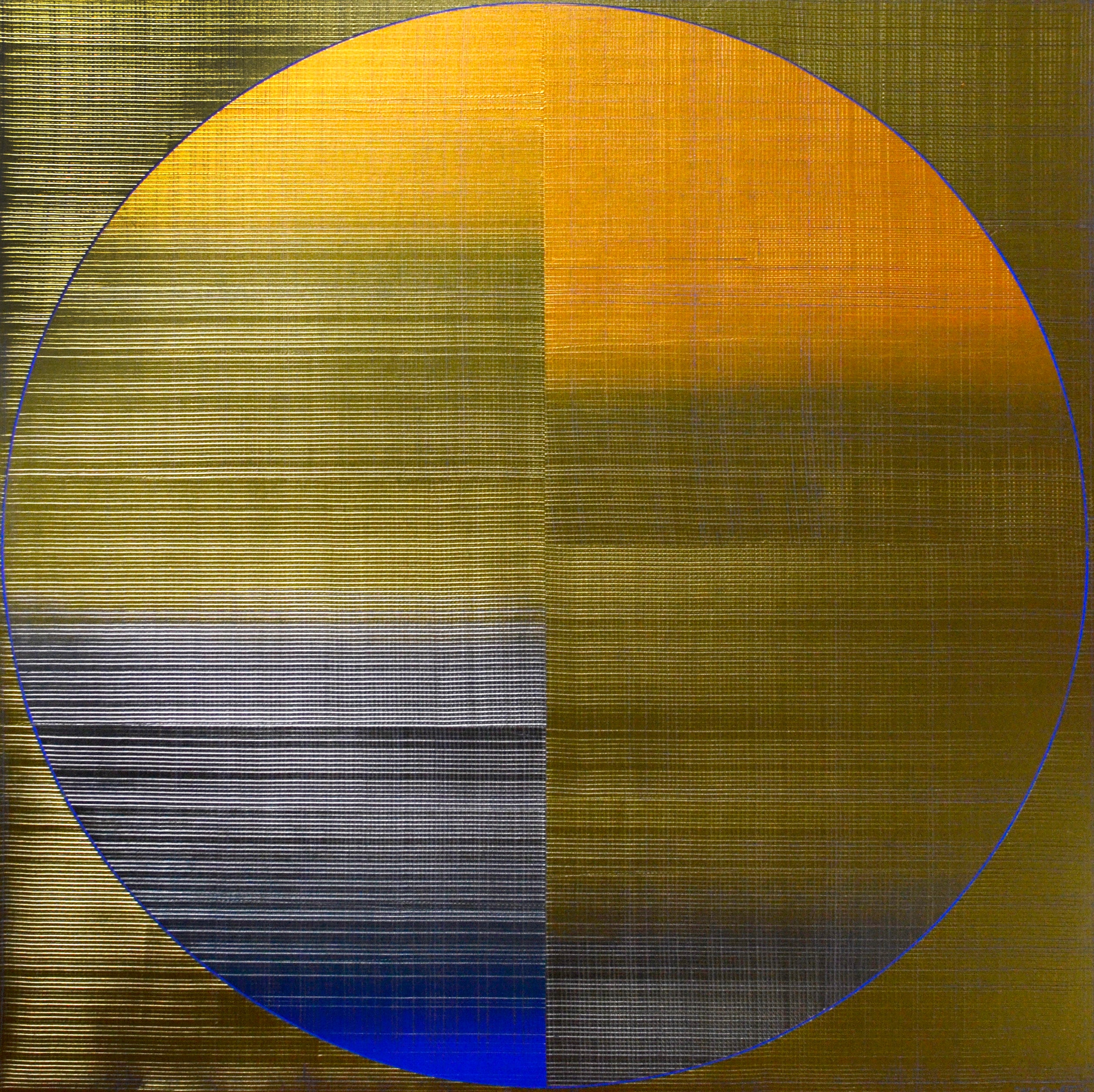 Fourteen exquisite pieces comprise the show which ushers in the Year of the Dog.

Carating captures the various shades and moods of celestial bodies like the moon, sun and planet as they grace and light up the darkness of the cosmos.

The circle functions as the predominant visual motif. It exhibits its universalism as symbol of eternity and infinity, and omnipotence.

The square, in contrast to the circle, is the emblem of the earth, such that when used as support in his paintings, represents the nimbus of human existence.

The uniformity of the format makes the series compact in look and appeal, and renders the exhibition design elegant and coherent.

Carating nuances textures in all pieces. A true artisan, he builds layered slates of metallic acrylic on canvas for his textural inscriptions and incisions.

The process empowers him to realize a rarefied combination of dark and bright iridescent finishes. Amid the glistening mindscapes, he grounds himself in terra firma.

Norberto “Lito” Carating has been presence in the world of Philippine nonrepresentational art, a distinction he enjoys for more than four decades now.

A Fine Arts graduate of the University of the Philippines in 1971, Carating has received the 13 Artists Award in 1990 from the Cultural and exhibited widely here and abroad.