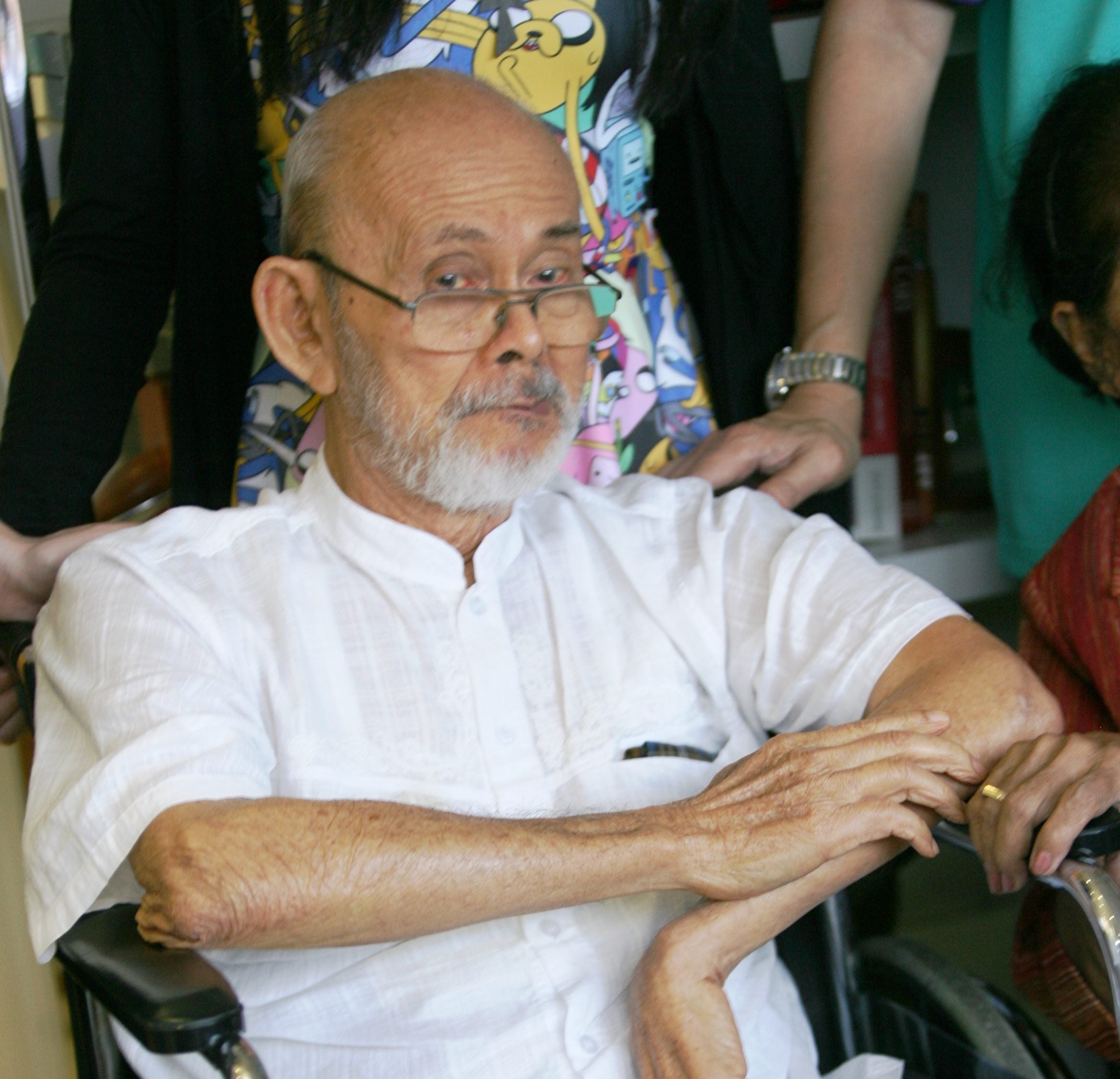 Abueva’s chariot of the gods

Anyone who attended the University of the Philippines Diliman campus in the late 1960s to the early 1970s would, sooner or later, have caught a glimpse of Napoleon “Billy” Abueva riding through the quadrangle in his horse-drawn chariot.

Most likely he would have been on his way from his studio in Area 14 to teach a class at the UP College of Fine Arts, then located above the main library, or on his way back.

In his grimy work clothes, holding the reins with well-muscled sculptor’s arms, Abueva was like Vulcan in his silver chariot, heading out from the forge where his marvelous creations emerged.

It was an uncharacteristic flamboyant streak from a man who, by all accounts, remained humble and self-effacing despite the numerous accolades and awards he received for his groundbreaking work.

“I’m an old-timer in the art scene, and I’ve met a lot of artists young and old, and I can tell you, the most humble among them was Billy Abueva,” says Luis Yee Jr., better known as Junyee, who served as one of Abueva’s apprentices from 1964 to 1967.

“I helped build that chariot,” recalls Yee, who was fresh from Agusan del Norte on a scholarship, and in his first year of Fine Arts when Abueva invited him to become an apprentice.

“I was there from drawing board to finish, and I was with him when he first took it out,” he recalls.

“One day, he handed me a basket and said we were going to Nepa Q-mart. I thought we were taking the car but to my surprise, he wanted to take the chariot. I was so embarrassed. I was fresh from the province, not used to Manila. I felt like a squire to a bearded Roman warrior. Except that instead of a lance or bow and arrow, I was carrying a basket. People stopped to look at us, they had never seen a chariot on the road. When we got to Q-mart from Diliman, he parked in front, took the basket and asked me to watch the horse.”

To his further embarrassment, the horse took a massive dump on the road, which drew the attention of the police.From then on, they often took the chariot from Abueva’s studio to the College of Fine Arts, where the horse also did its thing, much to the annoyance of the security guards.

The Vulcan comparison may be apt in more ways than one.

“He was a god, in a sense, in the field of modern sculpture,” Junyee says. “He was the one who brought the fire. He has a lot of awards, and recognition, but it was his introduction of modern sculpture that changed the art scene. That, I think, is his greatest contribution.”

In fact, he adds, Abueva had influenced him greatly even before he met him.

“I was transformed into a practitioner of modern sculpture because of him, even before I met him,” he says.

During his first days in Diliman, he went inside the UP Chapel and was confronted with Abueva’s double figure of Christ suspended above the altar.

“That was my road to Damascus,” Junyee says. “Suddenly, I understood the essence of modern sculpture.”

“Then I enrolled in his class in Elementary Modeling,” he continues. “It was the second month of my first year in Fine Arts when he asked me to be his apprentice. I couldn’t believe it.”

It was then that Junyee was introduced to Abueva’s method, which was learning by doing. The workshop had been making a 10-foot statue of Jose Rizal, commissioned for the Makati municipal hall. The armature for the body was done. Abueva told Junyee to make the armature for the head.

“It was traumatic,” he recalls. “I had never done it before. But somehow I survived. That was my first day.”

He soon discovered that Abueva was a doer, not a talker. You learned by observing him. He would answer questions when asked, but without too much enthusiasm.

On the other hand, Abueva also had an avuncular aspect: apprentices were treated like one of the family, sharing meals, and going to art events with the maestro. Despite his taciturn ways, Junyee adds, Abueva was also had an extensive library and a formidable intellect that few really saw.

“Everyone who apprenticed under Billy was influenced in their style, except me,” he says. “What I got from him was his restless mind. He would do figurative, he would do modern, he would do abstract, all at the same time. For that I’m really grateful because he shaped my way of thinking, without me knowing it, without him knowing it.”

After his apprenticeship, Yee went on to forge his own path in sculpture. (See “Junyee at Junyee at 75: From mortuary assistant to the Philippines’ ‘orig’ installation artist,” PDI Lifestyle, Nov. 5, 2017). –CONTRIBUTED

The remains of National Artist Napoleon V. Abueva lie in wake at the Chapel of the Holy Sacrifice in University of the Philippines Diliman, Quezon City.