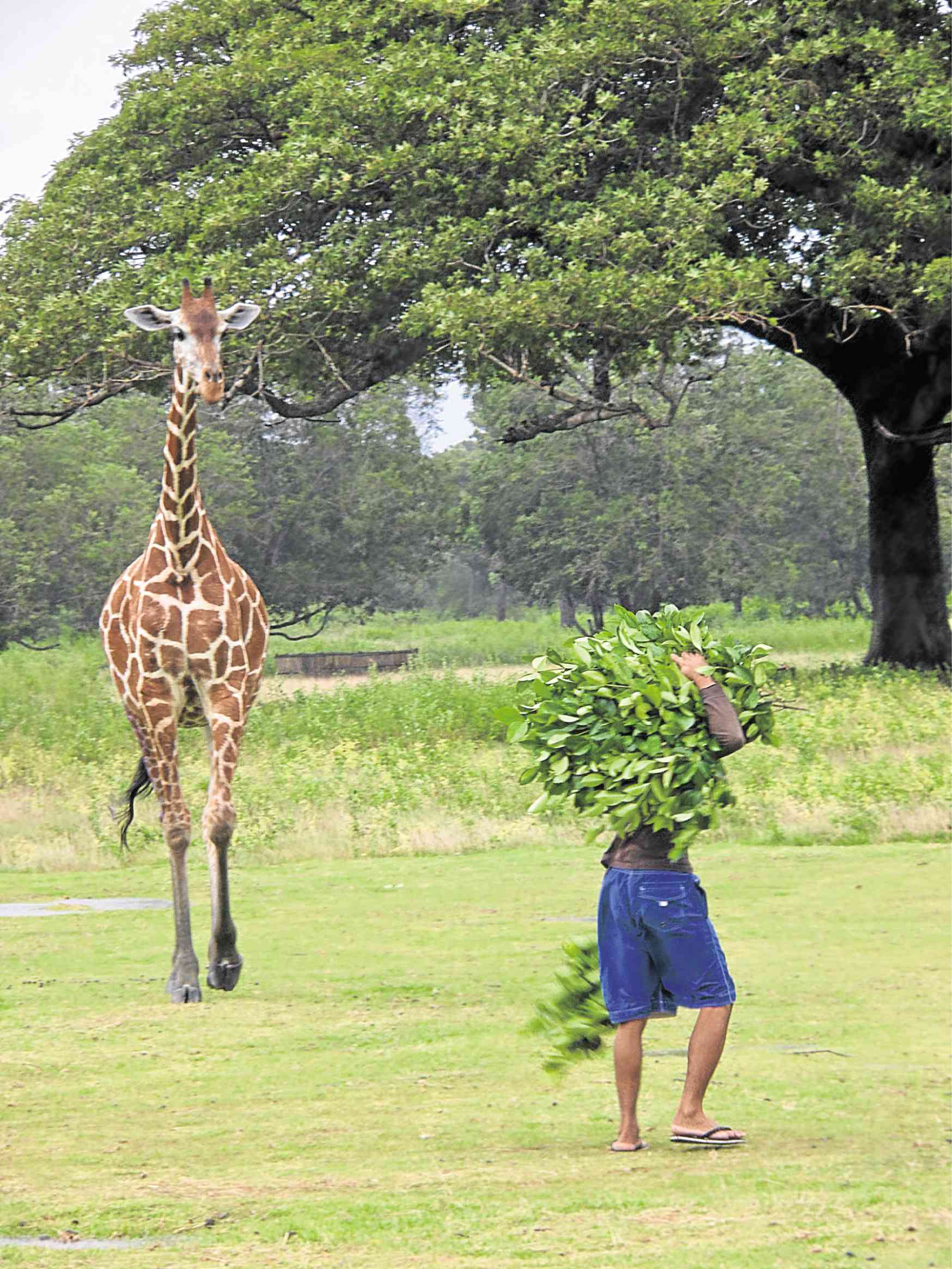 Although it was hard to tell if this was another of his jokes (he was more a stand-up comedian than tour guide), the information made sense, as the word meant the same in other Philippine dialects.

Coron, on the island of Busuanga and one of Palawan’s most popular travel destinations, may not be the proverbial pot of gold, but visitors will find there are other treasures to discover in this relatively still pristine spot in the Philippines.

It’s the starting point and base for exploring the diverse and beautiful Calamian group of islands, if the climate is good, because the open sea is not conducive to island-hopping in bad weather. (The weekend of our visit, it rained almost nonstop for two days. We had to content ourselves with bird’s-eye views of the islands from the plane.)

But the Calauit Safari Park (aka Bongbong Marcos’ folly, an attempt to carve a piece of Palawan into an African jungle so he and his closest and dearest can make believe they are big-game hunters in the African wilds) is accessible even on a rainy day. It takes only a few minutes to cross a river that is always calm. Philippine-born giraffes and zebras (offspring of African imports) still roam the vast expanse. Keeping them company is a herd of Calamian deer, an endangered, indigenous species.

The sanctuary is now run by the Palawan provincial government and managed by a handful of people, which does not include a veterinarian. When the animals get injured as they forage for food, the handlers use whatever remedy that humans use for wounds (the violet etiol, technically a remedy for lice infestation, was daubed on a giraffe’s wound).

Visitors can feed the giraffes from an enclosure with leaves and grass collected by sanctuary hands.

In the town itself, there is the Mt. Tapyas View Deck to scale. The determined has to climb 721 steps to the top. From the view deck, one enjoys the view of the still lush mangrove forests, surrounding islands and Mt. Darala. It takes about half an hour to go back to the town.

At ground level, there is the Maquinit Hot Spring to soothe the body after the arduous climb. A man-made pool collects free-flowing, hot salt water, rich in minerals and heated by a volcano to around 40°C (105°F).

Other attractions are the San Agustin Church, the town plaza, the market that sells the delicacy lamayo (fish, usually danggit, marinated in vinegar, garlic and other spices) and souvenir shops that sell things Palawan is known for—raw honey, cashew nuts and pearls, among others.

A visitor can tour the town of Coron and the whole island of Busuanga in a few hours.

For nature-loving visitors, Sophia’s Garden, a 22-room resort, lives up to its name, bringing to guests’ doorsteps a little of the island’s lush vegetation.

The complex, built in 2012, is anchored by the restaurant that connects the two-story building with guest rooms on one side and the reception area and gift shop on the other. It is set between a decades-old garden in front and a mangrove forest at the back.

Sophia’s Garden is close to popular tourist destinations like Kayangan Lake, numerous magnificent beaches and astonishing coral reefs. The pier, where boats will take visitors to Black Island and Sangat Coral Garden, is only a few minutes away.

While guests enjoy modern amenities, Sophia’s Garden has made sure the greenery remains untouched. Many of the trees, like the fruiting sampalok and banaba, show their age but add to the charm of the garden, which relies mainly on a clever mix of foliage of different colors, broken by an occasional blooming orchid or another flowering plant.

The outdoor pool, which includes a Jacuzzi, is fringed by palms and other plants native to Coron. When island-hopping is a no-no because of the weather, guests can lounge around the pool and imagine themselves on an island with the thick foliage surrounding them.

Travelers looking for good food do not have to stray far from Sophia’s Garden to enjoy five-star meals given distinctive Palaweño touches and using local ingredients. Resident chef Francis Christian “Janjie” Ocoma, who honed his culinary skills at the Malampaya oil rig, can whip up local, Continental, Asian or American dishes upon notice.

A graduate of De La Salle-College of St. Benilde, Ocoma—also known as the “Lakwatserong Kusinero” for having traveled the breadth of the Philippines—says his experience at Malampaya, where people of different nationalities could ask for various dishes at all times, prepared him well for a job in a resort with guests of different tastes and preferences.

Although from Lucban, Quezon, Ocoma does a melt-in-the-mouth tibok-tibok that will please even the Kapampangan.

The chef is in charge of Sophia’s main food outlet, El Comidor, the Viewdeck Grill House in the town proper, and airport coffee shops in Busuanga and Puerto Princesa.

Trips to Coron may be arranged through Sophia’s Garden partner Amika Travel and Tours. Under the Paddle and Kayak Travel Corp., Amika Travel and Tours offers a number of packages to allow travelers to make the most of their Coron visit—lazing on the shore of serene Kayangan Lake, exploring underwater shipwrecks, island-hopping, swimming in the crystal-clear waters of world-renowned beaches, or getting up close and personal with animals in the Calauit Safari Park.

SkyJet’s 90-seat BAE-146, a British Aerospace-made aircraft, is designed to take off or land on short runways and is the largest aircraft servicing the Manila-Busuanga route. With the trip taking only 30 minutes, SkyJet is the fastest way to get to the island.

SkyJet provides free snacks and drinks on board.

Coron may not be the pot of gold at the end of the rainbow, but for nature lovers and every traveler who loves sun, sand, sea, fresh air and a clean environment, it’s a must-see. —CONTRIBUTED