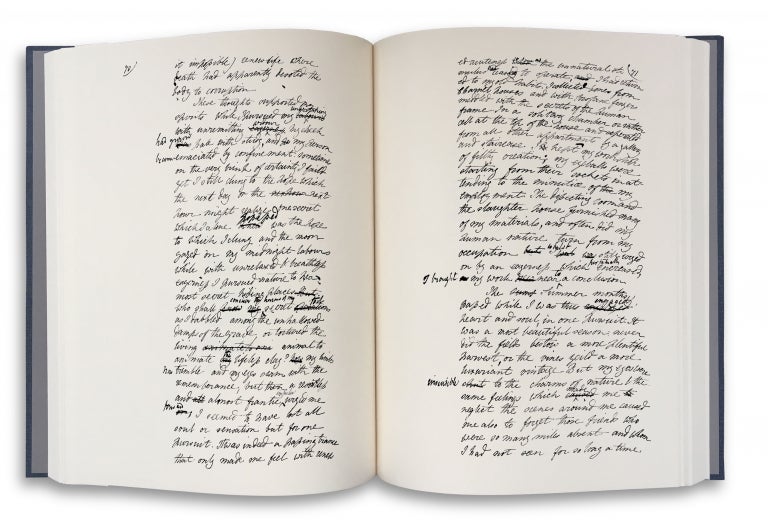 To mark the bicentennial of the publication of Mary Shelley’s classic novel “Frankenstein”, an independent publishing house is releasing a manuscript that comes from Shelley’s original handwritten notebooks.

Shelley was just 18 in 1816 when she envisioned the famous horror story, taking inspiration from a ghost-story competition on a stormy night while she was vacationing with friends including Lord Byron and Percy Shelley.

The resulting story of Frankenstein has come to be considered one of the greatest horror novels of all time.

Held in the Bodleian Library in Oxford, Shelley’s handwritten manuscript reveals her creative process and a dialogue with her lover, Percy Shelley, whose annotations, corrections and playful comments can be found on the pages.

In one example offered by the publisher, SP Books, Percy addresses Mary has “you pretty pecksie!” and Mary responds by calling Percy “Elf.”

The notebooks also reveal the evolution of Shelley’s famous monster as the author changed and revised her story and characters: initially referred to as a “creature,” the monster later becomes known as a “being” with human emotion.

Paris-based SP Books is publishing just 1,000 hand-numbered editions of the “Frankenstein” manuscript, each of which is presented in an iron gilded slipcase. The manuscript, which can be pre-ordered now, is being published in March. JB