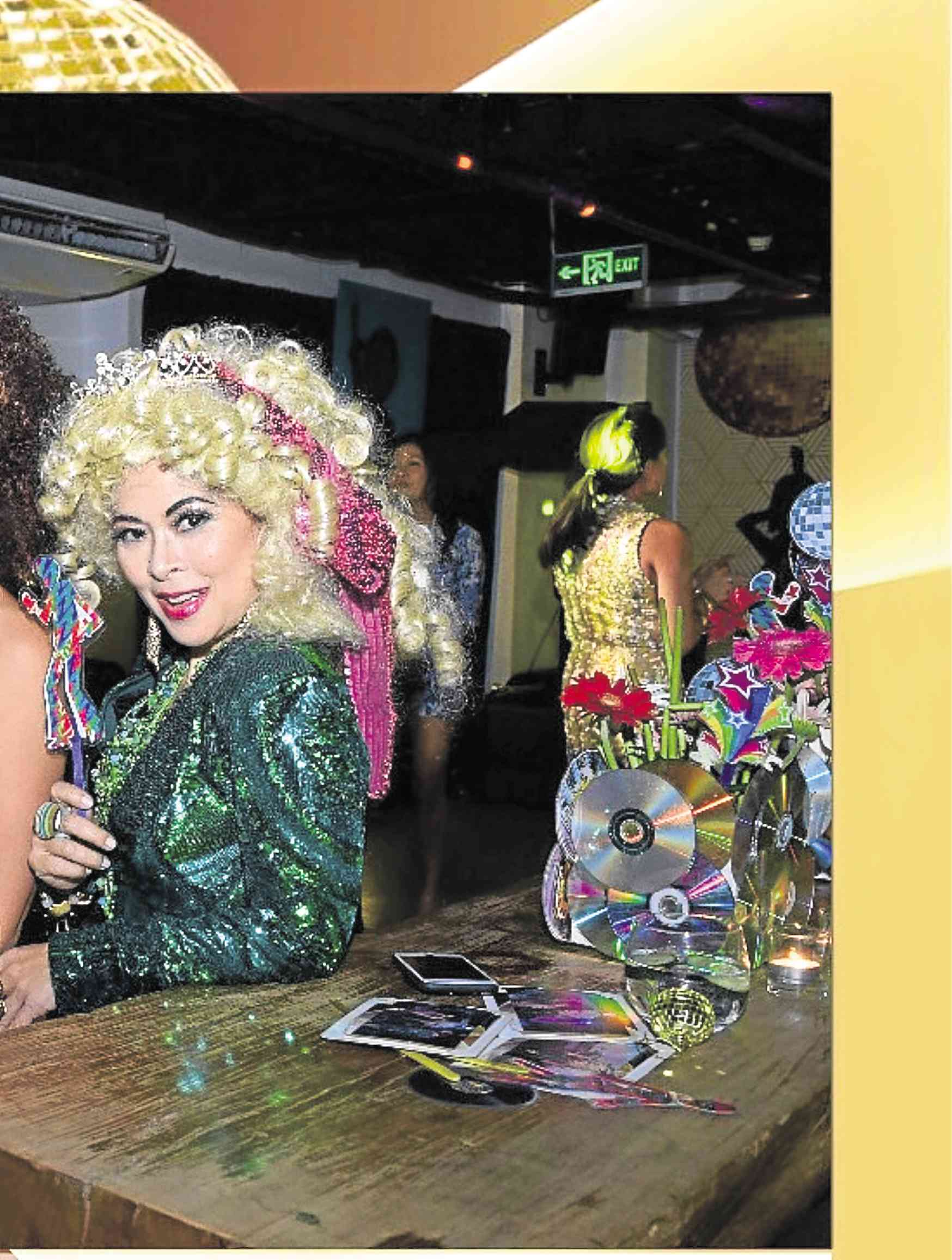 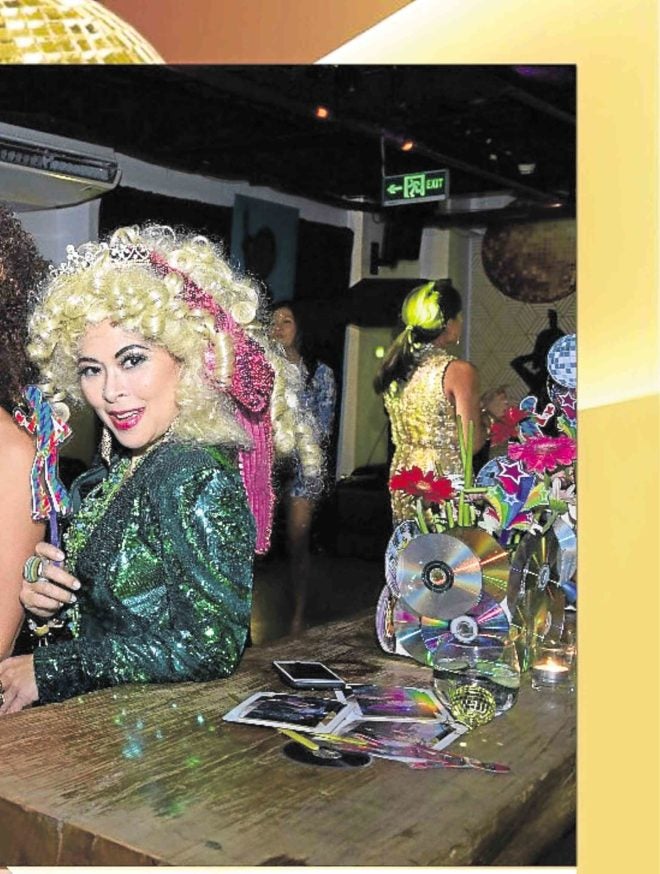 Let’s celebrate love these last few days of February! Apart from Valentine’s Day and Chinese New Year, so many birthday celebrations and store openings filled my social calendar this month of hearts.

My love of theme parties is well-known. That’s why I was so thrilled to attend the joint Big 5-0 birthday bash of Zumba mates Steffi Chiongbian and Marilu Batchelor, because their theme was Disco Glam. Our Zumba instructor Robert Nee led the dancing at Mess Hall by Moment Group.

Monique Villonco celebrated her milestone with a similar Studio 54 theme, transforming White Space into a psychedelic dance floor with metallic curtains. With two live bands and a DJ, everyone had a blast and danced the night away.

The love of food is one that my good friend Pepper Teehankee certainly has in abundance. He recently invited me to the simple reopening of a small restaurant in Poblacion called Three Guys and a Grill. Pepper is part of the trio behind Three Guys. Duncan Gates from New Zealand and Tom Thurnherr from Switzerland are the other partners.

I had heard this place sells great hotdogs and sausages! Three Guys also serves chicken hotdogs, with a choice of white or wheat bread, and instead of French fries, they have root chips made from kamote and cassava. Check out Three Guys at 4364 B. Valdez St., off Makati Avenue, or in their other branches in Shangri-La Plaza Mall, Southwoods Mall and Grub Garden in Manila. For more info, check their Facebook page.

The love of art meets the love of philanthropy at the annual Asian Cultural Council (ACC) Art Auction on March 3 at Leon Gallery. This year’s ACC auction includes the most-awaited sale of a staggering masterpiece by National Artist Jose Joya, “Space Transfiguration,” which was the winning piece at the 1959 Art Association of the Philippines. The artist’s sister, Josie Baldovino, felt it was time for the family to make this masterpiece, a favorite of our national artist, available to the public.

The ACC Philippines Foundation raises funds to support their Philippine Fellowship Program for local artists. Since 1963, over 400 artists and scholars across arts disciplines have benefited from the fellowship grant through the support of ACC New York. Upon the institution of the ACCPFI in 2000, the Philippine Fellowship Program commenced upholding ACC’s vision of promoting cultural exchange and international dialogue, understanding and respect while advancing the development of Filipino artists.

National Artist for Dance Alice Reyes is one of the esteemed ACC fellowship alumni. Alice is also artistic director of Ballet Philippines. BP recently presented a fiery and fun “Don Quixote” at the CCP Main Theater.

Guest artist Joseph Gatti wowed the audience with his multiple turns and exuberant leaps. He had the audience whooping in delight from beginning to end. Gatti is a former principal dancer with Cincinnati Ballet and Corella Ballet. He is the winner of ballet competitions including the New York International Ballet Competition and World Ballet Competition. He performed in Manila for two nights only with our very own ballerina Candice Adea, who was every bit as charming and amazing. Making the ballet even more special was the live performance of the Manila Symphony Orchestra, conducted by Jeffrey Solares.

The love of local ballet is strong with aficionados like Margie Moran-Floirendo, Ballet Philippines’ outgoing president. She has been with BP for nine years and has done amazing things for the company. She made her final speech that night, turning over the reins to May May Liechtenstein. During the last performance of “Don Quixote,” the dancers and staff paid tribute to their tireless supporter. This year is going to be the penultimate one before BP turns a golden 50.

Love and world-class Filipino artistry are celebrated in the local theater scene as Tanghalang Pilipino, the resident theater company of the Cultural Center of the Philippines, concludes its 31st Theater Season with a play about love.

“Nang Dalawin ng Pag-ibig si Juan Tamad” is a new and original production based on National Artist Nick Joaquin’s story, “How Love Came to Juan Tamad.” Literary critics describe it as the correct explanation as to why Mariang Makiling forever nurses a broken heart and why Juan Tamad remains a pop idol, a model for the young.

The play showcases TP’s very own Actors Company under the direction of Jonathan Tadioan, with production and costume design by Marco Viaña, sound design and composition by TJ Ramos, and choreography by Ronelson Yadao. “Juan Tamad” is co-presented by the CCP, TP and Hotel Kamana Sanctuary Resort & Spa, and brought to us by Yellow Pages. It runs until March 11 at the CCP Little Theater, with performances at 8 p.m. and matinees at 3 p.m.