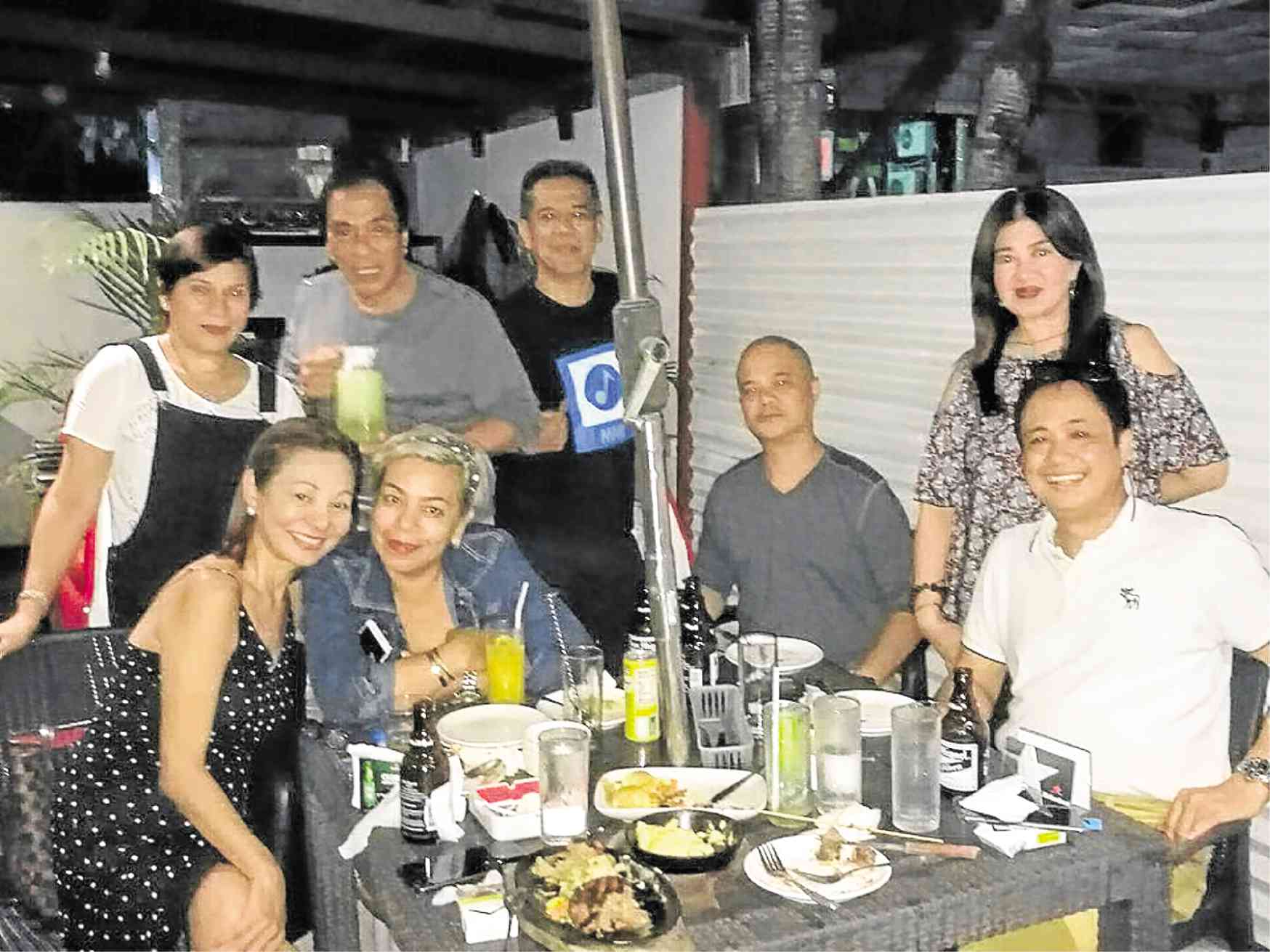 On a Tuesday night I found myself in Better Living Subdivision in Parañaque—persuaded by friends to check out two places offering good eats with cold beer.

Located along Doña Soledad Extension, Steak 101, as its name suggests, specializes in steaks as well as burgers. Owned and operated by Monch Puno, who is married to Sandy Andolong’s sister, Nerissa, the place resembles an American diner.

In front of the main entrance are the fenders and the hood of a Volkswagen, converted into restaurant seats.

From the menu that lists Australian, New Zealand tenderloin, rib eye and sirloin steaks, as well as USDA Angus T-bone and Angus porterhouse varieties, I played it safe, opting for a simple burger steak.

There was also delectable barbecue, but what bowled me over was the grilled salmon in lemon butter sauce and lots of garlic. Washed down with ice-cold beer, the food is what most certainly convinced Steak 101 patrons that there’s no need to venture out of Better Living.

On the same night, our group proceeded to Sawsawan, a bar and restaurant that looks like a budget-friendly watering hole. I’m almost tempted to call it a beerhouse—except that the house music is sosyal and played by a DJ.

But Joson suggested I try the Papel de Liempo, deep-fried, thinly sliced, bacon-like pork belly, one of Sawsawan’s original dishes. It came with a sweet-and-sour sauce, though I asked for the traditional suka at sili. Either way, the Papel de Liempo went perfectly well with San Miguel Pale Pilsen.

The ’80s dance music that was blasting would’ve been fine, if only the DJ turned down the volume just a bit—because Sawsawan is a bar, not a disco.