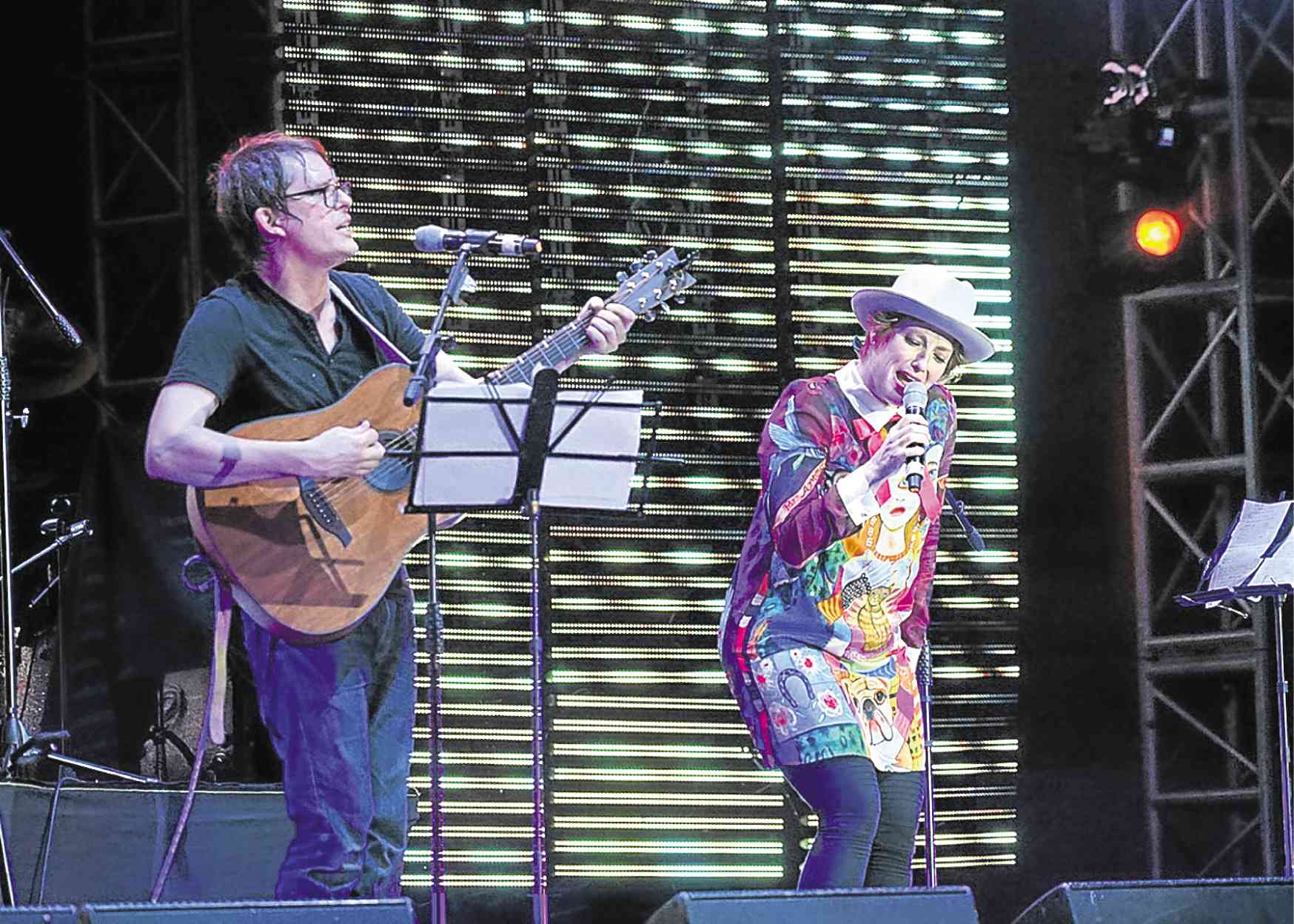 LeighNash just gave the best Playback fest setlist, even performing “Need to be Next to You” after 17 years.

Nostalgia-fueled swoons and sing-alongs at the Playback Music Festival

We were trying our luck with the claw machine, an arcade game filled with Inquirer’s Guyito stuffed toys, when a familiar high-pitched, sweet and skipping melody began playing.

In huge company, we found ourselves running from one end of Circuit Makati last Feb. 10, each step going as rapidly as the piano keys of Stephen Speaks’ “Out of My League.” Everyone inched closer to the stage as this 1999 hit played live at the first Playback Music Festival, and loud screams accompanied its first notes.

Once the lyrics were due, there was no more doubt that the crowd had fallen for the tunes of the past decade once more, on a night where everyone signed up to be vulnerable to nostalgia. He then introduced another sweet acoustic serenade, a song about never having to call them the one who got away.

“This is a new song from a new album that I’m working on, it’s called ‘Cold Feet.’ I wrote it for my wife. I knew I was in trouble and I talked to myself, I gotta get out now or be with this girl forever, and so obviously I went on and got her. I wrote this song to remind myself of that feeling when you get cold feet, when you get scared,” frontman Rockwell Ryan Ripperger told the music festival goers.

He then took things slower by performing his favorite track titled “All These Things” before doing a cover of “Hey There Delilah” by Plain White T’s, which Ripperger revealed he tried to buy from the band during the MySpace heydays.

Stephen Speaks ended their set with the crowd-favorite and eternal road trip song choice, “Passenger Seat.” Its interludes are as romantic as its words, with the smooth tenor saxophone notes courting the evening breeze.

Leigh Nash of Sixpence None The Richer struggled to begin her set with “Breathe Your Name.” After the song she looked lovingly to her husband and lead guitarist Stephen Wilson and said “don’t play too loud, darling, so I can hear myself.” The crowd laughed and swooned at the couple’s chemistry and sweetness on stage.

“Kiss Me,” of course, was played to the hopeless romantic crowd’s delight. But the real highlight of Nash’s set was when she sang “Need to be Next to You,” which the singer has not performed in 17 years. But now she said it would—as it rightly should—be part of their next shows.

After playing a few tracks, Vertical Horizon’s frontman Matt Scannell blew some birthday candles on stage. He turned a year older on the same day of the festival, and he orchestrated the crowd into singing him a happy birthday before midnight approached, but he didn’t expect a pair of birthday cakes to pop on stage.

This isn’t the first time Vertical Horizon is doing a live show in Manila, but the way their fans sang along with them brought along a flurry of nostalgic memories, where “Everything You Want,” “Best I Ever Had” and “You’re a God” have always been part of our favorite mixtape and, later on, iPod classic playlists.

After three hours of engaging acoustic songs, the English boy band Blue changed the tempo of the night—and they didn’t let dysfunctional mics stop them. Blue’s recorded tracks honestly don’t give their live vocals justice at all, and we must say the charming crooners have only gotten sexier with age.

Everyone was hyped by their synchronized dance moves, everyone started swaying to the familiar snappy pop and RnB medley of “U Make Me Wanna,” “All Rise” and “Fly By.”

The daylong exhaustion of the festival did not wear down the festival crowd even when “One Love” played late at almost 3 in the morning. Everyone still knew the lyrics to their most famous hit, and come the chorus the crowd all had their hands in the air, exclaiming: “Oh, I do believe one love is all we need!”

This throwback music fest just makes us want to hit the rewind button as much as we could. Now don’t you think we all need a 2000s-themed Playback Music Festival?