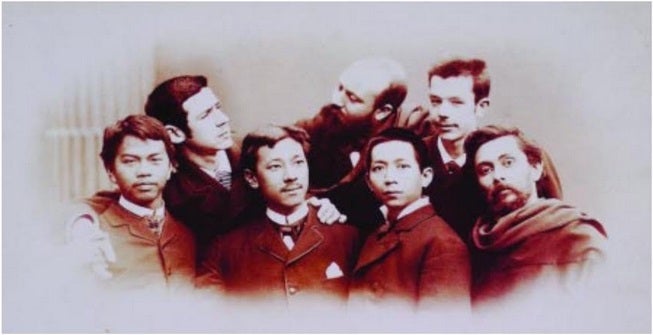 Philippine artworks spanning 110 years—from the 1880s to the 1990s—by 12 very important artists are the focus of “Elsewhere,” León Gallery’s special exhibit during the 2018 edition of Art Fair Philippines on March 1-4 at The Link, Ayala Center,  Makati Avenue, Makati City.

Exhibit is in collaboration with the Asian Cultural Council Manila.

The exhibition takes a page from the ACC’s storied tradition of sending Filipino artists abroad to perfect their art.  Its precursor, the John D. Rockefeller Foundation, sent its first Filipino artist, Joya, to New York in 1968, and after him, hundreds of other visual artists and photographers, curators and critics to broaden their horizons.

According to Nakpil, the  first Filipino to go “Elsewhere” to pursue his art was Lorenzo Rocha, who in 1858 (at age 20) was dispatched by the Manila Academia to Madrid to study at Royal Academy of Fine Arts of San Fernando.

The Madrid Exposition put on display the Philippines as the jewel in the crown of Spain’s colonial empire. A crystal palace was built in Retiro Park to house flora and fauna as well as tribesmen from all over the country.

In this fine work, the Queen Regent Maria Cristina and her daughter Princess Mercedes are dressed as Roman goddesses; the monarch wields the sword of justice, her daughter carries the olive branch of peace. A courtier beside the queen, presumably the first minister of overseas colonies, carries a strongbox in the shape of a fortress, possibly containing the treasures of the Ultramar, the lands at the edge of the ocean. The group of Dons, dressed in Spanish black and Elizabethan collars, are dressed in ensembles from several centuries before, hinting that this may be the court of Philip II, who gave his name to the Philippines. Filipinos in straw hats present a pile of precious silks to the majesties.

“Valledor belongs to the second wave of American artists after abstract expressionism—a group famously called ‘post-painterly abstractionists,” Nakpil said. “The son of migrant Filipinos who arrived in California, Valledor, like a certain other painter from the northern Philippines, quickly became part of the young cutting-edge art circles. Armed with an innovative talent, he fit right into the cool, avant-garde set that synthesized both jazz and the abstract art.”

Valledor is considered a pioneer of the hard-edge painting style and then became a leader of the minimalist movement in the 1970s. His works are displayed at the San Francisco Museum of Modern Art as well as in other key US institutions. —CONTRIBUTED