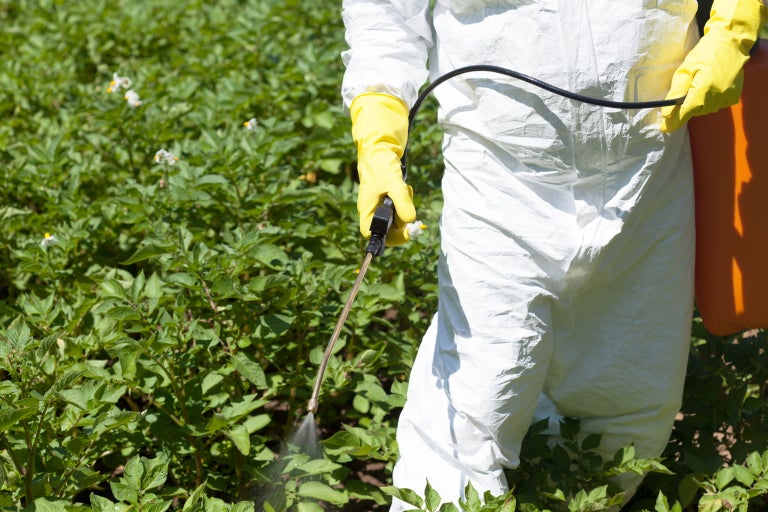 France is Europe's biggest food producer and the government has announced plans to reduce the use of all pesticides. Image: Mihajlo Maricic / IStock.com

Almost three- quarters of fruit and more than two-fifths of non-organic vegetables contain traces of pesticide in France, with grapes and celery the most affected, a report said Tuesday.

Samples of 19 fruits and 33 vegetables were studied in the report by Generations Futures, a French environmental group that campaigns against pesticide and GMOs, using 2012-2016 data from consumer protection agency DGCCRF.

“For fruit we found that on average pesticide residue was present in 72.6 percent of the samples analyzed,” the group said in a statement, with 2.7 percent of those cases exceeding the authorized limit.

Eighty-nine percent of the grapes sampled contained traces of pesticide, the report found, followed by 88.4 percent of clementines and mandarins, and 87.7 percent for cherries.

Cherries had on average the most cases above the authorized limit with 6.6 percent, while mangoes and papayas had 4.8 percent.

For vegetables, 41.1 percent of the samples were found to have traces of pesticides, with 3.5 percent above the official limit.

Celery had the most pesticide traces of any vegetable with 84.6 percent affected, ahead of fresh herbs at 74.5 percent and endives at 72.7 percent.

Of the fresh herbs sampled — which did not include parsley, basil or chives — 29.4 percent were above the limit, with celery at 16 percent.

The DGCCRF data only included residue that could be quantified, which means some pesticide traces went unreported. “The results actually ignore some of the residues present,” Generations Futures said.

France is Europe’s biggest food producer and the government has announced plans to reduce the use of all pesticides.

Fruit and vegetable growers have pushed for a label for “zero pesticide residue”, distinct from organic, for produce that contains no more than 0.01 mg of pesticide per kilogram.

Generations Futures said this solution was not enough because although “these offers guarantee an absence of pesticide use” they but do not “eliminate environmental pollution”. AB