How about a family movie night? | Inquirer Lifestyle ❮ ❯ 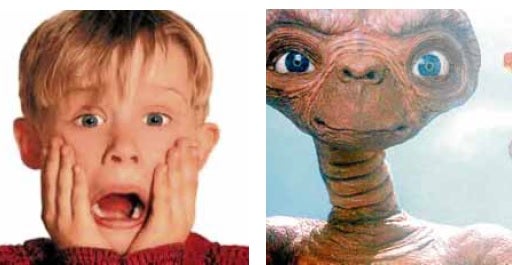 How about a family movie night?

One favorite family activity is our movie night, either on a Friday or Saturday, depending on everyone’s availability and cinema schedules.

When we can’t find anything family-friendly on the big screen, there’s Netflix or DVDs. While we watch the latest blockbusters in the cinema, my kids have come to enjoy “at home” movie nights, too. I usually serve up classics from my own childhood, giving them a glimpse of what their “old” parents enjoyed—on Betamax!

Despite the prevalence of computer-generated imagery in films that children are exposed to these days, the films of my generation have still managed to hold their own, thanks to their fun and unique stories. See if you recognize any of these titles.

“Hello. My name is Iñigo Montoya. You killed my father. Prepare to die.”

That line brings back memories of a swashbuckling pirate, a beautiful damsel in distress, a giant and other crazy characters. Unapologetically cheesy (with a name like Buttercup, what do you expect?) in its quest for true love and ridiculous in many instances, “The Princess Bride” is a classic your children will enjoy.

I had almost forgotten this little gem until about a year ago, when my son complained that he didn’t want to see another princess movie. With “Goonies,” he certainly got the adventure he was looking for—gangsters, a treasure map, an ’80s tech kid, humor that only little boys appreciate, and a pirate ship to boot.

3) “Back to the Future” trilogy

Do you realize we are now living in the “future” that, once upon a time, existed only in a sci-fi comedy’s alternate universe? We may not be using “hoverboards” as much as Marty did in “Back to the Future,” but video phone calls, mobile payment applications and flying drones are all part of our daily lives today, just as predicted!

And guess what? Good old themes, such as standing up to bullies, and loyalty to friends, are still appreciated today as they were 30 years ago.

There’s reason “ET” drew a lot of children and families. Anything that children can’t understand can be a scary and intimidating subject. But in “ET,” there are no hyper-special effects to bombard young viewers.

Watching it again as an adult now makes you realize that everything about the film is told from the child’s point of view. This is how it manages to convey such innocence, warmth and wonder. And even in this age of more graphically advanced films, there is none that has the heart of “ET.”

We have watched only the first three (set in the ’80s) with the children, and look forward to catching the fourth installment soon. Between the exotic locales used for the stories and the search for legendary artifacts such as the Ark of the Covenant while fighting the Nazis, long after the films are finished, you will still be busy discussing and explaining the countries and events depicted in “Indiana Jones.”

Countless remakes and sequels later, there is still nothing like the original Mr. Miyagi and his quirky way of teaching through menial tasks. Who can forget, “Wax on, wax off”? More than 30 years later, Mr. Miyagi’s inspiring life lessons on hard work, discipline and humility are still much appreciated.

I’m still deciding whether my children will enjoy or freak out on “Gremlins.” Either way, if there’s one relatively child-friendly horror film from the ’80s, this is probably it.

Featuring an initially cute and harmless-looking furry creature (similar to today’s TY stuffed toys), “Gremlins” will keep your children in line when it comes to remembering and obeying instructions.

However, it’s probably still best to review the film alone, before letting your children watch it, to decide if it’s something they will enjoy.

This epic fantasy about the adventures of a shy boy in the world of Fantasia is filled with scenes, creatures and villains that only the ’80s can create. Here, the power of imagination is given more importance than any kind of magical ability, and courage is found after battling one’s personal dragons. Expect a barrage of questions.

This backyard adventure featuring a wacky scientist, whose invention accidentally shrinks his children and their neighbors into insect-size humans, gives a different perspective on the ordinary things we take for granted.

There are parts I thought my children would find a little corny, but they sat through and enjoyed the whole film.

Though this film is not part of the ’80s, having come out in 1990, I included it because Macaulay Culkin was awesome in his breakout performance as the naughty yet lovable Kevin McCallister. (Yes, I was still laughing with my children.)

It’s about an eight-year-old boy who is accidentally left home alone and forced to defend it against bungling burglars, using improvised technics and weapons.

And who knew that underneath the comedy was a heartwarming tale about the importance of family? My children enjoyed this so much, we watched it again the following week.

Part 2 is great fun, but not as original as the first. It’s still worth a view, and if you watch closely, you’ll see the current US President make a cameo.