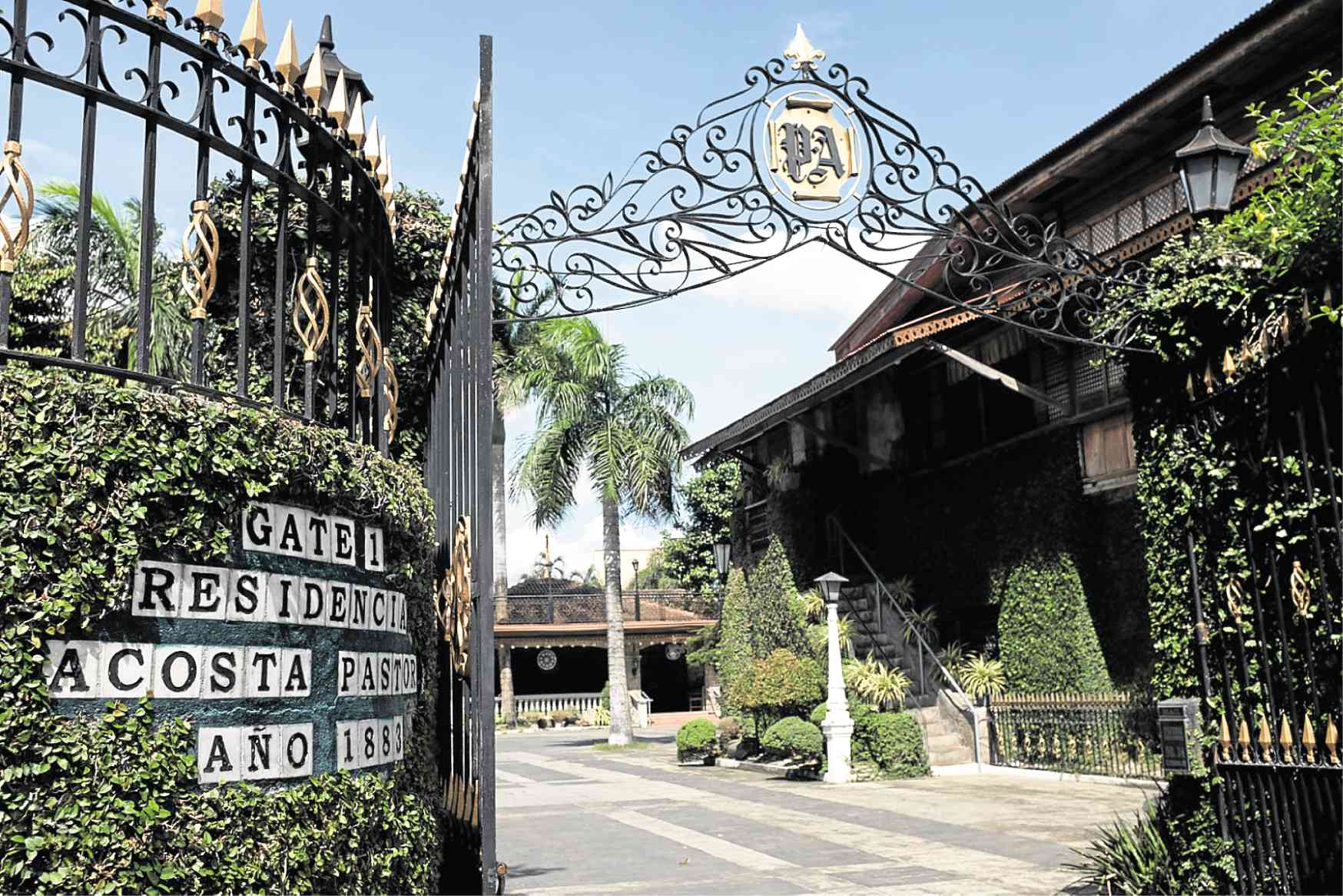 The main entrance of the Acosta-Pastor house

The Acosta ancestral house in Batangas City is one of only three structures built in the 19th century that is still standing in this city. Since 1883, it has been a mute witness to the passage of time.

Today, the house pulsates with the hustle and bustle of modern life. Its wooden floorboards creak under the weight of cousins who gather periodically in the sala to hear the clan patriarch, 89-year-old Tunying Pastor, play classical and Broadway tunes on the grand piano.

The lawyer and realtor manages the family home with the help of his 85-year-old brother, Luis, who also lives in the compound.

Seen from the road, this bahay-na-bato cuts a commanding image, a portion of its stone facade covered in fiercely green ivy. From time to time, the younger Pastor invites passersby to come up, and regales them with stories of his childhood with his eight brothers and only sister, and his late parents, Dr. Juan A. Pastor and Concha Q. Acosta.

“When you see a house like this, everyone’s big trip is to create an aristocracy,” said art curator and book author Marian Pastor Roces, who is also the eldest grandchild. “There is no old aristocracy in the Philippines, as it reaches back only 150 years.”

She dismisses this nostalgia as “a fantasy,” one that continues to be perpetuated.

Last December, the Acosta-Pastor clan gathered in an annual reunion that now includes members of the family’s seventh generation. The younger kids played on the shiny floor—while the older ones performed on the violin or electric guitar.

Roces posted photos of the party on social media which drew a deluge of comments. Friends said they were reminded of the house in “Ang Larawan,” the film adaptation of author Nick Joaquin’s “Portrait of the Artist as A Filipino,” a musical entry in last year’s Metro Manila Film Fest.

Instead of feeling flattered, Roces quickly sought to correct that impression.

“I can’t really connect with ‘Larawan’ because our old house seems to always be about the present and the future, joy rather than haunting, laughter and music rather than troubled whispers. It’s neither dark or gloomy. The air, birds, bats, breezes and sounds of the streets freely flow in and out,” she wrote.

She recalled how her grandfather, Dr. Juan Pastor, would meet with patients in their house, who would end up paying him in kind—eggs, chickens and sometimes even goats.

People think that all doctors are well off, but this isn’t always true. What Juan and his wife Concha valued was a good education, which they hoped would serve their children in good stead. “Instead of dividing the land they owned among their children, they sold everything— keeping only the house—to pay for their tuition,” Roces said.

“The house was originally owned by my mother’s family but it was eventually given to her,” Luis Pastor said. “My parents then saw to it that their 10 children would graduate from university, which we all did.”

By putting importance on solid education and not on acquiring and holding on to material things, Juan and Concha imparted this value system on their heirs.

“There are families that fight, cart away furniture, lamps and even doors. We all grew up here without knowing the concept of inheritance. You were supposed to go to school and later, be independent,” Roces said. 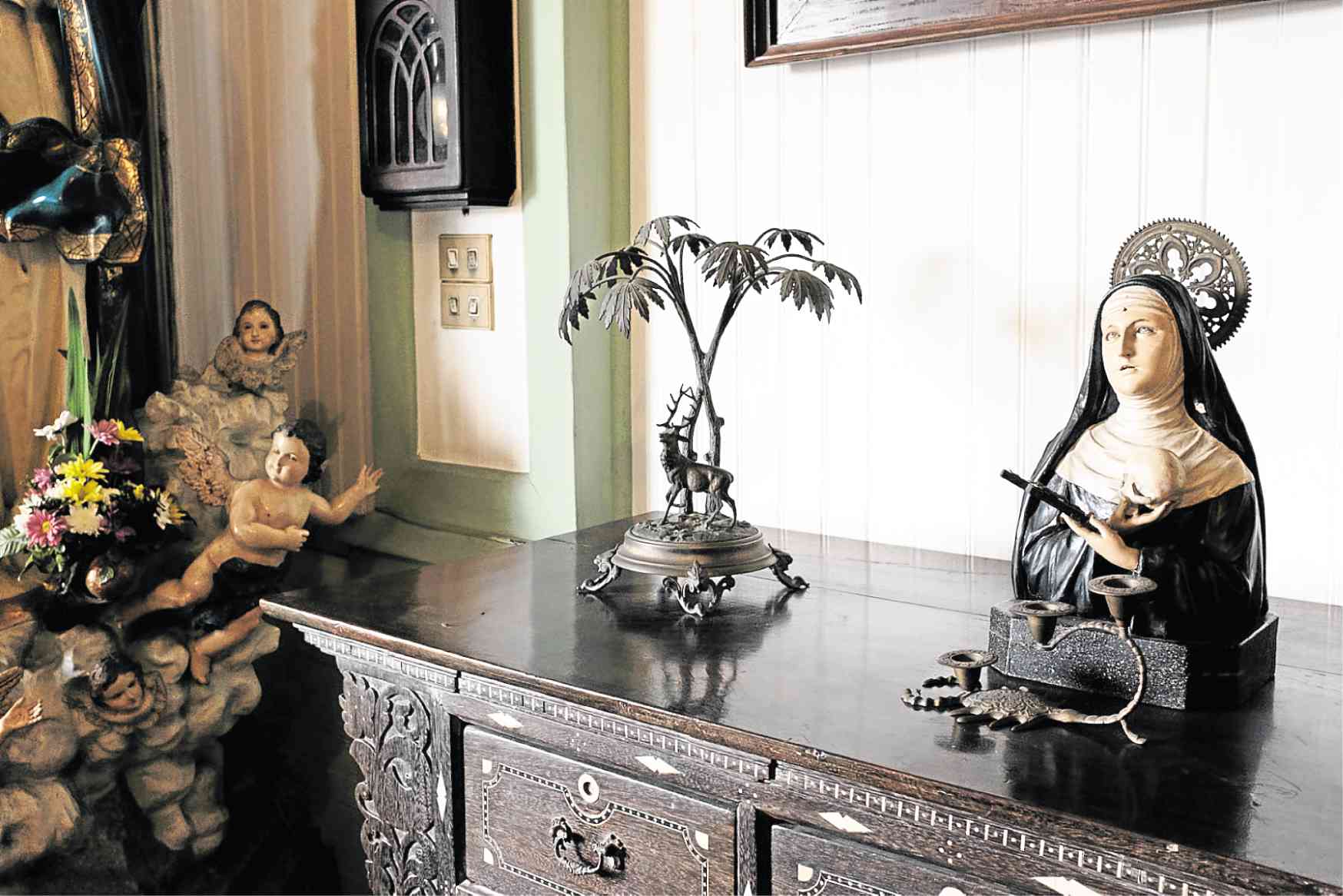 “We’re all very independent, but we’re also all very close. That’s why we’re always here,” adding that they are not the only ones with this kind of mindset. Unfortunately, the houses of the other Batangas families were destroyed or razed during the war.

Roces does not claim that all the carved wooden furniture and marble-top tables were originally part of the house. “If we spot something that might look good or work well in the house, we buy it,” she said. 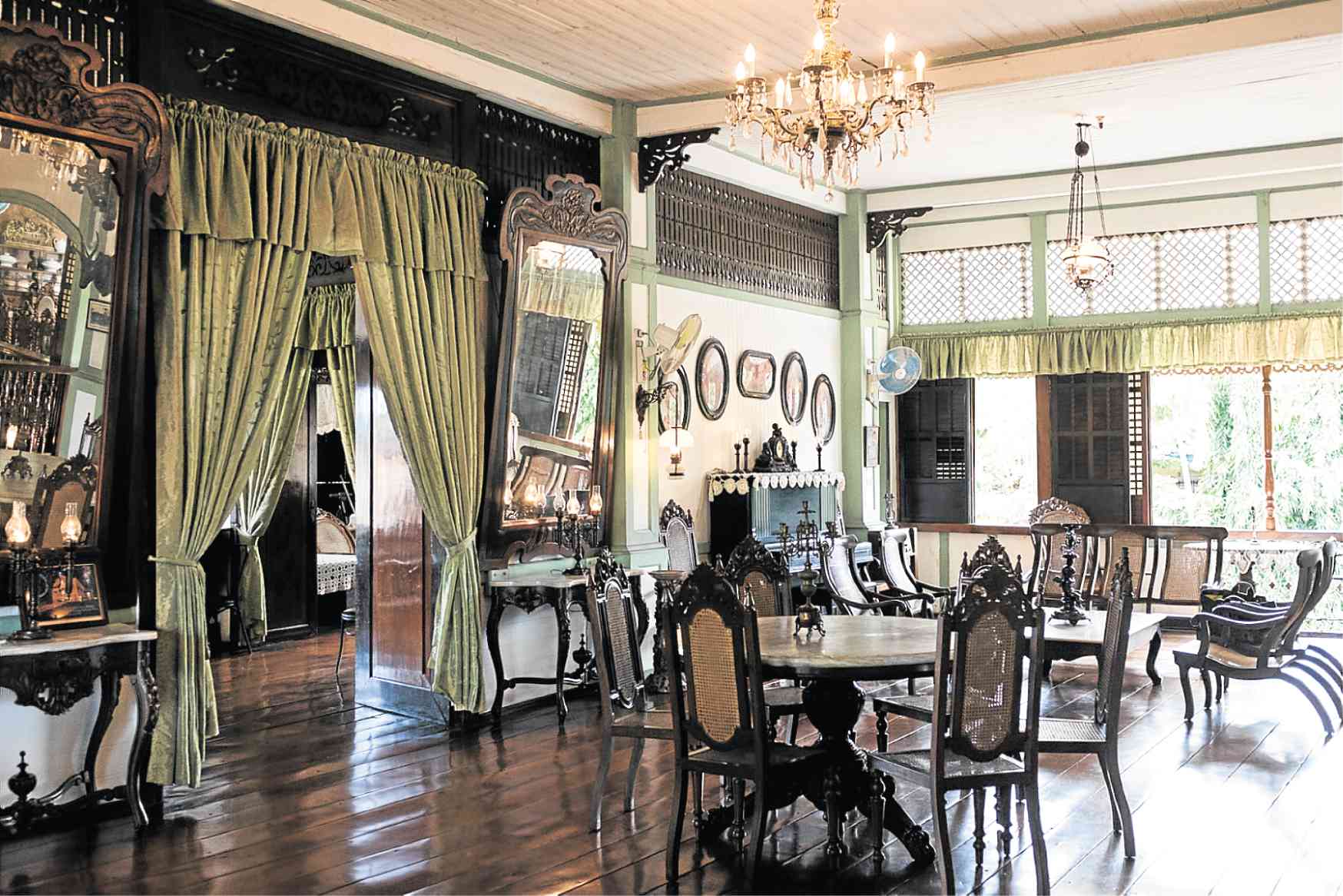 Several years ago, a foundation was set up to ensure that the house is always kept in order, free of dust.

“We can hold parties here and invite our friends over, but none of us will ever own this house,” Roces said. “This house has survived all these years because the family is not materialistic. The trick about old houses is to keep filling it with new spirit.”

That’s the longevity formula of this old house.