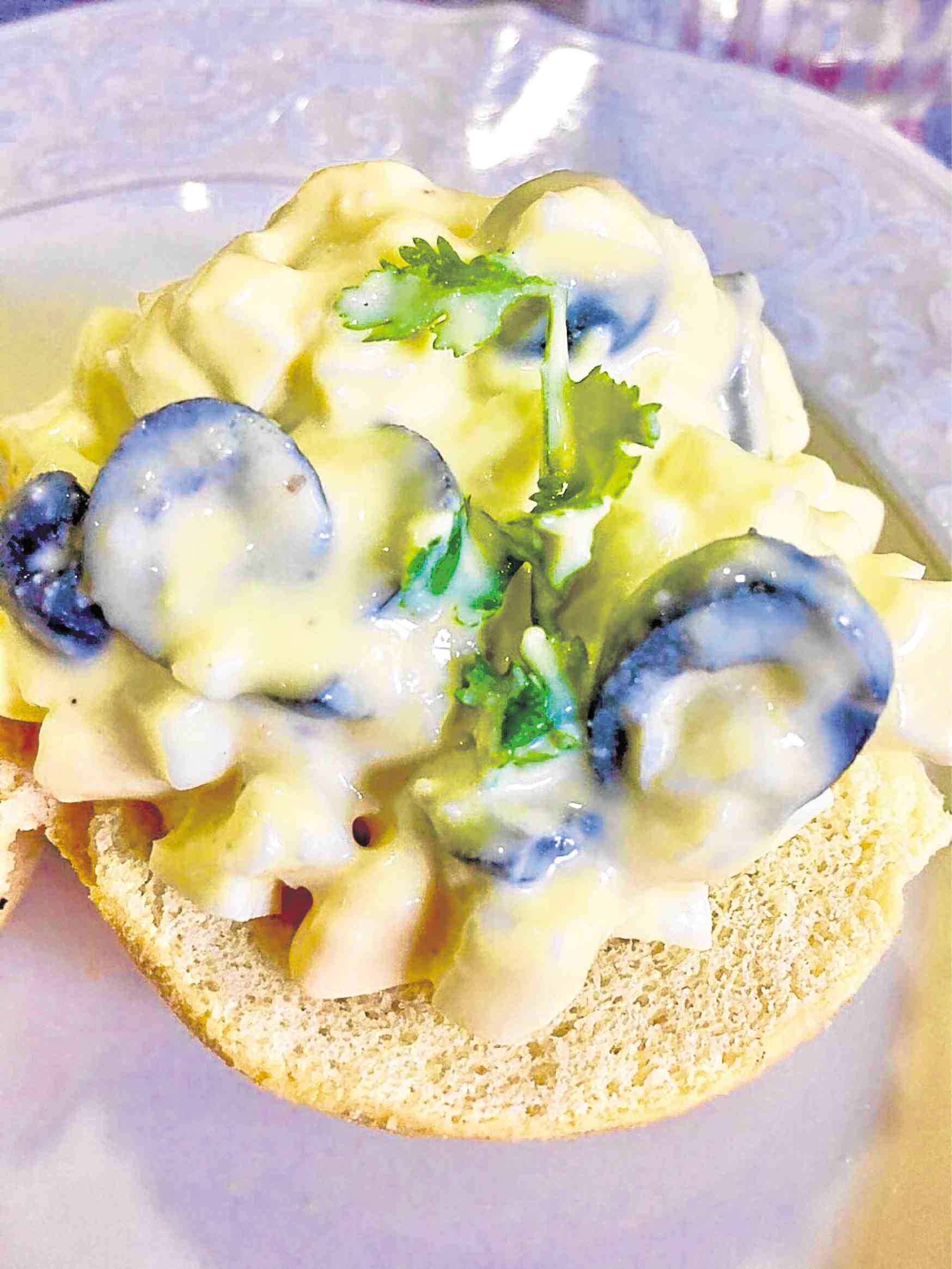 With cheese, butter or pig brains–the many ways of eating ‘pan de sal’

“It was a rough start,” Tiamzon said. “My girlfriend Ciarra (now his wife) and I pulled our savings together, looked for a baker and a space to rent to start our business.”

Tiamzon recounted how he watched over the bakery, supervised his baker as well as sales attendants.

Helino’s Filipino breakfast staple is a blast from the past—compact, dense, with a delightful chew—just as I myself remember the pan de sal of yore.

“I want each bite of my pan de sal to take you back in time,” said Tiamzon.

A self-confessed old soul, Tiamzon said he wanted his customers to experience memories of his childhood—when he would wake up and walk to the bakery, with the scent of bread baking in the oven and wafting through the air.

He said his pan de sal is no different from that of others, but is set apart by the love and dedication that he and his employees put into making and selling the bread.

Tiamzon named his bakery Genesis after his parents’ cell phone and cell card shop, which he said put him through school.

To each his own

Tiamzon said each customer has a peculiar way of enjoying pan de sal. One loves his with cheese and dipped in Royal True Orange.

I asked chefs and other foodies their preferences. Their answers are diverse and interesting:

Ana Ong—sliced, with condensed milk, with or without a sprinkling of cocoa powder, finished in a toaster oven.

Bongbong Marcos—with steak and onions, with or without eggs.

David Pardo de Ayala—with a spread of good quality butter, and with sliced manchego cheese, jamon serrano and warmed in a toaster oven.

Stevie Villacin—with butter and Trappist Guava Jam from Guimaras. Or with egg salad: rough chopped eggs that have been cooked in boiling water for 8 minutes. Added are American mayo, salt and pepper, and a few drops of truffle oil.

As for me, I prefer pan de sal sliced, toasted lightly and slathered with butter; stuffed with day-old pork adobo reheated over low fire until the meat begins to fall off the bone.

I would cap that with cranberry preserves. If I have extra foie gras, I’d slice these into slivers, pan-fry and top the adobo with it, and end with a bit of preserves.