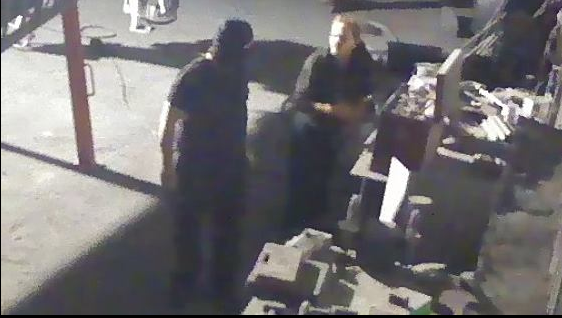 One business owner wasn’t fazed when two thieves broke into the premises of his company and stole power tools worth thousands of dollars. Tim Smith of Smith Crane & Construction Ltd in Johns Road, Harewood, Christchurch, New Zealand decided to make light of his sorry situation instead of drowning himself in misery, when he posted about it on Facebook last Feb. 27.

Smith addressed the thieves, asking, “We thought you might like to come and work for us? Maybe make an honest living instead of thieving off us?”

He then enumerated the attributes he is looking for that the thieves seem to have.

“You are obviously good at early starts and getting out of bed on time. You seem to know your power tools pretty well. You know your way around our yard. You may have good reliable transport to get to work on time. A brand new 2017 silver Hilux Ute was taken from our site a month earlier – was that you?”

Smith also uploaded a photo album he entitled “Dear thieves” where stills from the CCTV camera showed the robbers rummaging inside the premises of the building, one wearing a balaclava over his head, and the other without.

Smith then ended his post by telling the robbers to apply to his company. “You relate well to others as I see you have a mate/colleague/partner with you,” wrote Smith. “Please ask him to apply as well. We notice he still has his balaclava on so he must have slightly more intelligence than you.”

Meanwhile, Smith also announced to the public that he will be offering a $1000 reward if anyone can give him information leading to the recovery of the stolen items and lawful conviction of the two thieves.

Do you have what it takes? JB

Sweet-toothed thieves run off with truckful of Nutella, Kinder eggs worth $58,000 in Germany