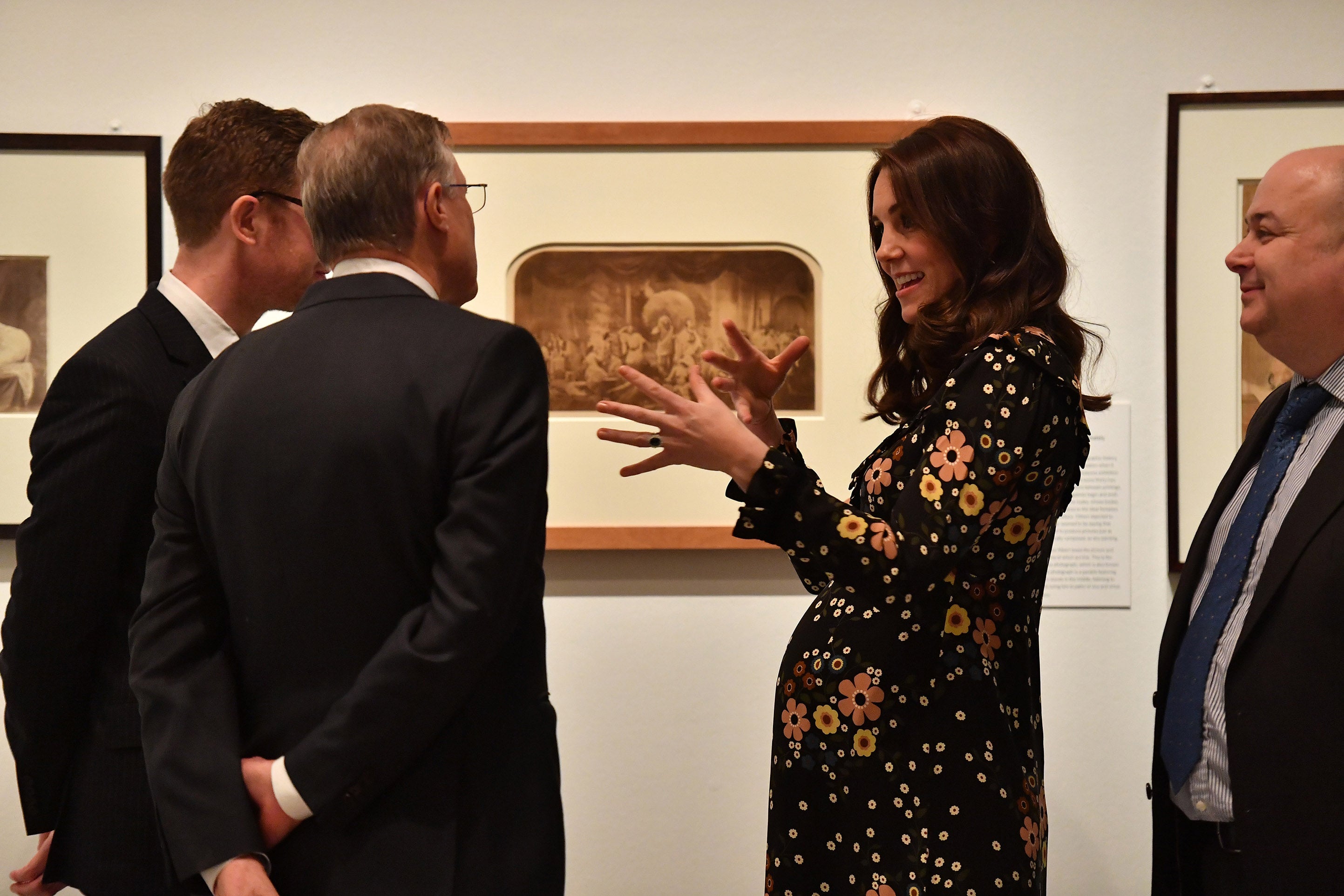 Britain's Catherine, Duchess of Cambridge gestures during her visit to the exhibition, 'Victorian Giants: The Birth of Art Photography'. Image: AFP/Ben Stansall

From Alice teetering on the edge of Wonderland to Charles Darwin mumbling into his beard, London’s National Portrait Gallery is exhibiting a rare selection of works by four pioneering Victorian photographers.

Lewis Carroll was not only a mathematician and children’s author but also a ground-breaking photographer.

The “Victorian Giants” show displays some of the photographs he took of young Alice Liddell, the muse behind his fantastical novel “Alice’s Adventures in Wonderland”, along with her brothers and sister.

Carroll was friends with three other Victorian “giants”, who inspired each other to push the boundaries of the latest art form to produce sublime portraits.

The exhibition brings together the four artists for the first time, with some photographs never seen before by the public.

Curator Phillip Prodger said the photographs’ distinctive style represented “the birth of the art of photography”.

The photographs explore a broad range of subjects.

Children — symbols of purity and innocence at the time — and celebrated beauties such as Julia Jackson, mother of writer Virginia Woolf, mingle with noted men of the age, including father of evolution Charles Darwin.

Darwin even brought the developing art to bear on science, commissioning Rejlander to produce a series of self-portraits for a book he was preparing on the emotions of humans and animals.

“When people think of Victorian photography, they sometimes think of stiff, fusty portraits of women in crinoline dresses, and men in bowler hats,” said Prodger, head of the museum’s photography department.

“But ‘Victorian Giants’ is anything but.”

The quartet “forever changed thinking about photography and its expressive power,” he added.

The great photographers of the Victorian era were the first to explore the psychological depth of their subjects, Prodger explained. “Here visitors can see the birth of psychological expressiveness.”

Photography was an art-form highly prized by Queen Victoria and her husband Albert.

The royal tradition continues, with Prince William’s wife Kate, the Duchess of Cambridge, selecting and commenting on some photos in the new exhibition.

She visited the exhibition on Wednesday, the day before it opened to the public. It will run until May 20. CC