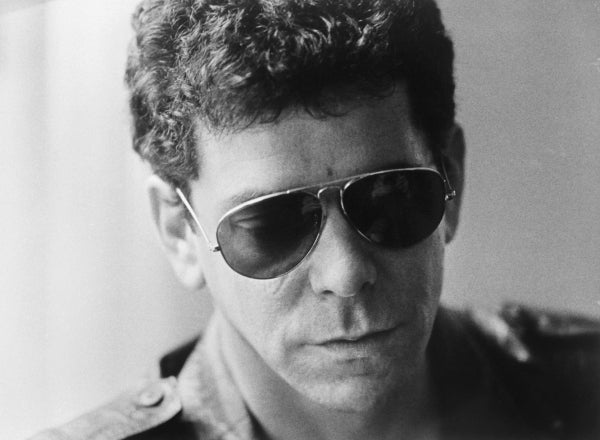 Rock legend Lou Reed rarely spoke of the year after he left The Velvet Underground to live with his parents. But he was writing poetry, which will soon be published as a book.

On what would have been the rocker’s 76th birthday on Friday, the Lou Reed Archive announced the publication of its first book, “Do Angels Need Haircuts?”, compiling his unpublished poems from 1970-71.

The book, to come out in April, offers “a window to a little-known chapter in the life of one of the most uncompromising voices in American popular culture,” publishing house Anthology said in its announcement.

The poetry collection will come with a seven-inch record of Reed reciting his verse at St. Mark’s Church in New York’s East Village.

Starting with its 1967 debut album produced by Andy Warhol, The Velvet Underground shook up the music scene by bringing a new artistic sensibility to rock and lyrically exploring topics then unthinkable for pop songs such as drug highs and deviant sex.

But Reed left as The Velvet Underground’s frontman shortly before the release of the group’s fourth studio album, “Loaded,” in 1970.

Tensions had been mounting between Reed and bassist Doug Yule, who assisted and eventually replaced him on lead vocals, and The Velvet Underground’s new mainstream label was pushing the band to produce more radio-friendly songs.

Reed, who had so far earned underground fame but limited money, returned in 1970 to his parents’ home on Long Island and worked as a typist in his father’s lucrative tax accounting firm.

Reed’s suburban idyll was short-lived and in 1972 he launched his successful solo career, recording in London with the encouragement of David Bowie.

“Do Angels Need Haircuts?” is the first publication of its sort from Reed, although his lyrics have previously been released in book form, notably 2001’s illustrated “The Raven,” which brought together the words of Reed and Edgar Allan Poe.