Why people are hooked on the ‘lechon’ at Healthy Pigs | Lifestyle.INQ ❮ ❯ 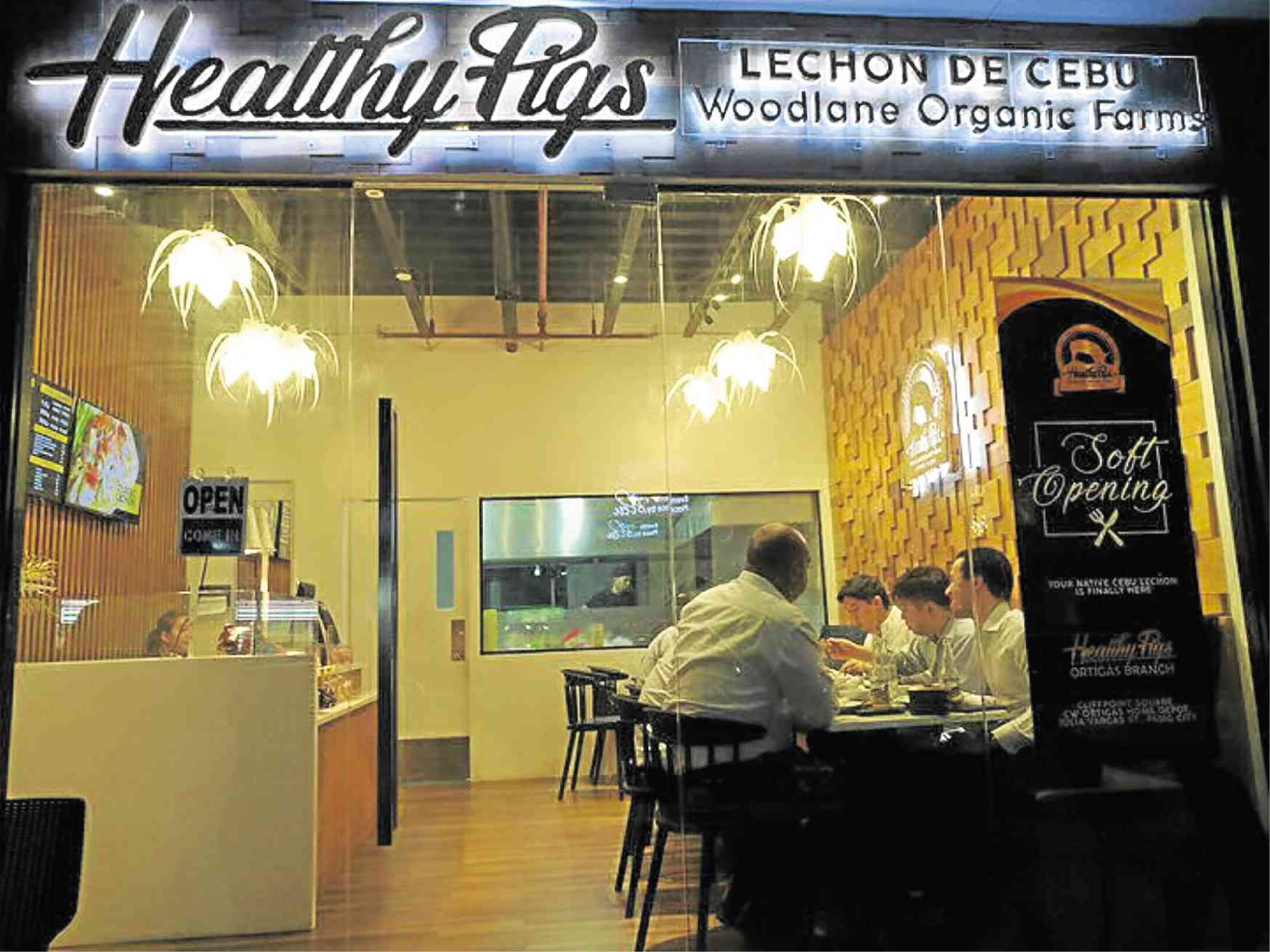 Why people are hooked on the ‘lechon’ at Healthy Pigs

At past 10 p.m. on a weekday, I was rushing to get to Cliffpoint Square at the CW Home Depot compound in Ortigas, Pasig, where top concert promoter, MMI Live boss Rhiza Pascua, was waiting. She had invited me to join her for a late-night dinner at the newly opened restaurant Healthy Pigs, whose specialty is lechon.

Not just any other lechon, Pascua pointed out; it’s lechon de Cebu from pigs raised on an organic farm in Antipolo. The pigs are said to be raised in a stress-free, open environment and fed an all-natural diet.

But when I got there, the lechon was gone—snapped up by pre-orders and early diners. Since Healthy Pigs is still on soft-opening mode, its kitchen prepares just one whole pig, said owner Julie Defensor.

Never mind, at least for now, because there were other dishes that the restaurant serves: pinakbet, sisig, dinakdakan, kare-kare—all of which have chunks of pork belly from the same healthy pigs. All the dishes were good, especially the pinakbet and kare-kare, their tastiness enhanced by the pork belly.

Although not on the menu sign, there was San Miguel Pale Pilsen, and so I indulged while finishing off the lechon sisig and dinakdakan.

The second night I visited, there was still no lechon, again due to advance orders, and a growing number of customers from nearby offices.

But I got lucky on my third attempt last Wednesday. Well, I made sure there would be lechon by making an advance order of a half-kilo. When the order-taker asked, “Classic or spicy?” I opted for classic.

So, what makes this particular lechon de Cebu—so named because it is stuffed with lemongrass, onion leeks, laurel, garlic—stand out?

Taking my first bite, I found out that its meat is very lean, thus, there’s less fat.

Though it’s often said that lechon de Cebu is best eaten without any sauce, the Healthy Pigs version tasted better with vinegar homemade by the staff.

The crunchy skin was the coup de grace. And so I had to order ice-cold beer to help me digest the slab of heavenly pork. In less than an hour I downed two bottles.

Now I understand what Anthony Bourdain meant when he wrote, “Pork is cool. Farmers stopped feeding garbage to pigs decades ago,” and when he declared lechon de Cebu as “the best pork ever.”

Cliffpoint Square, by the way, has a few other restaurants and bars, plus the boutique-size Bleu Hotel with an events place, which makes it a self-contained community.