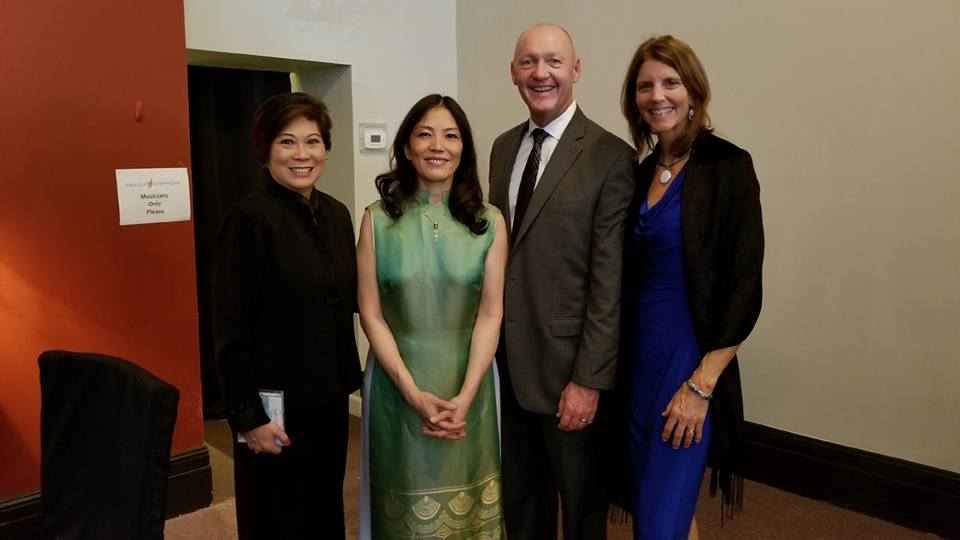 Licad gets standing ovation at Carnegie

Pianist Cecile Licad started the year with a bang getting a standing ovation at Carnegie Hall’s Weill Hall Jan. 18. She obliged with two encores by Gotschalk and Ravel.

She flew to California Jan. 28 as soloist of the Vallejo Symphony under Marc Taddei in a rarely played Shostakovich Piano Concerto and got another standing ovation.

Last Feb. 24 Licad was the soloist in Schumann “Piano Concerto in A Minor, Op. 54” with the Mississippi Symphony under the baton of Steven Byess.

She will return to Vallejo April 15 as soloist in a Saint-Saens piano concerto which will close the season of Vallejo Symphony.

In the Carnegie engagement, it was an evening of a rarely performed program by Liszt (“Sonata in B minor,” and the “Mephisto Waltz No. 1” as arranged by Ferruccio Busoni) and by American composers Edward MacDowell and Elie Siegmeister.

It was musical déjà vu for Licad whose past solo recitals in the same venue were attended by music icons Leonard Bernstein and Isaac Stern.

“It was an absolute pleasure and fun at the Weill Hall,” Licad posted on Facebook. “That audience reaction is the reason why I can’t stop playing music. I had a great time.”

In the audience was the granddaughter of composer Elie Siegmeister whose American Sonata she played in the recital.

“This sonata is social music, with more than a touch of Gershwin. Licad’s musicianship was impressive all evening. There were stretches of her playing in the second movement (marked Moderately slow, with great dignity), that crowded out time for the contemplation of the music, but she played with a feeling of advocacy that was touching. There is a lot of surface dazzlement in the sonata, but Licad brought out the depths in the piece as well.” –CONTRIBUTED