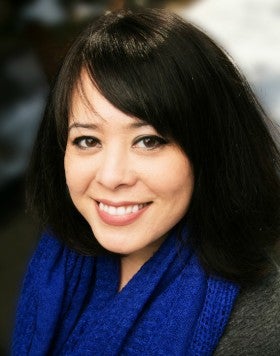 “It isn’t real yet! I’m still in shock, honestly,” Erin Entrada Kelly said. Last week, the Filipino-American author found out she had won the prestigious John Newbery Medal—popularly known simply as the Newbery Medal—for her 2017 children’s novel “Hello, Universe.” This makes Kelly one of the most potent and important voices in children’s literature anywhere in the world. The Newbery Medal, first given in 1922, is awarded by the American Library Association for the book that has made the biggest contribution to American children’s literature. Previous winners of the Newbery Medal include Madeleine L’Engle’s “A Wrinkle in Time” (1963), Lois Lowry’s “The Giver” (1990) and Neil Gaiman’s “The Graveyard Book” (2009).

Kelly now has joined that august company. It’s a significant win for her—and the Philippines—because Kelly had long championed Filipino-American characters and Filipino themes long before the prize.

The Inquirer had a chat with Kelly over e-mail.

Kelly’s mother is from Southern Leyte, and her father was originally from Kansas.

“He was in the Navy. He was stationed in the Philippines, where he met my mother. They only went on one date before he proposed. She said she couldn’t accept until he met her priest.” Her mother came with her father to Lake Charles, Louisiana, where Kelly grew up. She earned her degree in women’s studies and liberal arts from McNeese State University in Lousiana; she has an MFA in creative writing from Rosemont College in Philadelphia, where she resides.

“I was a bookworm,” she recalled. “My childhood was full of angst much of the time. I was the only Filipino in my school and neighborhood and often felt like an outsider.”

Kelly has long been immersed in crafting her own words. “I started writing when I was about 8 years old for the same reason I started reading—escape.”

That escape led to two award-winning middle grade novels, 2015’s “Blackbird Fly” and 2016’s “The Land of Forgotten Girls,” both of which feature protagonists of Filipino descent and Filipino culture, as well as connections to Kelly’s own past. Apple, the 12-year-old from “Blackbird” has moved from the Philippines to Louisiana and is struggling to balance her old and new circumstances.

In “Land,” sisters Soledad and Ming fight to survive after being brought to Louisiana from the Philippines—and then left abandoned by their father.

All of this is done on purpose. “My characters often come to me fully formed,” she explained. “And I wanted to introduce Filipino culture to a wider US audience.”

Aside from the colorful nature of her Filipino elements, there is an authentic vibe given off by her Filipino-American characters and their foibles that make the books so believable and affecting.

This came together in “Hello, Universe,” Kelly’s 2017 novel published by Greenwillow Books. Unlikely characters find themselves involved when their friend goes missing.

That friend is 11-year-old Filipino-American Virgil Salinas, who has disappeared because he has gone down a well to rescue his pet guinea pig Gulliver, who had been thrown into the well by the bully Chet Bullens. Virgil is a thoroughly fleshed out protagonist, particularly when he recalls folk tales told by his Lola. Where do those tales come from? “My imagination! With inspiration from existing folklore.” As for Gulliver, Kelly actually had a pet guinea pig named Clover.

Also fully formed are the other characters, Kaori, Gen, Valencia and Chet. It’s an immersive and engrossing journey that takes readers down the well and beyond.

“Hello, Universe” is a perfect modern novel for young adults and younger readers, featuring an adventure as well as a focus on friendship. Like her Kelly’s other novels, the book essentially builds itself around its protagonist, so “Hello, Universe” started with Virgil and went on from there. If there was one thing Kelly wanted readers to remember after reading it, she said it’s that “there are many ways to be strong.”

“Hello, Universe” features a cover by the talented New York-based Filipino artist Isabel “Pepper” Roxas. “My editor connected us. She is amazing! I’m so fortunate to work with her,” Kelly said.

Kelly adds the Newbery Medal to her past awards: Golden Kite Award for Middle Grade/Young Reader Fiction, Gold Award for Fiction from the Parents Choice Foundation and the Asian/Pacific American Award for Literature, among others.

What a wonderful win for Kelly—and yet she remains focused on her writing.

“I have a book coming out in April called ‘You Go First,’ and I’m revising my first fantasy (‘The Girl with Golden Feet’), which is heavily inspired by Filipino folklore. It is scheduled for summer 2019.”

She certainly has not forgotten how the Philippines is one of the powerful inspirations of her fiction, as she has thought of visiting the Philippines. Erin Entrada Kelly is ready to reconnect and to continue exploring. “I would love to explore more of the country, though. I’ve only been to my family’s home base and to Bohol. I’d love to visit Manila.”