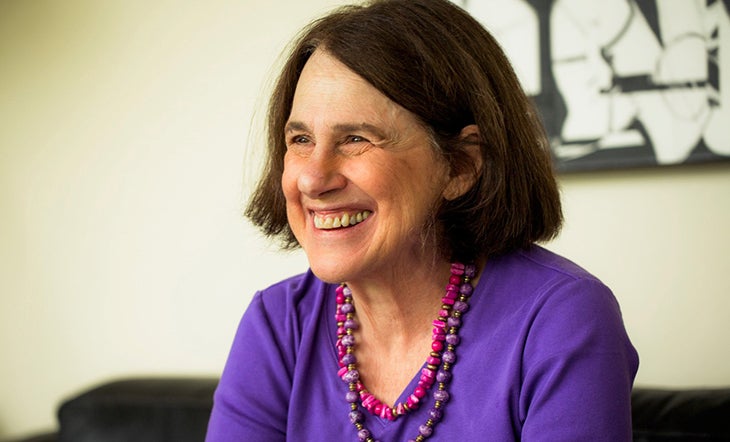 Best known for championing the benefits of Mediterranean cooking and her love of Moroccan cuisine, Wolfert has authored eight cookbooks, many of which have gone on to win several major writing awards.

Wolfert’s love affair with Mediterranean cuisine began after moving to Tangiers in 1959.

From there, her cookbooks would become America’s first reference guides for Moroccan cooking. Her first book, “Couscous and Other Good Food from Morocco” was published in 1973, long before tagine became a food trend.

The book would go on to earn Wolfert the 2008 James Beard Foundation Cookbook Hall of Fame award, and the 2013 IACP (International Association of Culinary Professionals) Culinary Classics Book Award.

Recipes include classics like chicken tagine with prunes and almonds, seared lamb kebabs cooked in butter, and Bisteeya, a pigeon pie made with filo, eggs, and raisins.

“I am so honored to receive the James Beard Lifetime Achievement Award. This honor is especially meaningful to me because I knew Jim Beard well, and in fact, back in 1957, he gave me my first professional job in food,” said Wolfert in a statement.

“I’ve spent most of my adult life exploring the cuisines of the Mediterranean, striving to find the best versions of great dishes of the region, then passing on the recipes and stories of Mediterranean women who cooked them in my various books. Over the years the James Beard Foundation has honored many of them. I view this latest honor as the keystone in the arch of my career,” she added.

Aside from her culinary career, Wolfert has also been an outspoken activist for Alzheimer’s disease after being diagnosed with mild cognitive impairment in 2013.

Wolfert will accept her award at the James Beard Foundation Awards, May 7 in Chicago.

Other books published by Wolfert include:

“Couscous and Other Good Food from Morocco”

“The Cooking Of South-West France”

“The Cooking of the Eastern Mediterranean”

“The Food of Morocco”
JB