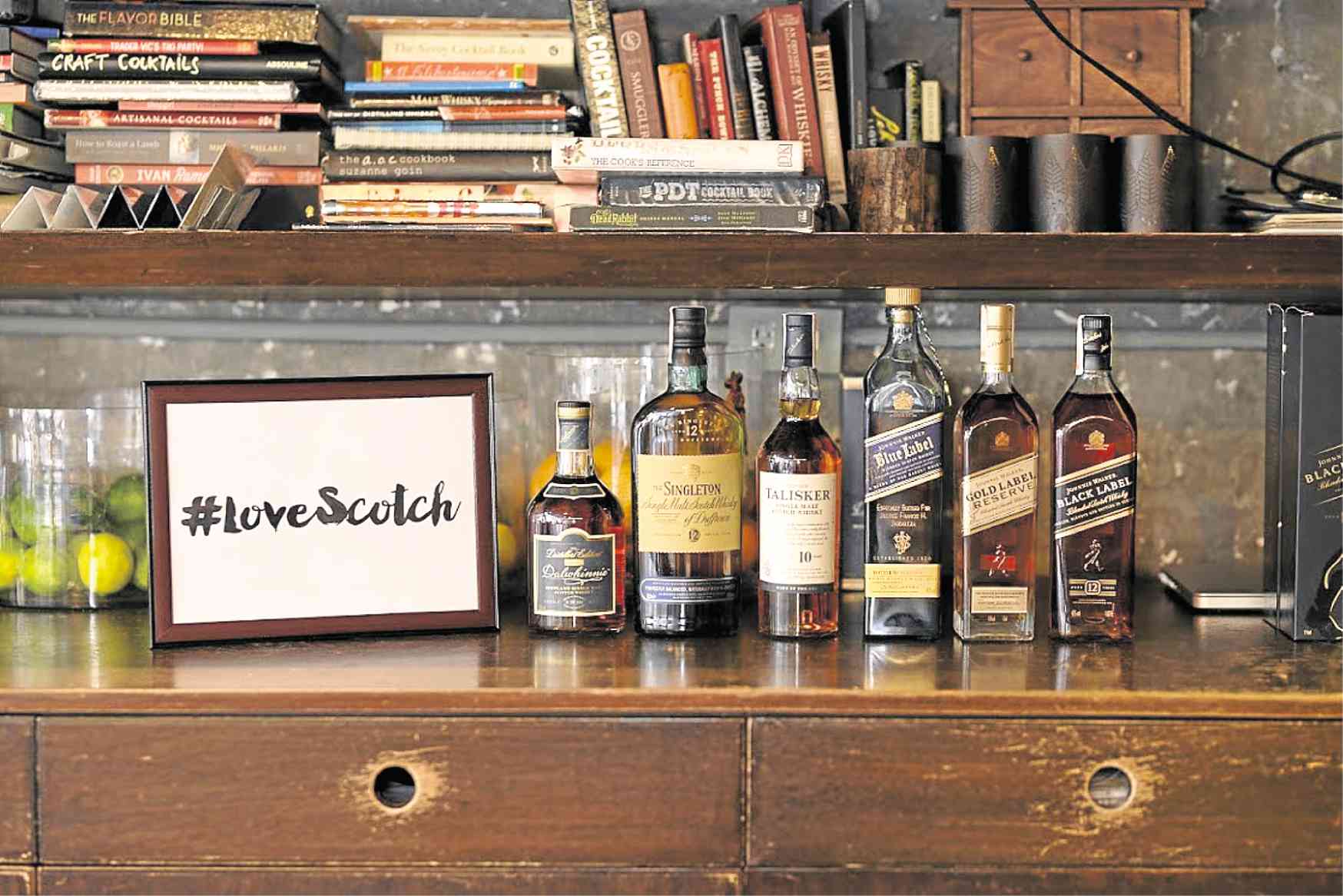 Six Scotch whisky bottles lined up at the tasting

Why Scotch whisky is no longer just your father’s drink

With much food and drink vying for the attention of diners these days, it takes a worldwide event to remind us about a nation’s cooking and its extraordinary spirits.

One of these is Gout de France, a celebration of French cuisine established by Alain Ducasse in 2015. This happens annually on March 21 in 150 countries, with some 3,000 chefs participating, including 18 in the Philippines.

Scotland, on the other hand, fetes its renowned drink through the liquor company Diageo. International Scotch Day is on Feb. 8, with many places throughout the world holding tasting sessions, lectures about this revered Scotch whisky, and general merriment with socializing and music.

My interest was to learn what makes each Scotch whisky different. And the man conducting the master class I attended was Ervin Trykowski, introduced as the company’s “ambassador.”

One expected a James Bond figure with a Scottish accent to charm us into the world of whisky. Instead, here was someone who seemed too young for the role—hip, fast talker, quirky movements, and who even had a flask pocket in his boots.

But this must be the message Scotland and Diageo wanted to send: Scotch whisky is no longer just your father’s drink. It is also for young men and women—drank straight (neat), on the rocks or mixed in cocktails.

Trykowski, despite his age and demeanor, is a veteran at setting up bars in the trendy Finnieston in Glasgow. He was the Scotch ambassador in Scotland and now goes around the world promoting the product.

In front of us, his students for the day, were six glasses. Our first lesson was how not to drink scotch. Don’t swirl it as you would brandy. Just drink it, because flavor is the most important quality.

There we were, with just a minute sampling of the 400 million bottles of scotch. And just to compare figures, our teacher said the population of Scotland is only 5 million.

During the tasting, Trykowski said mixing the scotch whisky with ice helped to bond the atoms together, allowing the drinker to get more texture. Ice was then passed around.

Of the six whiskies, the Johnnie Walker brand is familiar. Black Label—“considered the best whisky in the world,” according to Trykowski—is blended from four different distillery areas in Scotland.

I was made aware of a Double Black Label when I asked a friend what his favorite scotch whisky is. But his preference is Japanese whisky, which is not considered scotch whisky.

How uncanny that, as I wrote this, there was a feature on a Japanese company that bought a Scotch whisky company and is operating at a distillery in Scotland. Thus, its product can be called Scotch whisky.

The Johnnie Walker Blue Label, meanwhile, the most expensive brand, was said to have been a favorite of a former Philippine president.

Our teacher was effusive in his praise, describing the Blue Label as the smoothest, with flavor hints of green apples, candy, ginger and rose—if you can imagine all that in one or two sips.

But I must agree with Trykowski and with the former Philippine president. Of the six whiskies before us, the Blue Label was also this neophyte’s choice.

The rest were three single malts, meaning, each was processed in a single distillery, even if it takes six distilleries to produce enough bottles, such as the Singleton of Dufftown 12. Europeans are partial to this dark whisky because it exudes the fruity flavors of cherry, apple, red currant and raspberries.

It is Dalwhinnie Distillers Edition that has a more floral scent, possibly from being double-matured in Oloroso casks that are also used to store sherry in Spain.

Finally, there was Talisker 10, produced in the Isle of Skye in a 200-year-old distillery. It takes on the smell of the place, so the flavor is fiery, peat-smoke, a bit medicinal. When Trykowski mentioned heather as one of the aromas, that brought me back to Edinburgh, where the violet flowers of heather grow wild along the hills and roads, and made me wish I was back there—but this time with Scotch whisky in hand.