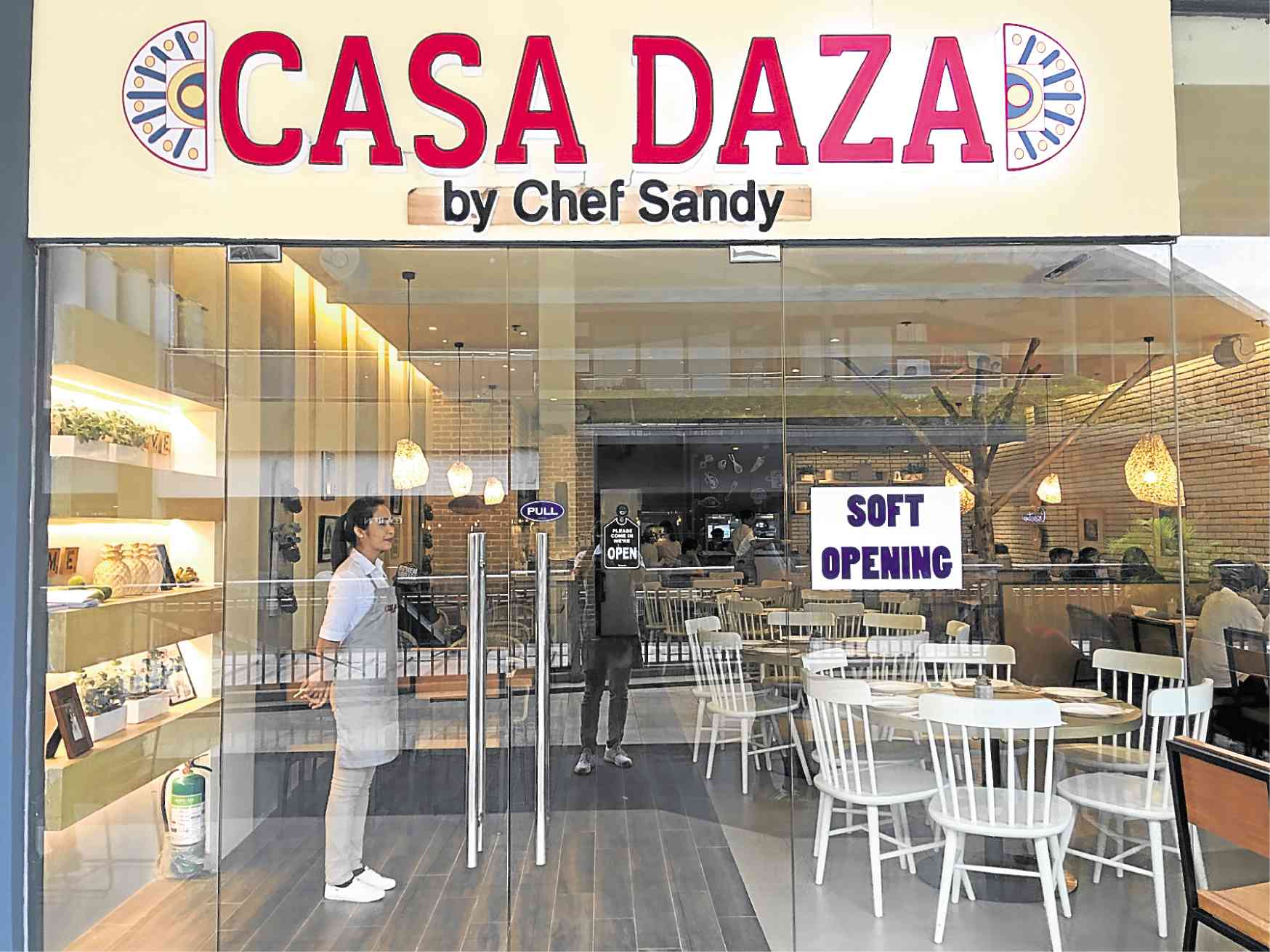 There’s a new restaurant in town! Casa Daza by yours truly has been open for close to two months now, but I took time to write about it until we had our wheels turning properly. Casa Daza is the continuation of a dream I had for my other restaurant.

Growing up, I had imagined dining in a restaurant where anything you pointed on the menu was something you will like. It has the same popular dishes as Wooden Spoon, and more.

Wooden Spoon is still in Rockwell Power Plant and, I must say, is doing well. I still handle the creation and quality of the food coming out of its kitchen.

The menu at Casa Daza comes from various sources. Many are either dishes from the family, ideas I picked up in my food trips, or recipes given by friends that I tweaked. There are also popular items from our old restaurants: Au Bon Vivant in Makati; Aux Iles Philippines in Paris; Galing Galing in Ermita; and Mai Thai chain.

On a given day, I might be shampooing with my eyes closed and, voila, I think up a new recipe. My stuffed pechay was a result of such situations.

My mom told me one thing before she left me in Paris to run Aux Iles alone: “If, to you, it tastes good, serve it.”

A simple tip, but loaded with responsibility. It is because of this tip that I always keep my palate fine-tuned by trying and experimenting on new dishes. I have a never-ending desire to learn more about food.

On the menu is my own version of pochero. I tried a version at my in-laws’ house that made a huge impact on this simple recipe. I have an appetizer derived from an idea of a friend, Agnes. It is gyoza but instead of using starch wrappers, I use chicken skin. Sinful? Most definitely!

I have pinangat (stuffed gabi leaves), golden fried chicken, and papaitan na sinampalukan. The last one is a dish I tried at the home of Anne Dy of Isabela. I used beef unlike the original version which uses goat meat. If I may say so, masarap!

I have my own version of toasted and sizzling bopis. We have a very sour sinampalukang manok. Of course, our Crab Pancit is still there. My Century Salad is a winner, for the adventurous.

Dinakdakan is still one of my bestsellers, just like the Kare-Kare, Beef Curry, Sigarilyas and Daing. Now I am developing a cauliflower fried rice. I got the idea from a friend, chef Robbie Goco.

My version of sisig is a combination of the one served at the famous Aling Lucing and Mila’s in Pampanga. Lucing’s is creamy and sticky, while Mila’s is crunchy. I combined both textures.

My Garlic Bangus with Crispy Pata sauce is also a winner. But enough of the bragging, there’s only one way to find out. Close your eyes and point at anything on the menu. I dare you!

The next Japan Kyushu food tours are on April 15-20 and May 5-10. E-mail [email protected] You will flip when you try the oysters!