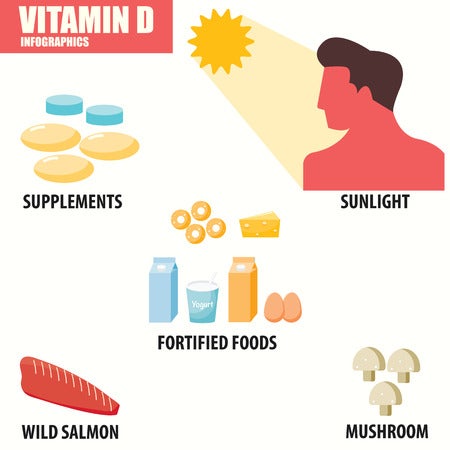 Higher levels of Vitamin D in the blood may be linked to a lower risk of developing certain cancers, a study in Japanese adults reported on Thursday.

“These findings support the hypothesis that Vitamin D has protective effects against cancers at many sites,” researchers reported in a study published in The BMJ medical journal.

Vitamin D is made by the skin in response to sunlight. By maintaining calcium levels in the body, it helps keep bones, teeth, and muscles healthy.

While the benefits of Vitamin D on bone health are well known, there is some evidence that it may protect against chronic diseases as well, including some cancers.

Studies to date, however, have been carried out mainly in European and North American people.

As natural Vitamin D concentrations can vary by ethnicity, researchers from half-a-dozen Japanese medical schools and institutes set out to determine the potential for lowering cancer risk in Asians.

At the start of the study, participants provided detailed information on their medical history, diet, and lifestyle. Blood samples were taken to measure Vitamin D levels.

The researchers did not specify whether the trial participants used vitamin supplements or not.

Taking into account seasonal variations, the group was divided into four groups, ranging from the lowest to highest concentration of Vitamin D.

Participants were then monitored for 16 years on average, during which time 3,301 new cases of cancer were recorded.

After adjusting for well-known cancer risk factors – age, weight, smoking, and alcohol intake, for example – the researchers found that, overall, higher Vitamin D levels was associated with a 20 percent lower cancer risk for both genders.

The risk of liver cancer dropped even more, by up to 50 percent, especially for men.

Vitamin D did not appear to have any impact in warding off lung or prostate cancer, however.

None of the cancers examined showed an increased risk associated with higher Vitamin D levels.

But others have found no evidence of a link to disease risk. /kga