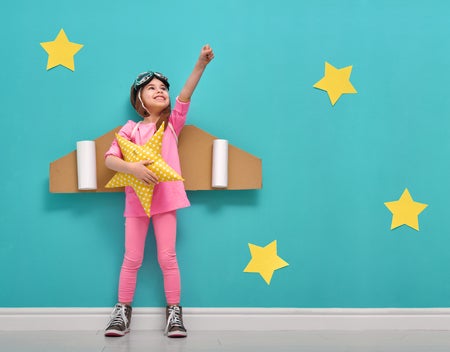 The female spirit can be a fearsome thing. It is brave, intrepid and curious. To mark International Women’s Day, March 8 and Women’s History Month in March, we salute the fearless, adventurous, pioneering spirits of female explorers who may not be household names, but should be.

They’re women who put naysayers and doubters in their place by breaking world records, outperforming their male counterparts, and commanding plain old r-e-s-p-e-c-t.

While Amelia Earhart is perhaps the poster woman of female travel trailblazers as the first woman aviator to fly solo across the Atlantic Ocean, here’s a salute to names that may not be as well known.

Need a little inspiration to finally take that solo trip to Nepal? Or climb Kilimanjaro? Here’s a look at female explorers who carved their own paths.

Ida Pfeiffer (1797-1858)
Scared to take the plunge and travel by yourself? Think you’re too old? Austrian adventurer and travel writer Ida Pfeiffer decided to embark on an around-the-world journey by herself at the age of 49 in 1846. That’s before Google Maps, Skype, Instagram and easyJet. The trip would take her to Brazil, Chile, Tahiti, China, India, Persia, Asia Minor, and Greece. Pfeiffer would go on to document many of her globetrotting adventures into travel books that would be translated in seven different languages, including “A Woman’s Journey Round the World”.

Junko Tabei (1939-2016)
An obit in The Guardian describes the late Tabei as not only the first woman in the world to summit Mount Everest in 1975, but a woman who challenged cultural stereotypes in her homeland (Japan) about a woman’s role in society. “She was frequently told that Everest was no place for a woman, and that she should stay at home to look after her young children.” Even after an avalanche nearly thwarted the expedition, Tabei would claim the title of first woman to climb Mount Everest at the age of 35.

Nellie Bly (1864-1922)
Anything you can do I can do better…We love American globetrotter Bly’s saucy chutzpa. Jules Verne’s Phileas Fogg circumnavigated the globe in 80 days? Journalist Bly took a record-breaking trip around the world in 72 days, and wrote about it in her book “Around the World in Seventy-Two Days”, published in 1890. Bly was also a hardball investigative reporter who went undercover at a women’s mental asylum in New York City where she reported on the dismal conditions in “Ten Days in a Mad-House”.

Jeanne Baret (1740-1807)
Baret’s story has all the markings of a Shakespearean play. “Twelfth Night” to be exact. In the late 18th century, the French woman would board a navy ship disguised as a man and embark on what would become a three-year odyssey circumnavigating the globe as the assistant to naturalist and botanist Philibert Commerson, also her lover. It was the only way to skirt the ban on women aboard French navy ships. Together they would collect samples around the world in places like Montevideo, Patagonia and Tahiti. In 2012, Baret’s contribution to the world of botany was recognized with a new plant species from Peru christened Solanum baretiae.

Cassandra De Pecol (1989-present)
Fast-forward a few centuries, and we meet American explorer Cassandra De Pecol, who last year nabbed the Guinness World Record for visiting all sovereign nations on the planet in the fastest time: That’s 196 countries in one year and 193 days (or 559 days). Along with setting two Guinness records (she also holds the record for fastest female to visit all sovereign countries), De Pecol said her purpose in mounting the expedition was to promote awareness for world peace through the International Institute of Peace Through Tourism. What does one do when you’ve achieved a life dream at the age of 27? You move on and train to compete in Ironman, work to get a pilot’s license sign up to travel into space with Virgin Galactic, and plot out your next Guinness World Record attempt. JB