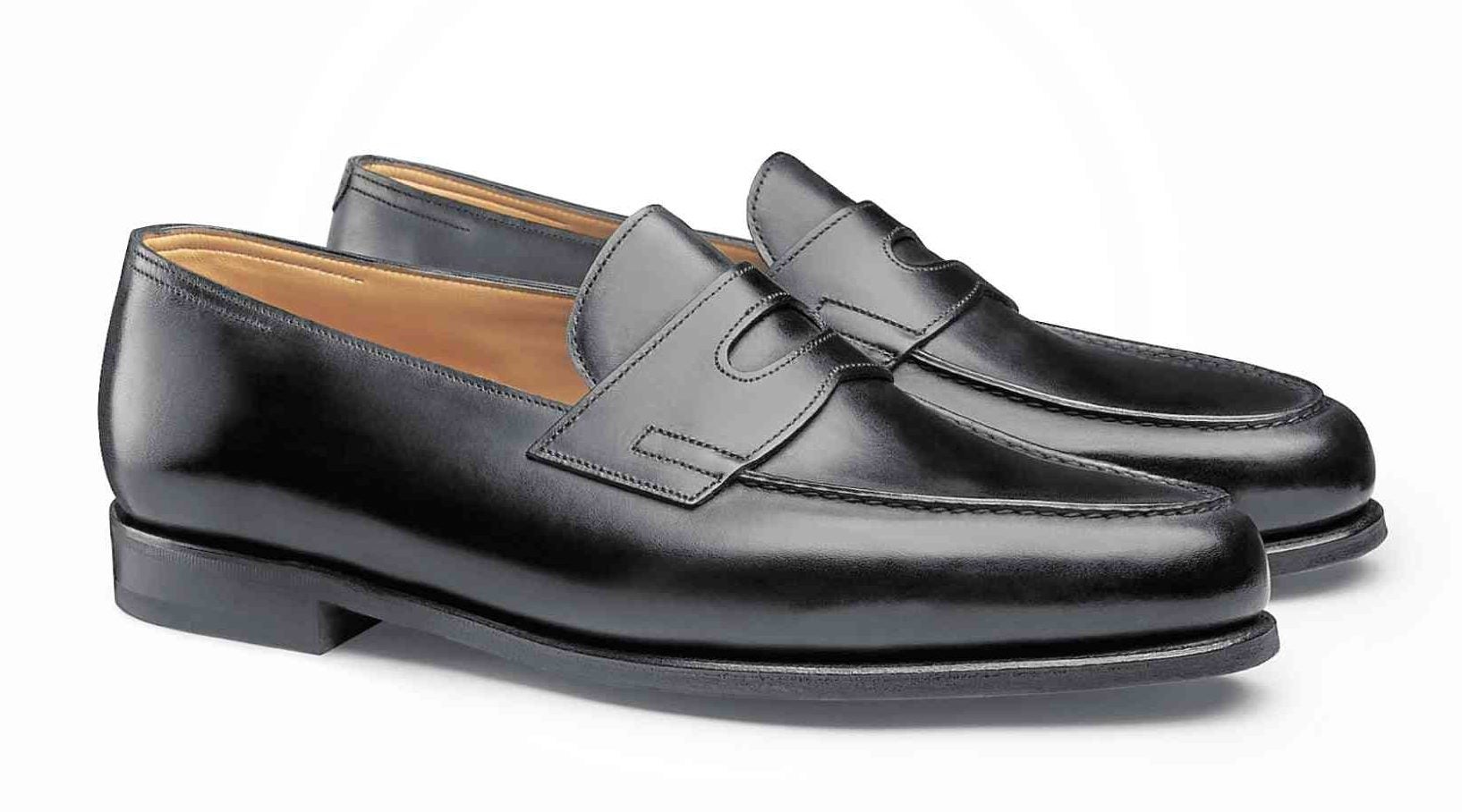 Created in 1950, the Lopez loafer was named after one of John Lobb’s bespoke clients.

From its humble, boot-making origins in the mid-19th century, the John Lobb brand is now known for its range of ready-to-wear and bespoke men’s shoes. The clients for its made-to-measure service include aristocrats, politicians and businessmen.

In 1863, John Lobb was named the official bootmaker to the Prince of Wales and was given a Royal Warrant. Three years later, Lobb opened the first store at Regent Street in London. Three decades later, in 1899, came the Paris branch, where it attracted an international clientele.

Now, the bulk of its business is in ready-to-wear although classics—like the William, a double-buckled monk shoe designed by Lobb’s son in 1945, and the Lopez loafer named after a bespoke client in 1950— continue to sell.

Since 1976, John Lobb has been part of the Hermès Group which oversees the brand’s By Request service, ready to wear lines and boutiques.

At the recent opening of the John Lobb store in Greenbelt 3, Asia Pacific regional director Nicholas Holt said that each pair of John Lobb shoes—even the ready-to-wear—undergoes close to 200 different processes before it is shipped to stores.

The company is intent on building its Asian presence “because people in Asia are looking for well-made products,” he said. They now have stores in Shanghai, Beijing and Taipei.

“Asia is unquestionably one of our key markets and I want to grow that market,” Holt added.

After his visit, Holt returned to Hong Kong to oversee the opening of the John Lobb flagship store.

Four years ago, the Hermès Group appointed Paula Gerbase as John Lobb’s artistic director. The designer who trained in London’s Savile Row has her own men’s and women’s wear label, 1205. As a young designer joining a storied brand, she took to the job with ease.

“There is a balance to be struck [when it comes to the brand]. We have classic designs which have been tweaked to make them more relevant to our demanding consumer, and new designs aimed at a contemporary audience,” Gerbase told Lifestyle in an e-mail interview.

“We remain focused in using traditional boot-making techniques coupled with manufacturing and material innovations like our Tensile Sole construction, which uses traditional processes but creates a lighter, comfortable and more flexible sole.”

Gerbase describes the John Lobb customer as “someone who appreciates both quality and value.”

Since 1996, John Lobb has been coming out with a special pair to mark the feast day of St. Crispin (Oct. 25), patron saint of shoemakers. This year’s limited-edition pair combines leather that was especially developed for this style.

“Our St. Crispin limited editions have been a celebration of boot-making traditions and highlight our values of uncompromising quality and skilled craftsmanship. The 2018 version is a beautifully elegant interpretation and has been very well received around the world since its launch,” she said.

The Greenbelt store carries Oxfords, derbies, loafers, buckled monk shoes, boots and sneakers as well as a core collection of small leather goods and accessories. Prices for the shoes start at P36,000 and can go as high as P80,000 a pair.

“Customer profiles and expectations, particularly in Asia, are evolving and there is a recognizable shift away from fast fashion to an appreciation of artisanal handcrafted products. As such, we attract contemporary customers with a timeless, relevant, quality product,” Gerbase said.

John Lobb is at G/F, Greenbelt 3, Makati City, beside Hermès.