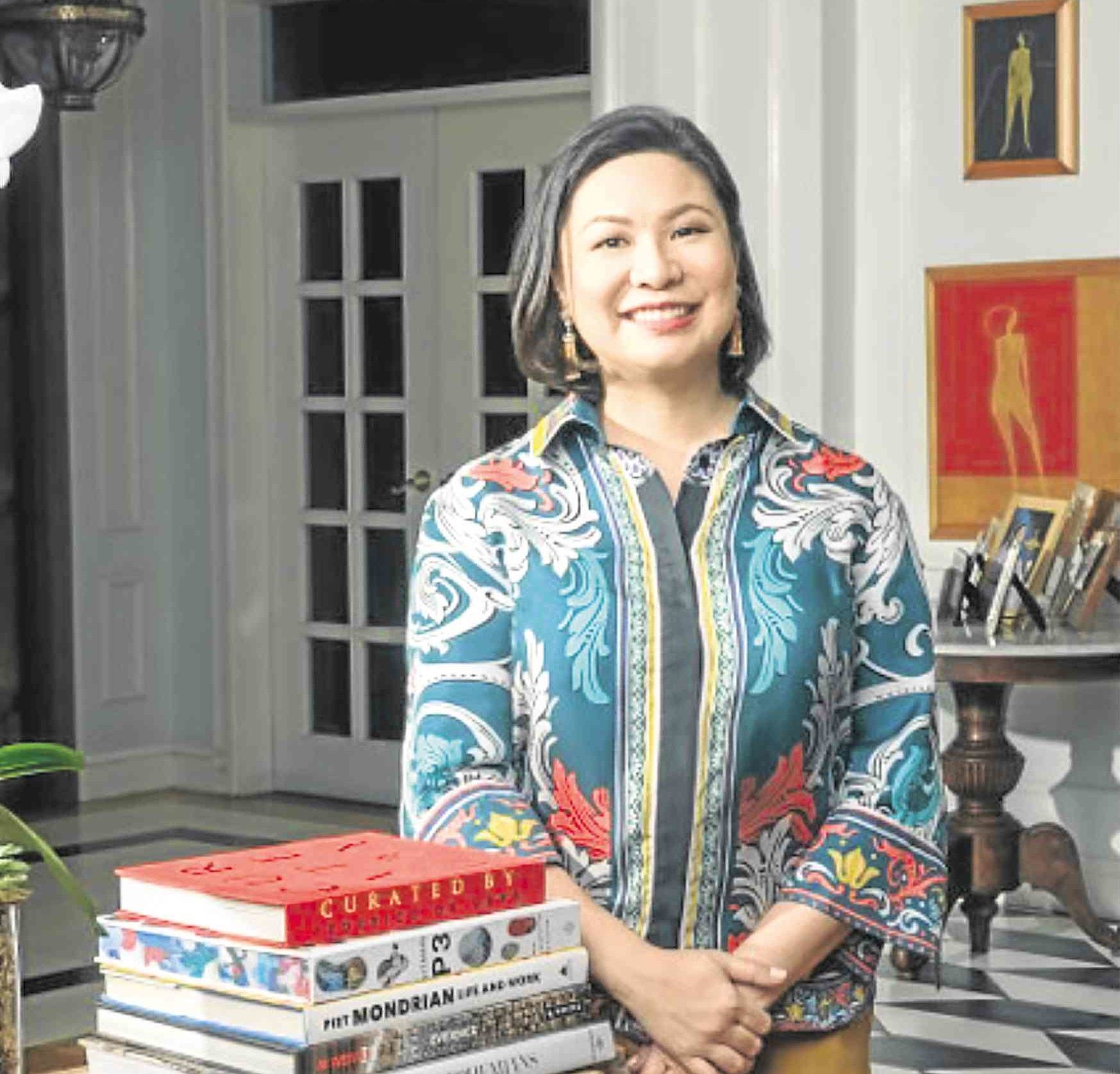 Ramos-Padilla grew up around books, thanks to her grandmother, NBS matriarch Socorro Ramos.

Despite the deluge of online content, Filipinos are still reading books.

“The challenge is to make sure that the right books are available at the right stores,” said Xandra Ramos-Padilla, managing director of the 235-strong National Book Store (NBS) chain.

The readership is as varied as the areas where these branches are located, she explained.

“In some stores, locally published books authored by celebrities are a hit, while in others, imported books are saleable,” she noted. “Sometimes, the children’s books are the ones that sell near schools.”

Padilla remains cool about selling hard copies that she calls “physical books,” although she acknowledges that online materials are slowly gaining influence among readers in the country.

“People are still reading for sure, but they are reading in different forms,” she said.

Padilla joined a panel of women publishers who spoke at the 2017 Frankfurt Book Fair, touted as the world’s biggest booksellers’ trade show. (Padilla is president of Anvil Publishing.)

She considers the rise of online publishing “the norm,” but believes in the development part of the ever-changing habits of readers.

“Magazines, for example, have been experiencing a decline in readership for the past years,” she pointed out. “The number of titles on the market has been reduced.  That’s why we have to consequently adjust the space given to them in our stores.”

The key is marketing. Padilla observed that books that sell are usually by authors with a wide fan base. NBS has been  inviting well-known writers such as Lang Leav, Jenny Han and Kevin Kwan for meet-and-greet events with Filipino fans.

Apparently, the current behavior among readers is to buy the physical book and have it signed by the author.  “Many purchases are title- and author-driven,” said Padilla. “In fact, some authors who come to the Philippines are told, ‘We’re buying your book because you have a book signing.’”

One discovery, though, is that many of these readers appear to have downloaded books online without purchasing them through proper channels. Eventually, they develop a fondness for the works of a specific author, but fail to pay royalties to the authors.

“Baka people are not aware of that,” Padilla said.

NBS marketing manager Chad Dee was with Padilla during this interview. He said another challenge for physical book sellers is making sure the content is relevant to the readers.

“Thirteen Reasons Why,” for example, has become a big hit among young readers because it discusses depression and teen suicide, Dee noted.

Dee said NBS partners with foreign publishers for events to promote their books as a way of attracting readership.

For Dan Brown’s latest caper “Origin,” the book chain offered one lucky reader a free trip to Barcelona, which is where the action takes place. Dee said the promotion resulted in more copies sold than Brown’s previous book “Inferno.”

A few years back, sales of “Inferno” enjoyed a boost due to a furor as Philippine officials objected to the author’s mentioning Manila as the setting for the “gates of hell.”

At present, readers have been lapping up locally published books by celebrities like Maine Mendoza, Alden Richards and Boy Abunda.

Another phenomenon is how authors who have released works in digital formats like WattPad, YouTube and personal vlogs eventually cross over and come up with physical books.

“Trend ’yan here and abroad,” she said. “Again, it’s a challenge—choosing the right books for the right market… Ano’ng tamang book for each store?  Not all books sell as well as others.”

Convincing people to read physical books is one thing. Another is to make sure these books reach their branches in time for a launch.

“Shipments! You have to have 100-percent availability on the first day. Efficiency is important because it makes us deliver on time,” Dee said.

One enviable perk that Padilla enjoys as marketing manager is having first dibs on books that have yet to hit the market.

Padilla’s love for reading is a given. As granddaughter of NBS founder Socorro “Nanay Coring” Ramos, she grew up surrounded by books.

Ramos gave Padilla her first set of “Nancy Drew” and “ Bobbsey Twins” books. “Then I moved to ‘Sweet Valley High,’ ‘Sweet Dreams…’ Whenever there was a new series, I was the first to buy it at our branch in Greenhills,” said Padilla. “Yes, I had to buy them. Then my friends would borrow the books from me. Later on I read Danielle Steele and Judith Krantz. Yes, I am a Harry Potter fan. Sinubaybayan ko siya every year since the first book came out in 1997.”

The NBS honcho revealed she also succumbs to the allure of online reading.

“I read on my iPad,” she admitted. “I have Kindle on my phone. I have Fr. James Martin’s book on spirituality so I can read it anytime, unti-unti.”

Still, Padilla will never be caught dead without a physical book, especially during her travels.

“Fiction! I still bring three books even if they take up much luggage space,” she said. “Takot akong mawalan ng babasahin.  Lola Socorro developed my love for reading. I am lucky that my appointed job allows my passion for reading and retail. And at the same time I get to publish.”

She declared: “There is no thrill like turning a page.”