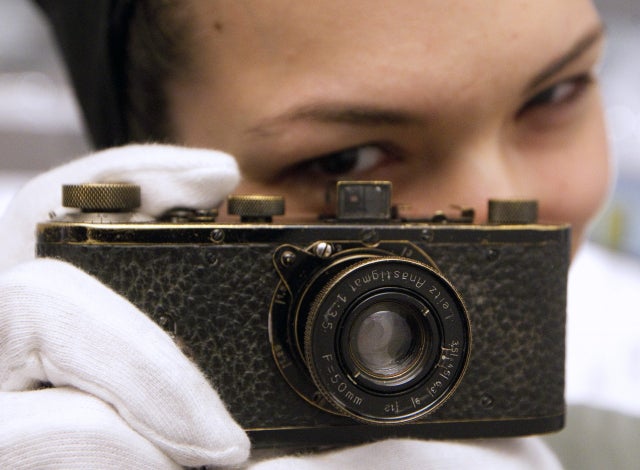 The minimum price had been set at 400,000 euros but the Leica 0-series no. 122, one of a 25-strong series of prototypes made two years before the reputed German marque began retailing, was the subject of ferocious bidding given its pristine condition.

It finally went to an Asian bidder, the museum said, adding that only three of the series remained in their original condition.

Andreas Kaufmann, an Austrian, bought the iconic high-end marque favored by pioneering photojournalists such as Robert Capa and Henri Cartier-Bresson in 2005 to relaunch a company, one of the world’s oldest photography brands which was struggling at the time. NVG