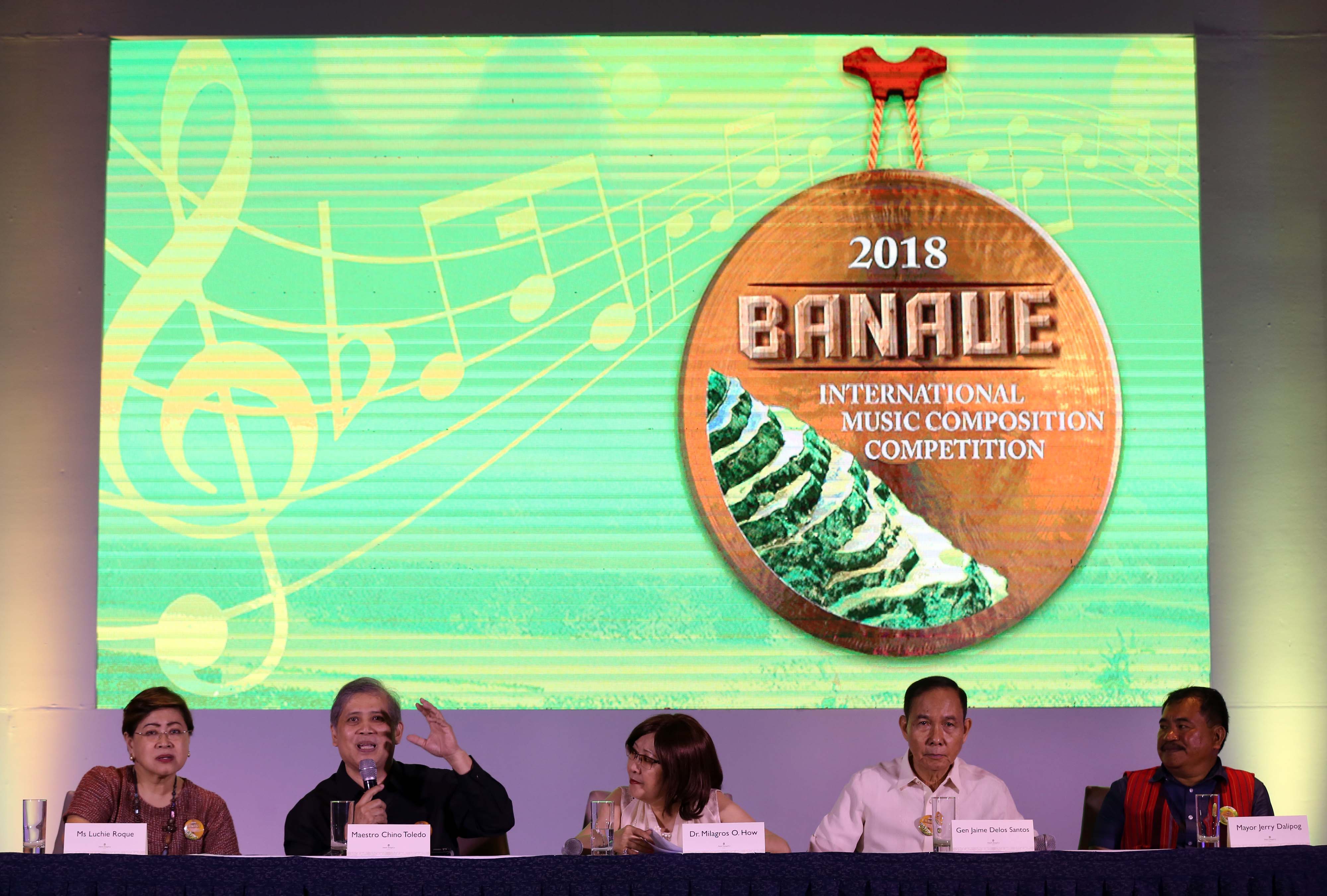 An international symphonic competition has been organized to highlight efforts at preserving the Banaue Rice Terraces.

Sponsored by Universal Harvester Inc., with the Municipality of Banaue, the tilt seeks to give tribute to the music and culture of rice-farming communities living around the terraces.

The  International Symphonic Competition for Banaue Rice Terraces Restoration was announced in a press conference hosted by Universal Harvester at the Rizal Ballroom of Makati Shangri-La hotel.

The rice terraces, which consist of five clusters in Banaue and Kiangan municipalities, are considered a cultural and natural heritage. They are inscribed in the World Heritage List of the United Nations Educational, Scientific and Cultural Organization (Unesco) as the “Rice Terraces of the Philippine Cordilleras.”

Because of its Unesco inscription, the terraces have become a source of national pride and an internationally renowned tourist attraction.

Built through ingenious indigenous engineering some five centuries ago, the terraces have survived to this day. Rainwater is allowed to flow through the terraces that snake around 10,300 square kilometers following the natural contours of the mountains to irrigate rice plantations.

Today, the terraces are threatened by natural phenomena such as landslides, overpopulation and dwindling  agricultural manpower.

In the press conference, Delos Santos introduced himself as a restoration volunteer and informed the media that the project aimed to “restore, conserve and preserve” the terraces through private and public collaboration.

Photos highlighting the transformation were projected on the screen.

Meanwhile, Banaue Mayor Jerry Dalipog said the local government had involved the community to make them a stakeholder in the restoration.

The approach likewise focused on “the cultural aspect… the soul” of the matter. This should mean preserving the musical-cultural heritage of Banaue and Kiangan as “the people’s living tradition,” said composer-conductor, Josefino  “Chino” Toledo, competition director.

Toledo said the contest seeks to generate symphonic works built around Banaue. He cited famous compositions that form part of the worldwide musical-cultural consciousness such as Strauss’ “The Blue Danube” and Smetana’s “ The Moldau,” which have immortalized rivers in Germany and the Czech Republic, respectively.

Known in show business circles as “Madame How,” the Universal Harvester executive is also the visionary  woman behind To Farm, the indie film festival which funds and promotes movies revolving around agriculture. It is now on its third edition this year.

Like To Farm, the international composition contest seeks to promote Philippine agriculture and the best farming technology and practices, said Madame How.

The Universal Harvester executive added she was  a strong supporter of the performing arts, so she was sponsoring the international competition.

The competition is open to all composers worldwide; there’s no age limit.

Only one entry is allowed per contestant and the work should last 10 to 15 minutes.

Twenty semifinalists will be announced on April 20. They will be brought to Banaue on an all-expenses-paid trip so that they could immerse themselves in the environment and communities there.

Ten finalists will be chosen and announced on July 20.

Awarding ceremonies will be on July 25 at Cultural Center of the Philippines, during which the winning entries will be premiered. —CONTRIBUTED