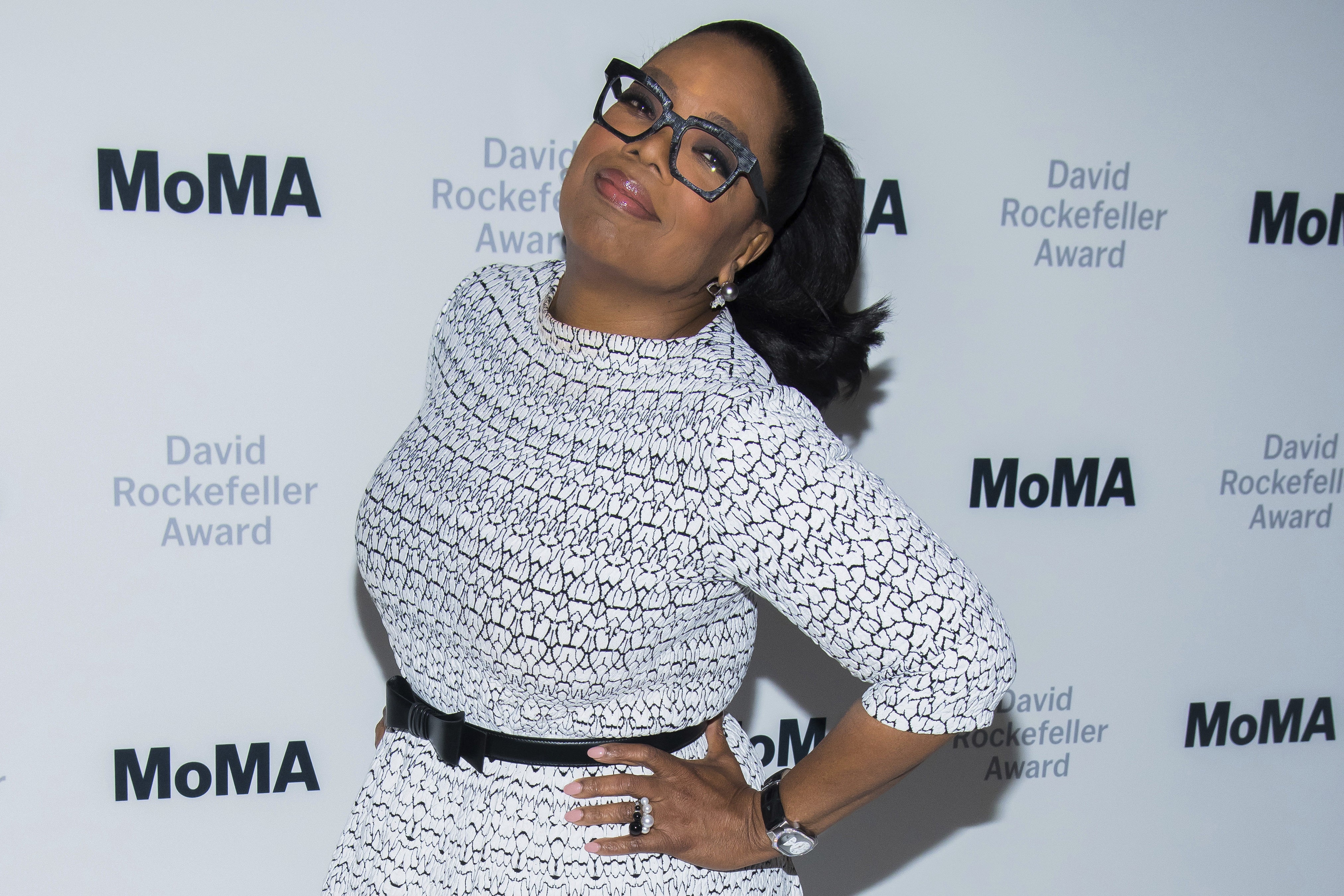 The gospel of Oprah

We heard her before we saw her.

There was Oprah Winfrey, outside Stage 6 at Santa Clarita Studios, just north of Los Angeles, laughing that big Oprah laugh the world has heard countless times on TV.

Winfrey was on the set of “A Wrinkle in Time,” the Disney adaptation of the 1962 children’s science fiction novel by Madeleine L’Engle.

In the film, Winfrey plays Mrs. Which, the wisest woman in the universe. There are people who wouldn’t be averse to describing Winfrey in the same way.

Winfrey — self-made billionaire, talk show legend, actress, philanthropist, magazine publisher and chair and CEO of her cable TV network OWN — is considered by many as one of the most powerful and influential people in the world.

It cannot be denied: When Winfrey talks, people listen.

When she recommends a book, people rush to buy it, reinforcing her power to turn little-known titles into bestsellers, and leading Time magazine to declare Winfrey’s Book Club “the greatest force in publishing” in 2008.

Economists estimate that her endorsement of Barack Obama earned him more than one million votes and contributed to his winning the US presidency.

Her speech at the 2018 Golden Globe Awards inspired people to coin the hashtag: #Oprah2020. Yes, there is a clamor for her to run for US president.

Wearing her Mrs. Which makeup while sitting in a tent on the movie set, she told us: “Girl, there’s nothing tiring about being the first. It feels real good. You’re like, yeah, uh huh. I will tell you this: it’s a joy. And the word is joy, it’s not even happiness.”

Winfrey’s rags-to-riches story has been well documented. She overcame a rough childhood of poverty and abuse, worked hard and now wields her voice and wealth to make a difference in the world.

Now 63, she has consistently topped the list of the most generous Americans and celebrities and has given millions of dollars to different causes. It has been reported that her will bequeaths $1 billion to charity.

Perhaps, it’s because of her own past that she has a soft spot for young girls. “This is a very vulnerable age, 13, 14. It was the roughest for me. I was in the streets, it was terrible.”

She put up the Oprah Winfrey Leadership Academy for Girls in South Africa.

“The thing that excites me today and has been the greatest reward for me is when I see the possibility and hope in these young girls that I’ve been able to rescue from villages and townships in South Africa—girls who everybody else had counted out.
The big reward is to be able to use your life to help somebody else come to the fullest expression of their own. That is what inspires me, when I see that I can be not just an inspiration but that I can create a path. That path for me is through education, giving girls opportunities to find the way for themselves. That inspires me more than anything,” she said.

There’s a reason Winfrey decided to create an all-girls school.

“There are studies that at about 10 or 11, when boys show up, girls start making themselves smaller in the classroom, in their groups—to get along with the boys, to please the boys. When you do an all-girls school, girls rise to their personal best a lot sooner because they’re not trying to please the boys or not show the boys up.”

Asked what advice she’d like to give young women, she said, “My critique of my own girls who are in their 20s is that they expect to step out of college and do their dream job. You’re not going to get your dream job immediately. Anybody who wants to be successful, it begins with a vision, not with just a dream. You begin with the end in mind.

I used to have this vision when I was 15, 16. I used to say this to my father all the time, ‘I’m gonna have a house on a hill and I’m gonna have really good furniture.’

And now, as I drive in, that is the house on a hill that I envisioned. You start with your vision and you let every one of your dreams, your hopes and your goals follow the path that leads you in the direction of your vision.”

Every day that you’re in your job that you don’t want, you think, boy, this is really telling me a lot. I really know that I don’t want this, I don’t want to be around people like this.

In her role as Mrs. Which, Winfrey, who was nominated for an Oscar in her role in the 1985 film “The Color Purple,” offers guidance to a young girl named Meg Murry who needs to battle evil while traveling across the universe in search of her father.

In the film, Winfrey finds herself saying words that have already come out of her mouth throughout the years.

“These words of Mrs. Which are words I’ve been trying to say on my show for years to people. I read the script, I go, ‘it’s the same message! I am Mrs. Which!’ It’s a great sense of contentment and fulfillment.”

“I have 20 girls in college in the United States for my school in South Africa and I find myself having said the same things—the language of believing, having faith, finding your own flow, your own frequency. I use that language a lot with my girls, about being in your own lane, allowing yourself to feel the vibration of your own power and being able to let the love that’s in you extend in kindness and grace to other people.

When you can do that, things usually work out for you. I ended up in a movie saying the same words that really are a part of my own belief system, my own core spirituality.

What a gift to me that I get to say those words and leave those words on film for eternity. Whether you watch it in 2018, in 2028 or 2058 when I’m no longer around, people will say, ‘Oh there’s Mrs. Which’ and they’ll never know I had a talk show. And their great grandmothers would go, ‘She had a talk show.’”