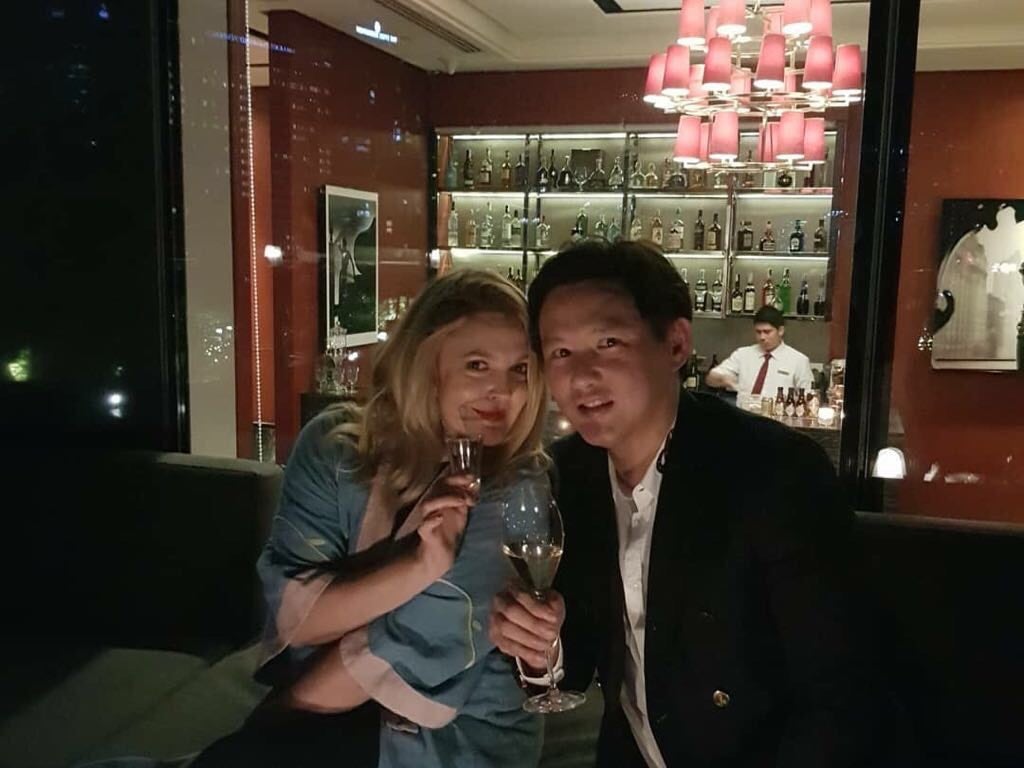 Drew Barrymore having a drink with Steven Tan at Mireio

Drew Barrymore chills in Manila: ‘I’m a Filipina deep inside’

Hollywood star Drew Barrymore is apparently having a chill time in Metro Manila, if one were to go by social media posts. On Instagram, she’s seen at Mireio at Raffles, Makati, with SM Malls COO Steven Tan who posted his chat with the actress: “DB: ‘I’m a Filipina deep inside, my house is ruled by Filipina mafia.’ We also talked about our favorite travel destination and food. How she became independent at a very young age…she’s so cool.”

Also on Instagram, Vera Wang store executive Obee Ham posted a selfie with Barrymore at Mireio that night. Tan told Lifestyle how impressed he is with the actress. “Super nice and down to earth….and full of humor.”

Barrymore is in Metro Manila, through Netflix, to promote her series, “Santa Clarita Diet.”