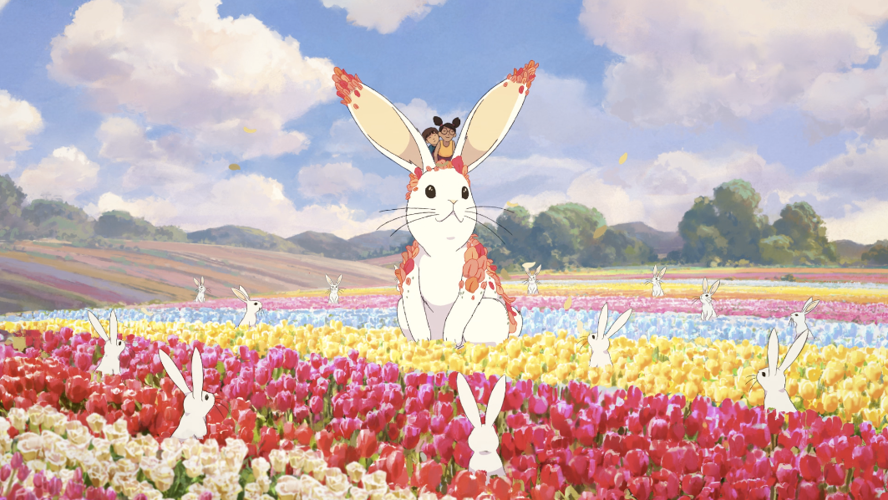 In today’s digital age, media platforms push the borders on being “more real” than life, from 3D animation to virtual reality.

It was a refreshing sight then for netizens when a tourism ad went back to the drawing board to promote Oregon’s natural landscapes consisting of mountains, vast forests and beaches.

With the tagline “Only Slightly Exaggerated,” the video depicts the state’s scenic locations with technicolor 2D animation and a whimsical symphony.

A giant rabbit hopping through a field of tulips and whales swimming through clouds captivated the imagination of netizens who have seen the newly released video.

“Based on actual events. More or less,” reads the video’s copy.

Netizens have praised the effort to paint Oregon as magical and has drawn comparisons to Japanese animation company Studio Ghibli’s creations.

One viral tweet by @TristanACooper notes, “This Oregon travel ad is basically a Pacific Northwest anime produced by Studio Ghibli, and I could not be more on board.”

Some even begged for the ad to become a feature film.

I don't even care if it becomes a 2.5 hour long #Oregon ad; I just want to see this as a feature film! Actually, I don't even need a storyline, just more of this lushness!

Locals and tourists alike agreed that the animation was an accurate depiction of the coastal state.

I visited Oregon before. Yeah, the animation is pretty close. pic.twitter.com/1xo7EunvVu

Want to own a town? Tiny Oregon community for sale for $3.5M