Where to go for nightcaps in QC, Makati | Inquirer Lifestyle ❮ ❯ 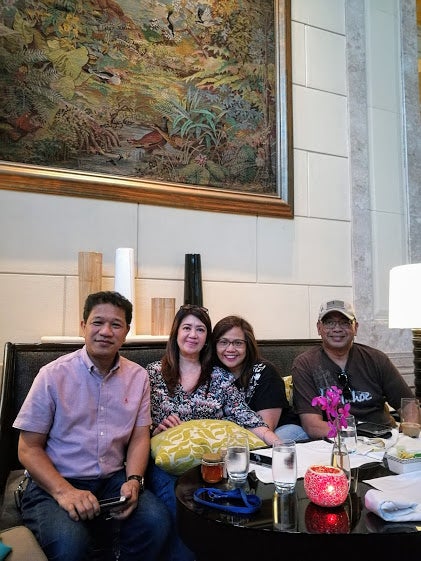 Where to go for nightcaps in QC, Makati

Imagine it’s almost midnight, you’re with good friends and having a great time in a restaurant, but then the wait staff says only last orders will be taken.

Where to go to keep the fun going for a few more hours, or just for nightcaps—considering there aren’t that many clubs and bars open 24 hours in Metro Manila?

In Quezon City there are two options. One is Kowloon House on Matalino Street. The famous Chinese restaurant closes at 10 p.m., but has a small counter and a few tables for night owls. It’s open till 5 a.m. although beer may be ordered till 2 a.m.

On a recent visit I enjoyed its asado mami (a steal at P98), which I washed down with San Miguel Pale Pilsen (cheap at P50).

At Kowloon’s basement is a small bar called Moe’s, which features live performances by relatively unknown young bands, if not some benefit gigs by rock groups.

The second option is along Morato Street near Timog Circle—Murato Streat, stylized as MURAto strEAT, most probably to emphasize its affordable food.

At first glance it looks like a diner or a barbecue place with al fresco tables.

It was around 4 a.m. when friends and I got there and we weren’t hungry. But the menu, under the main heading Lutong Bahay ni Nanay, looked yummy, with a few items amusingly described as:

As for drinks, there’s liquor, wine, cocktails and beer—with several promo packages of a choice of one pulutan and six bottles of local beer averaging less than P500.

But if you prefer a more elegant ambiance and won’t mind forking out a sum for midnight snacks and drinks, The Lobby at Peninsula Manila is your best bet.

The string quartet playing classical music can take you to another place and time, and before you know it, morning has broken.

FM radio station Wish 107.5 is fast gaining popularity through its support of Original Filipino Music (OPM) and Pinoy musicians via the Wish Bus and the Wish Music Awards.

An online competition, which aims to launch an aspiring Filipino singer’s career, airs every Saturday at 9 p.m. on Wish 107.5’s YouTube channel, hosted by Kris Lawrence.

The grand finals will be held on March 27 at the Smart Araneta Coliseum.