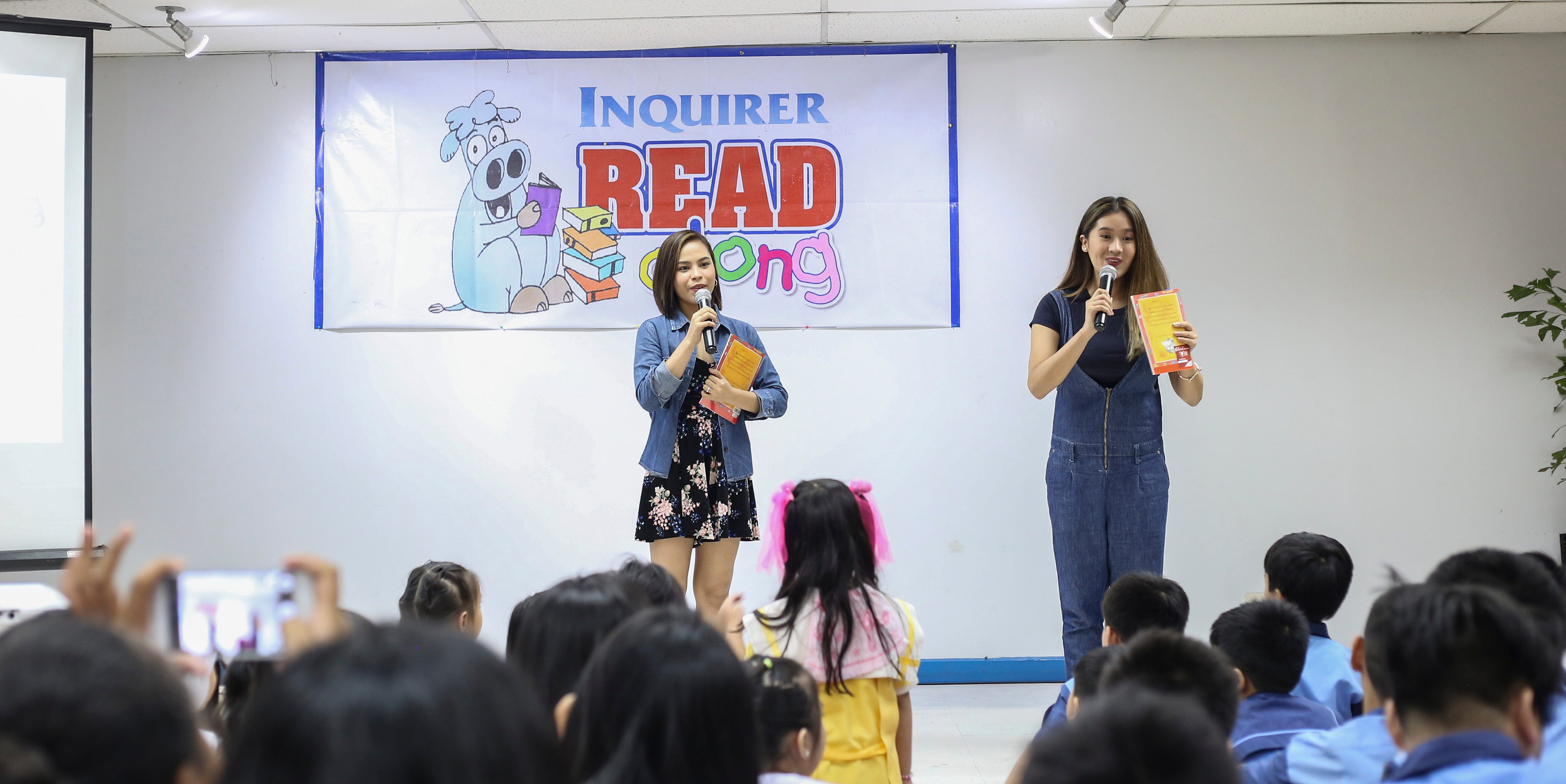 Hannah Precillas and Marika Sasaki read in tandem Ompong Remigio's "Papel de Liha." It tells a story of a mother whose hands turn rough as sandpapers for doing household chores, but soften and lighten when taking care of her child. (Photo by Earvin Perias/INQUIRER)

No other woman could measure up with the strength, guidance and enduring love that every mother has provided for her children.

In celebration of the National Women’s Month, the Saturday session of Inquirer Read-Along at Inquirer office in Makati City featured tales that paid tribute to the resilience of Filipino mothers.

Sasaki and Precillas read in tandem Ompong Remigio’s “Papel de Liha.” It tells of a mother whose hands turn rough as sandpapers for doing household chores, but soften and lighten when taking care of her child.

Relating to the story, Precillas said children should always be grateful for the sacrifices of their mothers.

“We should appreciate the efforts of our mothers who’s willing to take it all, no matter how hard, for our own good,” she said.

For Sasaki, she looks up to her mother as source of strength and inspiration to do well in her endeavors.

“The story made me realize how I am truly loved by my Mama. If I can’t do something, she’s there to find ways. And if I feel that something is impossible, she makes it possible,” Sasaki said.

As a tribute, Precillas said she would like to emulate her mother’s courage in protecting her family and herself against odds. “I’d be a mother in due time and I want my future children to realize that I had become a courageous mother like their grandmother,” she said.

Sasaki, meanwhile, said she would like to be as pious as her mother who constantly seeks guidance from God amid trying times.

“Whenever I face trials, it is my Mama who first believes in me that I can surpass them all if only I would persevere,” Sasaki said.