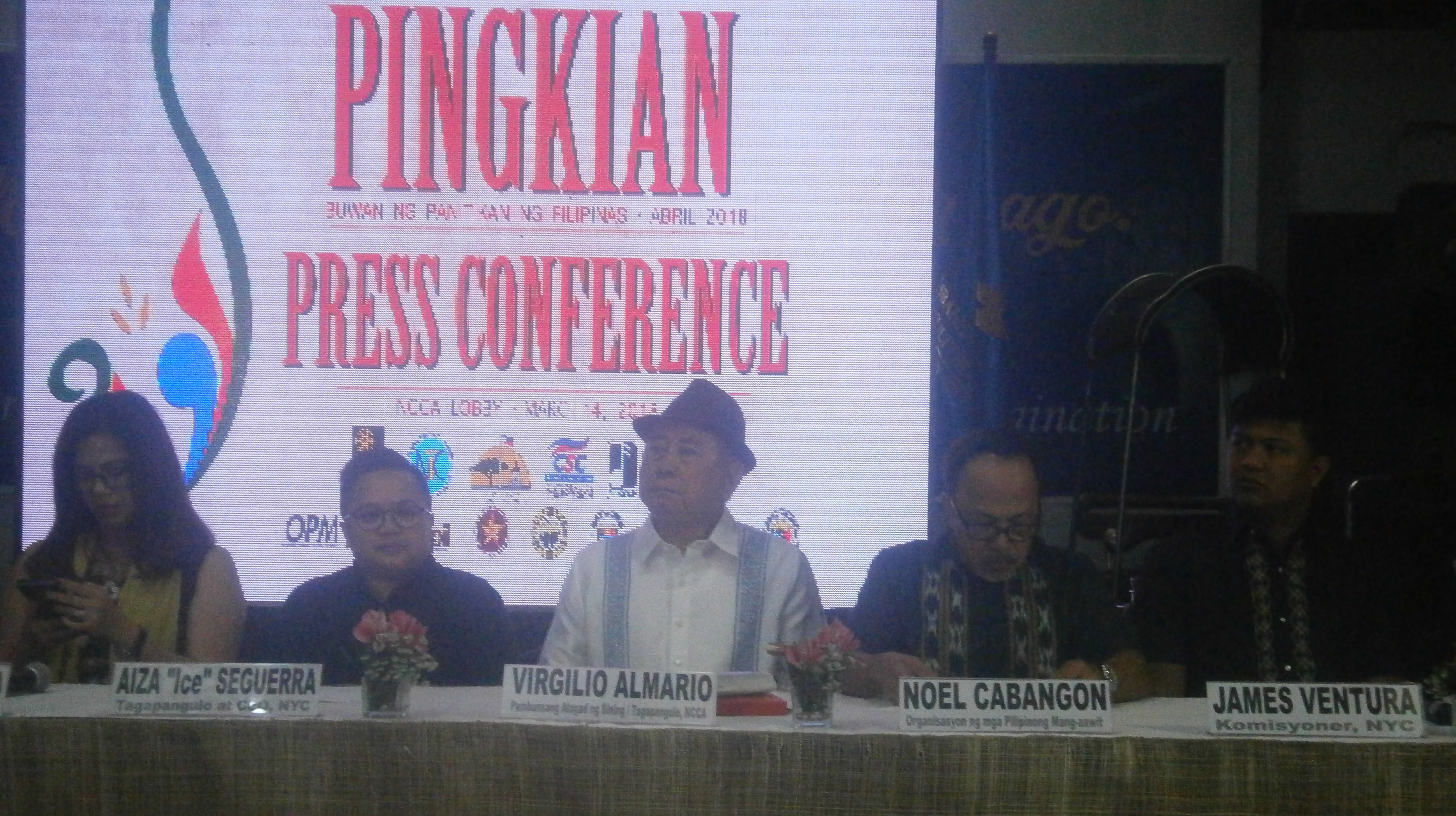 To the great Anglo-American poet TS Eliot, “April is the cruelest month, breeding/Lilacs out of the dead land, mixing/Memory and desire…” But to the Philippines, April is National Literature     Month and there are nationwide celebrations in honor of the written (and spoken) word.

The celebrations start during Holy Week with a pabasa (Lenten reading) in Malolos City, Bulacan, on March 28. But the official opening will take place in Orion, Bataan on April 2-4, with a literary camp attended by 104 student delegates from all over the country, who will hone their skills in creative writing.

The event is in honor of Francisco Baltazar (better known as Balagtas), the poet who penned the immortal “Florante at Laura,” who hailed from Bigaa (now named after him) Bulacan but died in Orion, Bataan, where a coastal monument to him stands.

April is the 230th birth anniversary of the poet laureate.

This was announced in a press conference at the National Commission for Culture & the Arts (NCCA) in Intramuros, Manila, presided over by National Artist for Literature Virgilio Almario, NCCA chair.

Almario explained that pingkain means “Tagisan, tunggalian,   away (conflict) but the old meaning of the word is that of rock which can create fire.” Thus, the theme.

“Pingkian” was also the pen name of the writer-revolutionary hero Emilio Jacinto, who died in his hometown of Magdalena, Laguna, of wounds sustained in an encounter with Spanish troops.

Jacinto died on April 16, 1899. There is now a monument in his hometown and a visit to this shrine on that day is part of Literature Month activities.

“This is our tribute to our heroes who were also writers,” Almario said. “We hope to add more monuments to our writers, and not just to statesmen and generals. He mentioned Isabelo de los Reyes of Ilocos and Vicente Sotto, Father of Cebuano Literature and also a senator who authored the press of freedom law.

For the writing of young adult novels by the youths themselves (contest guidelines to be released April 2); “Timpalak Florentino Hornedo,” focusing on the Ivatan heritage song “Laji”; a short film contest, “Bayani-han 2018 Bayani sa Panitikan” (winners to be announced on April 20 at the Cultural Center of the Philippines; and the “Timpalak Kundiman 2018,” or the writing and singing of the kundiman, the Filipino art song.

Come April 23, the National Book Development Board (NBDB) will lead a discussion on “World Book and Copywright Day” at Instituto Cervantes, Makati City.

NBDB and NCCA will also host the Philippine International Literary Festival on April 19-20 at the CCP Complex.

On April 25 will be held “Pagtuturo ng Panitikan at Pananaliksik,” or the teaching of literature and research, Polytechnic University of the Philippines, Quezon Province.

A National Seminar on the Teaching of Gender-based Literature will take place at Benguet State University in the Cordillera Autonomous Region (CAR) on April 26-28. And on April 21-22, the Visayans will have their day with Tutok Sebwano at the University of San Carlos, Cebu City. In Roxas City, Capiz, the Unyon ng mga Manunulat sa Pilipinas (Umpil) will hold their Annual Writers Congress on April 28.

War evacuees in Mindanao will have their stories told in music, dance and poetry in “Storya-storya ng mga Bakwit” at the Mindanao State University-Ilagan Institute in Iligan City.

All these heady, diverse activities will underscore the fact that literature—often sidelined by the glitter of the visual and performing arts—is alive and well, in fact blazing and “on fire.” –CONTRIBUTED