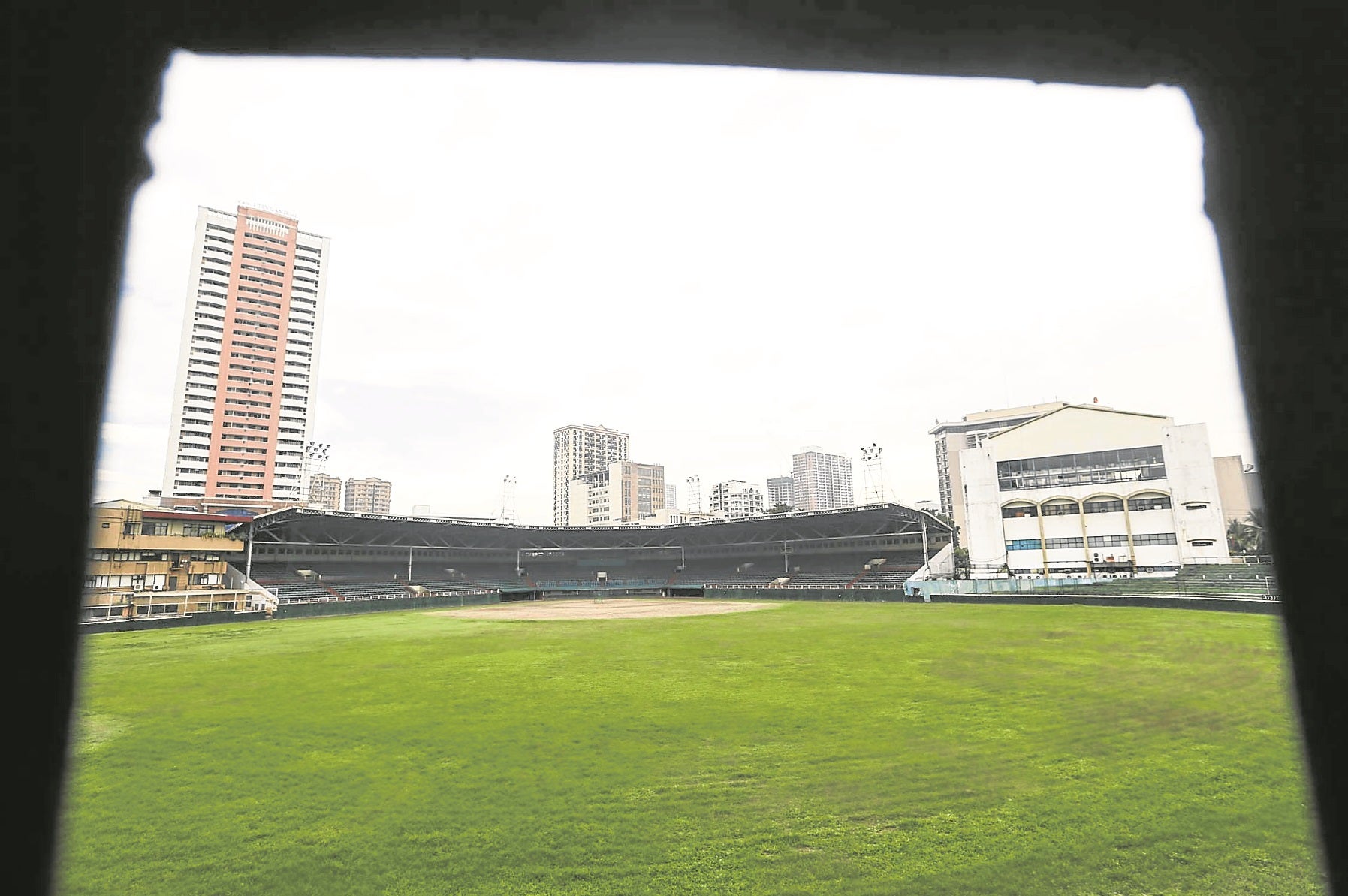 It ain’t over ’til the fat lady sings.

This Wagnerian colloquial-ism has almost consistently become the attitude of heritage advocates where saving patrimony is concerned. Since heritage conservation became formalized in the country through the establishment of organizations such as the Heritage Conservation Society (HCS), Advocates for Heritage of the Philippines, and International Council for Monuments and Sites (Icomos), advocates have realized that the process of preservation never ends with the declaration of a heritage site as an Important Cultural Property, a National Cultural Treasure or the coveted Unesco World Heritage Site.

A potent brew of politics, corruption fueled by greed, more often than not, sadly, lurks on the under belly of almost every heritage preservation situation.

More recently, the selling of the Rizal Memorial Sports Complex and its proposed metamorphosis into a mall, was the rallying point of many heritage groups, including athletes and sports enthusiasts spanning generations from pre- and postwar end users to the present.

The dilemma went so far as resonating with Filipino heritage advocates residing abroad, such as landscape architect and world heritage specialist Gabriel Caballero, based in Singapore, and architect and conservator of historic buildings, Claudia Montero, who is based in Hong Kong.

Both had collaborated on a paper, “The Role of Sports Facilities in Metro Manila’s Urban Living from the 1930s to 1970’s,” at the 4th mASEANa Conference in Jakarta.

Caballero was in Manila recently, and upon the invitation of the Heritage Conservation Society, presented a similar paper, “History, Cultural Significance and Politics: Rizal Memorial Sports Complex (RMSC) and the Araneta Coliseum” at the School of Arts and Design, College of St. Benilde, Manila. The venue was an apt selection due to its proximity to the sports complex.

Caballero underscored the significance of sports as “a form of benevolent assimilation of American culture,” where the sports complex served as a public facility “aimed at improving the health conditions of people in the capital.”

Over 83 years, RMSC played host to six international sport events, aside from it being the sports center for local school competitions, and much to the amusement of the millennial students present at the talk, the site of the The Beatles concert in the 1960s. Archival footage of these events held at the stadium highlighted the presentation.

Caballero mapped out fundamental differences that shaped the histories of both sports facilities and discussed “the changing urban planning paradigm which affects the current states of upkeep and their future development.”

The question arose regarding the present inaccessibility of RMSC, which has now degraded into a rundown structure, peopled almost solely by national teams. Given this, students in the audience were more inclined to agree to its becoming a mall. Galicia pointed out, however, that a transformation such as this would prove extreme. A middle ground could be arrived at where it could be made publicly accessible without becoming a mall. He further encouraged the architecture students to explore and research the many possibilities of a sports-related building, which he said “could be an exciting thing from the point of view of architecture.”

Galicia speaks out of his own experience in transforming the Department of Tourism building into the repurposed Museum of Natural History. Galicia is an advocate of adaptive reuse of heritage structures.

Tanchangco-Caballero described the sorry state the athlete’s dormitories, where the athletes of her sepak takraw team had to reside, since all of them hail from provinces.

While the living conditions are decrepit, the athletes nevertheless are a dedicated lot, even winning the first medal for the Philippines at the Southeast Asian Games in 2017, she said. She strongly debunked the proposed transfer of the sports center to Clark Field in Pampanga, citing the inconvenience it would cause the athletes to uproot themselves from Manila where they also study, among other things.

Because of his interest in urban renewal, Zialcita was quick to point out that a mall is

not a public space, as it is privately owned. It discriminates socially.

He bemoans the lack of open spaces in Metro Manila that are open to all: “Beyond kinships and social class are what make a city a city rather than an oversized village..”

He added, “In a true city, there are spaces that can be shared with all, regardless of kinship and social class…. because it can generate a wider solidarity… sports facilities that are public should be available.”

The lively discussion that went over the allotted time was book-ended by a walking tour to RMSC led by HCS trustee, Ivan Man Dy, who heads the popular Manila Walks tour enterprise.

HCS holds regular talks and symposia geared toward heightening awareness of preserving national heritage, pursuing its advocacy of valuing the past that can be incorporated in the present, educating the public at being good stewards of precious landmarks that define our national identity and history.

Although the Rizal Memorial Sports Complex now carries a double declaration by the National Historical Commission and the National Museum as an Important Cultural Treasure, the politics that may get in the way is yet another challenge that presently lies unforeseen, but cannot be ignored until the actual restoration starts.

Then the fat lady can sing. –CONTRIBUTED