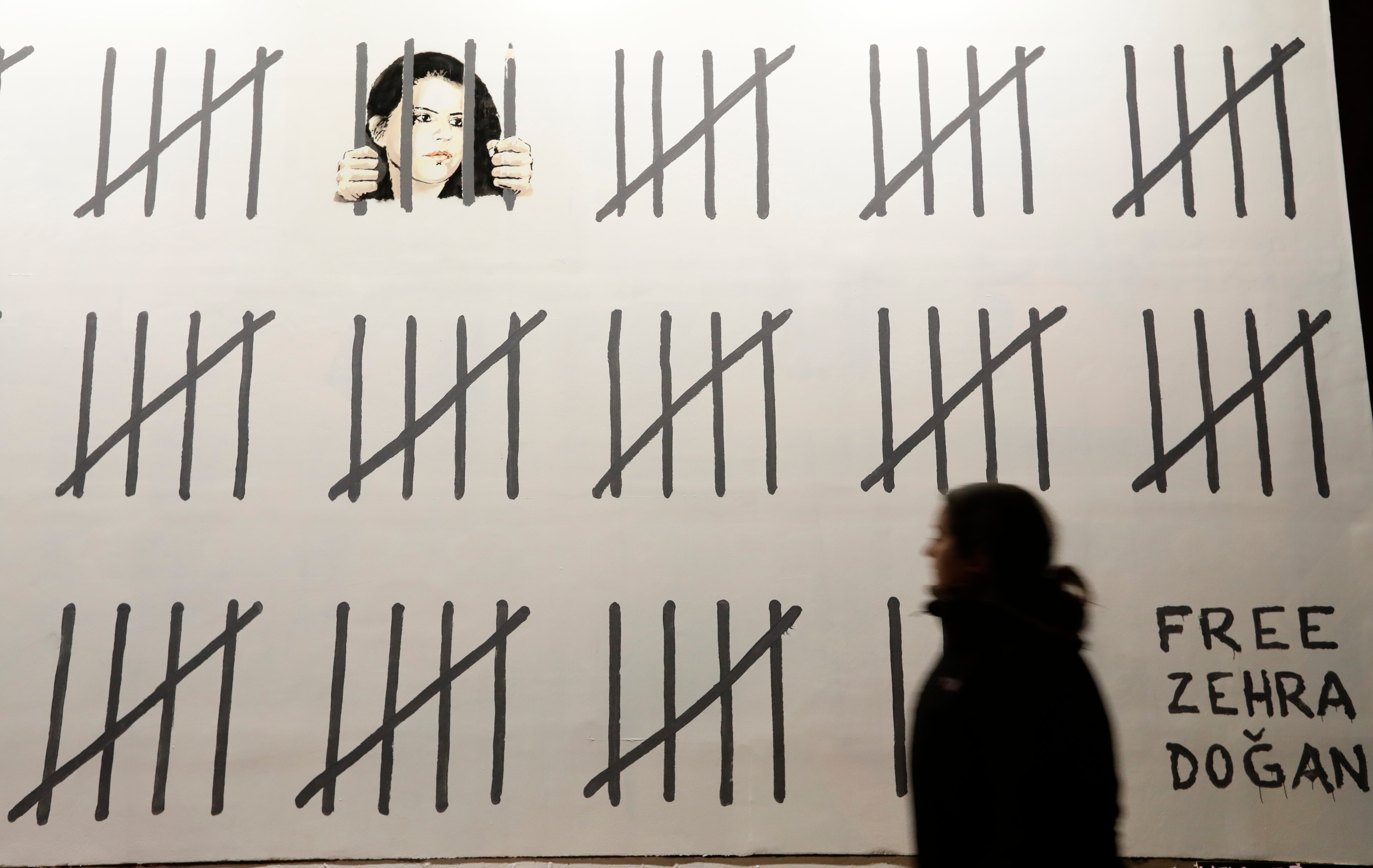 A person passes by part of a mural by British graffiti artist Banksy protesting the imprisonment of Turkish artist Zehra Dogan, Friday, March 16, 2018, in New York. Banksy has created the New York mural protesting the imprisonment of Dogan, an ethnic Kurd jailed after painting the Turkish flag flying over the rubble of a destroyed town. Image: AP Photo/Frank Franklin II

It seems somebody added a signature tag to his artful protest of the imprisonment of a Turkish artist and journalist.

Plenty of pedestrians were getting a look Saturday at the graffiti scrawled in red across the bottom half of his 70-foot-long mural. The mural bearing the slogan “Free Zehra Dogan” was recently installed on the Houston Bowery Wall, made famous by Keith Haring in the 1970s.

The mural protests the jailing of Dogan, an ethnic Kurd, after she painted the Turkish flag flying over the rubble of a destroyed town. Dogan was convicted last March.

Banksy’s mural shows her jailed behind a set of black tally marks representing her days in prison. CC