Are you bullying your child, too? | Inquirer Lifestyle ❮ ❯ 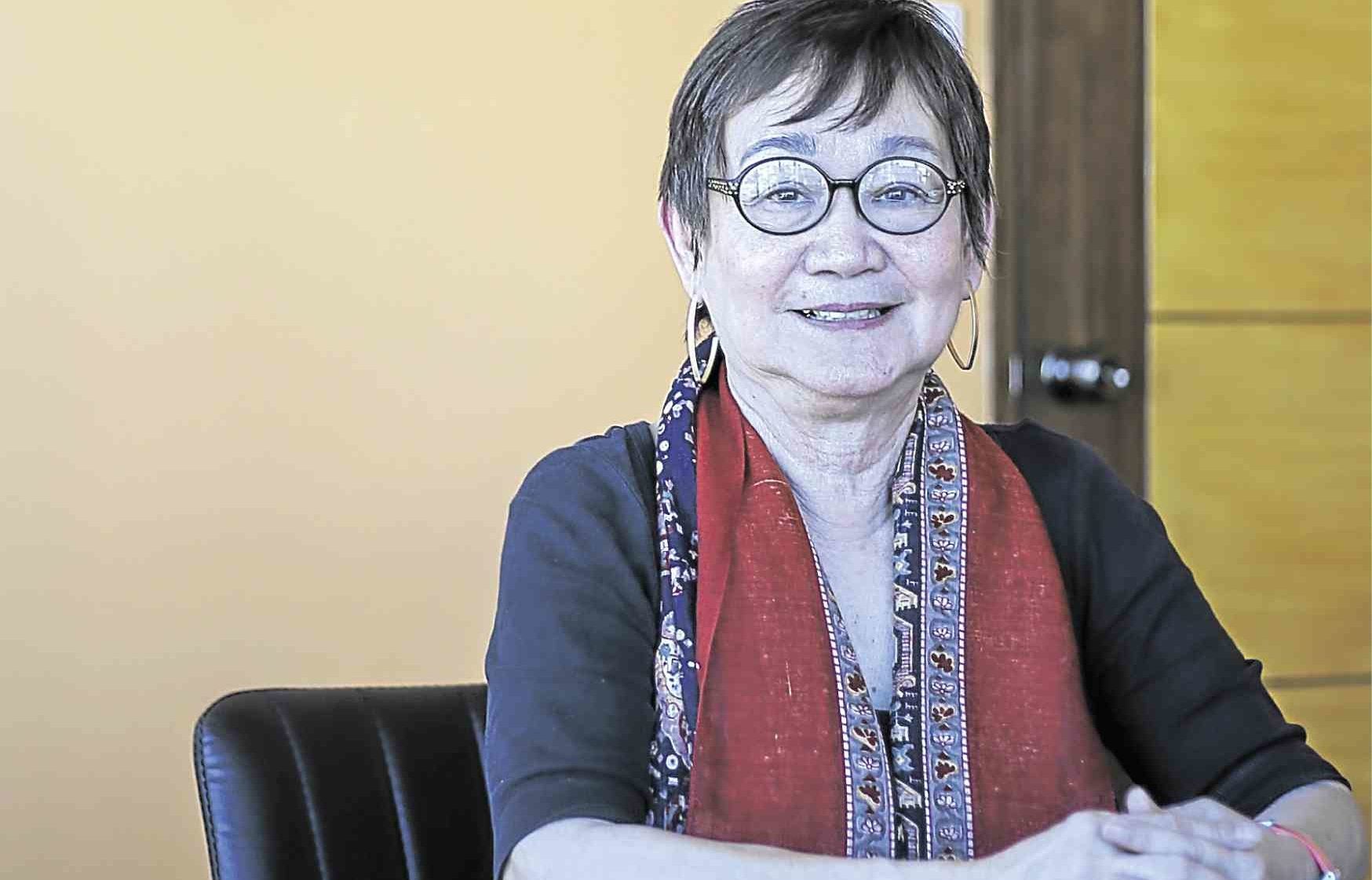 Parents who come home from work often badger their kids to get off mobile phones and finish homework, or interrogate the household help on how they prepared dinner. However, a suggestion from clinical psychologist Ma. Lourdes “Honey” A. Carandang may be more effective:

“Greet your kids, then excuse yourself and go to your room. Change into comfortable clothing. Wash your hands and face. Then breathe,” says Carandang.

This simple ritual allows parents to decompress and clean up from a full day outside the house. More importantly, it makes them pause and prepare for “mindful parenting,” in which they acknowledge that the stressful moments during the day are only theirs, and whatever anger they feel from such situations will not be projected to the children.

“The easiest thing is to project,” she points out. “If your boss scolds you, you take it out on your children. That’s normal, but we don’t want that kind of parenting. We want to be aware of our feelings and owning them.”

Carandang’s talk, “Mindful Parenting in the Age of Bullying,” is set on April 7, 8:30 a.m. to 4:30 p.m., at the Henry Sy Sr. Innovation Center in Miriam College, Quezon City. Organized by the Parenting Academy of Carandang’s MLAC (Mindfulness, Love and Compassion) Institute of Psychosocial Services, Inc., the lecture-workshop will also have Vice President Leni G. Robredo as special guest.

Carandang, who has been lecturing about bullying for 20 years, will discuss how it cuts across all sectors of society, as well as its dynamics.

“Bullying has to do with power over another,” she says. “A bully is a person who preys on someone whom he perceives to be weaker because he doesn’t have his own inner sense of power.”

Moreover, this “relationship” isn’t just between the oppressor and oppressed. For Carandang, bullying is a system that involves three entities: the bully, the bullied and the bystander—the third referring to a teacher, office superior, or anyone who is witness to the act.

“The point is, someone has to intervene and stop it,” she says. “They usually don’t, but they should.”

It’s a timely subject, considering that bullying doesn’t start in school, but actually begins in the home. Unconsciously or otherwise, parents can bully their children, too.

Constantly referring to kids as tanga (dumb), tamad (lazy) or mataba (fat), or even frequently praising one child over another, is a subtle form of bullying that eats into kids’ self-worth and can scar them for life.

“Respect begets respect. Children who see and feel respect from their parents will respect other people,” says Carandang. “Respect is a key factor in the family, but sometimes parents forget that, because they believe they have the right to treat their children that way. Just because you’re a parent doesn’t mean you can disrespect your child.”

But a child can inadvertently bully a parent, too. What to do when kids push mom or dad to their breaking point by defying rules or replying in a rude way?

Carandang recommends compassionate discipline. “Be firm when you call out your son or daughter about their behavior, says Carandang. “Tell them, ‘You don’t have to shout or hit or insult,’ and explain why their action is unacceptable.”

Choose the flip side of compassionate discipline—punishment—and you not only hurt a child physically and emotionally, you are likely to encounter their errant behavior again.

“When the punisher is not there, children repeat the action, the same way someone runs a red light when a traffic enforcer isn’t around,” says Carandang. “The lesson isn’t internalized, it doesn’t become part of their whole person.”

In compassionate discipline, values are lasting and integrated into a child’s system because parents show by example how they want their child to behave. “That way, your children don’t test you all the time,” Carandang says, “because they know that you have authority based on respect and what is right.”

Parents who practice mindfulness aren’t just aware of what’s going on inside them, but are also sensitive to what’s going on around them. This is crucial when their children are the target of bullying in school.

Carandang recalls the case of a boy whose name became the object of ridicule among a group of his classmates. Bullied for years, the poor boy tolerated it until his mother found out and called the school’s attention.

When the administration downplayed it as a boys-will-be-boys thing, the mother turned to Dr. Carandang for help. By then her son was suicidal.

“You think I should take him out after one semester?” asked the mom.

‘Take him out tomorrow’

“No, take him out tomorrow, he’s going to kill himself already!” exclaimed Carandang.

Besides being observant of telltale signs (loss of appetite, keeps to himself, makes excuses not to go to school), parents must learn to listen when a child speaks up.

“Even if it’s for attention, give it,” Carandang says. “A child won’t do something without a reason. It may not be the reason you expect, but he has his own reason for doing something. Don’t dismiss whatever your child says.”

“Investigate,” Carandang warns. “If your child is fooling you, at least you looked into it. And always listen. Please. Before it’s too late.”

In all the years she has been addressing bullying in talks and therapy, Carandang notes that the phenomenon has become more complicated and intense. Of late, she counsels more teenage girls than boys, adolescents suffering from depression to the point of suicide, owing to subtle yet vicious forms of bullying, like classmates who whisper and giggle in front of a hapless schoolmate.

Cyber-bullying, or bullying through SMS or social media platforms, adds to bullying’s complexity. Bullies can “mask” their identities with unidentified phone numbers or fake social media accounts. And once private or malicious information and images go viral, there’s no taking them back.

“There’s a lot of violence and anger in the world,” says Carandang. “There’s a pervading culture of hate, killing, harsh words, and insulting, and it’s become kind of the norm.”

Still, it’s a culture that people are fighting to change. Carandang knows of schools that have already established an antibullying system on campus, addressing incidents of bullying before they get too far.

She has also received requests from schools, the corporate world, and communities to give talks on mindfulness.

“The antidote to bullying is creating a caring community,” declares Carandang. “If there’s a caring environment, bullying doesn’t have to happen.”

This can be achieved, she believes, by simply being kind.

“These days, you need the courage—and the will—to be kind,” she states emphatically. “I think we have to campaign to bring back kindness in the world! Where is kindness? Let’s care for each other! It’s the antidote to all the violence in the world.” —CONTRIBUTED

For more information on the lecture-workshop “Mindful Parenting in the Age of Bullying,” visit https://mlacinstitute.com/parenting-academy/, or contact 09267539538.