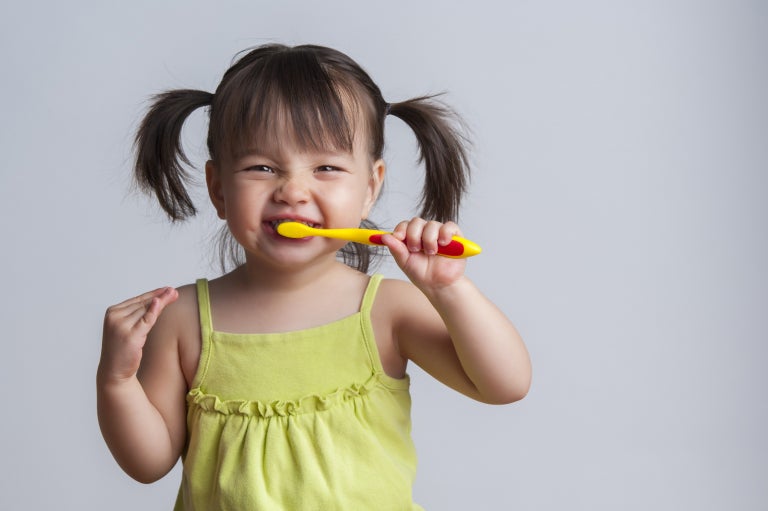 Carried out by the FDI World Dental Federation, the survey questioned 4,056 parents with children aged 18 and under in the United Kingdom, Australia, Egypt, Philippines, France, United States, Morocco, Sweden, China and Argentina.

Parents were asked how they cared for their children’s teeth, and the responses were used to help suggest how dental care could be improved.

The survey showed that only 13 percent of parents took their child to the dentist before their first birthday, which is the recommended age for a child’s first dental checkup in order to help prevent developing early childhood caries.

Most parents (24 percent) first took their child to the dentist when they were between one and three years old, with 22 percent of parents taking children between four and six years old. However, 20 percent reported that they had never taken their child for a dental checkup.

“It’s worrying to learn that most children are not getting a dental checkup at the recommended age,” said Dr. Kathryn Kell, FDI president. “Good oral health habits start early.”

The survey also found that although in many countries the majority of parents reported that dental visits were for routine checkups, in Egypt, the Philippines, and Morocco, many parents waited until their child had pain or discomfort before taking them to the dentist (56 percent, 43 percent and 38 percent, respectively).

When questioned on other important factors for good oral health, 38 percent of parents took care to limit the amount of sugar in their children’s diet, which contributes to oral diseases, but only 8 percent reported encouraging their child to wearing a mouthguard when playing sports.

“Oral diseases can impact every aspect of life and are associated with many general health conditions,” said Dr Kell. “This World Oral Health Day, we want people to make the connection between their oral health and general health and understand the impact that one has on the other. Knowing how to protect your mouth and body at all ages contributes to a better quality of life.”

FDI has the following advice for parents who want to make improvements to their child’s health care routine:

Spicing up vegetables with seasoning may encourage kids to eat more