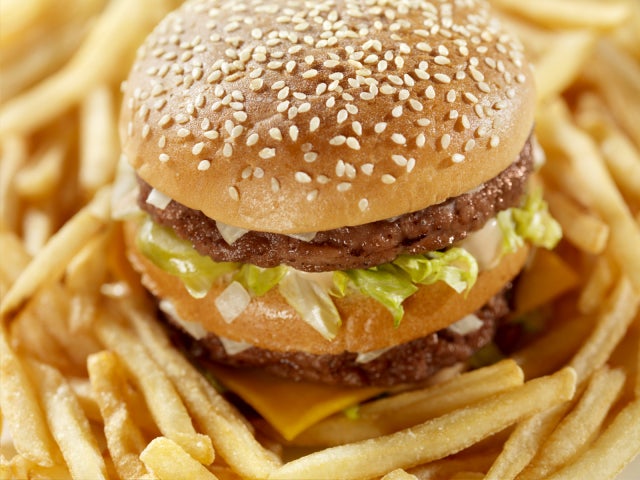 American-style burgers were on the menu at 85 percent of restaurants in France last year. Image: Lauri Patterson/Istock.com

Baguette lovers may be horrified to learn that in 2017, for the first time ever, hamburger sales were higher in France than the classic jambon-beurre sandwich.

American-style burgers were on the menu at 85 percent of restaurants in France last year, with a whopping 1.5 billion units sold, according to Paris-based restaurant consultants Gira Conseil.

The silver lining for foodies was the gradual demise of junk food, with good-quality, fresh alternatives on the rise.

This is all big news for a country that takes great pride in its national culinary culture, and which for years resisted the global burger onslaught.

“We’ve been talking about a burger frenzy for three years. This year, we don’t know how to describe the phenomenon. It’s just crazy,” Gira Conseil director Bernard Boutboul told AFP.

In 2016, hamburger sales were on a par with the jambon-beurre, or ham-and-butter baguette — which is still the most popular sandwich in France.

“But in 2017, for the first time, (burgers) overtook (the French classic) by a long way,” Boutboul said, with jambon-beurre sales at 1.2 billion units.

“One wonders whether the burger might even overtake our famous steak frites in France,” he said.

There, Boutboul may have hit a nerve. While the French see their food culture as unique, the truth is a lot of it is based on meat, bread and potatoes — not a far cry from what makes up a US burger meal.

France is McDonald’s most profitable market outside the US, with more than 1,400 restaurants.

The Golden Arches has adapted to French tastes with the McCamembert and the McBaguette with Emmental cheese, Dijon mustard, the various French salads and even macarons for dessert. Customers can also drink beer with their meals.

Jean-Pierre Petit, the man credited with helping France fall in love with “McDo”, is one of the brand’s most influential executives, pioneering McDonald’s attempts to adapt itself to local tastes.

In his 2013 book, “I Sold My Soul to McDonald’s,”, Petit admitted that he had not eaten his first hamburger until he was 30.

In 2005 Frenchman Denis Hennequin, who introduced the Parmesan burger in Italy and the Shrimp Burger to Germany, became the first non-American to lead the McDonalds brand in Europe.

But a lot of the fast food that does best in France is high-quality — and fairly pricey.

“Even the Americans are keeping an eye on what we’re doing in our gastronomic fast food sector,” Boutboul said. NVG