Why we should be proud of our food art | Inquirer Lifestyle ❮ ❯ 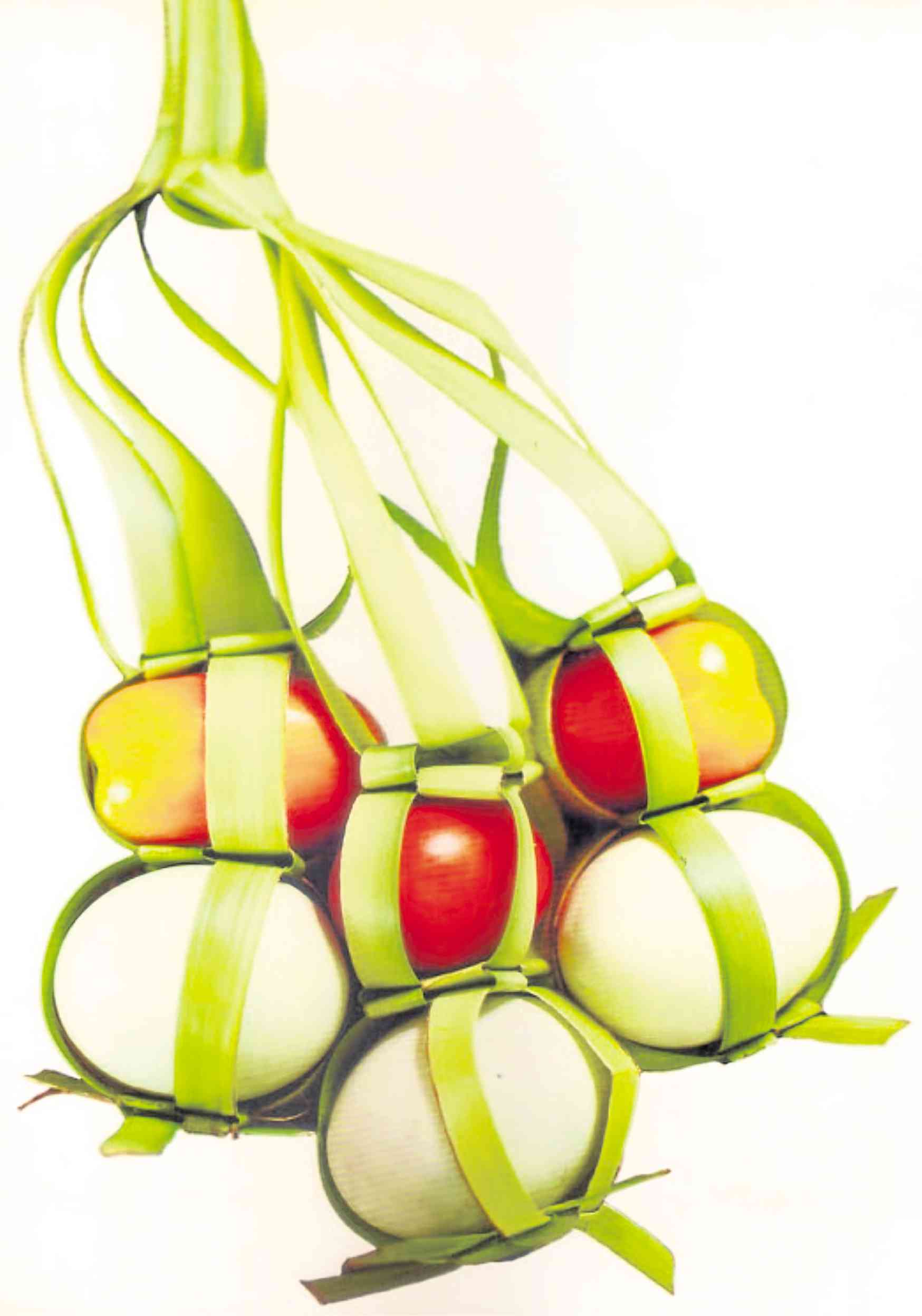 Why we should be proud of our food art

The Japanese art of flower arrangement is called ikebana. But if fruits and vegetables are used as materials, it is called morimono. That I learned when an ikebana group asked me to talk about gastronomy in relation to the art of arrangement.

It challenged me to go beyond just the artful dressing of tables such as centerpieces.

In my talk, “Edible Art,” I found many examples of food art in the Philippines. But I did get to start with a centerpiece written by Gilda Cordero Fernando (editor of “The Culinary Culture of the Philippines,” 1970). In her essay, “The Good Life,” she wrote about a table centerpiece which was gifted to an important person by friends.

A drawing tried to capture the two-feet-high baroque tower or castle made of columns of curlicued pralines bought at La Campana: “Its layers were filled with fruit candies, tiny cornucopias with almonds called plantanitos, mazapan with nuts, yemas or glazed egg yolk sweets, tocino del cielo, and cabello de angel or fine strands of spun sugar.”

I juxtaposed that drawing with similar centerpieces made by Antonin Careme, the 19th-century master of French “grande cuisine,” who created elaborate decorations of fruits, pastries and pulled sugar sculptures.

In the same essay, Fernando described the tableside cooking of the old upper-class Manila family of Ariston Bautista and his wife, a Nakpil: “A potted plant with bell peppers hanging on every branch would be split still in the tree. Each would be stuffed with sautéed ground pork, the slits would be sewn, then each bell pepper coated with beaten egg and flour. Then each would be immersed in a tiny saucepan on a small alcohol stove which was held up to the branches.”

But our food art need not be that fantastic. It can be the way the sidewalk vendor cuts the green mango skin to make it look like flower petals. Or it can be a bit more complicated like the balikutsa of Sta. Maria, Ilocos Sur, made of pulled sugar, formed into what I like to call the curly top of Grecian Ionic columns.

The country has a tradition of edible art. Every May 15, in the Pahiyas fiesta of San Isidro Labrador in Lucban, Quezon, houses are decorated with “fruits of the earth” that show the artistry of the homeowner. But the kiping, leaf-shaped piece, made of rice flour and dyed, is what the Pahiyas is known for—especially when it’s arranged like a chandelier, the arangya.

It is sad that much of our food art is done by only a few, if done at all. One of the artisans, Luz Ocampo of Bulacan, died last year. She used to do what is called bordado, fruit carving done mainly on dayap, santol and suha.

I have always maintained that bordado is far superior in artistry than Thai fruit carving because of the intricacy and how, especially the dayap, was so sheer.

Pastillas wrappers were also Ocampo’s forte, cutting the papel de Hapon without any pencil guides. In the old days, these pastillas wrappers would be placed on a layered centerpiece container, their glorious tails flowing down.

Wrappers may not be edible, but they make what’s inside precious and presentable. For visuals and information, the book, “Wrap Them, Peddle Them, Store Them, The Filipino Way,” by Marilen Espiritu with photos by Johann Espiritu (ArtPost Asia, 2008) was an excellent reference.

The book’s example of palm weaving that farmers do to hold their food such as kamatis (tomato) and itlog (egg) was, for me, the best illustration of food art.

And then there are rice cakes, especially suman in all its shapes, forms and guises. Its form and wrapper signify what the rice cake is. Rice wrapped in coconut fronds is the puso of Cebu or the takmu of the Tausug.

Consider our cookies such as the flower-like Sampaguita and Pan San Nicolas, both from Pampanga. The San Nicolas is made with a mold that features the saint. In the old days, it was baked during the saint’s feast day, and then given to sick children.