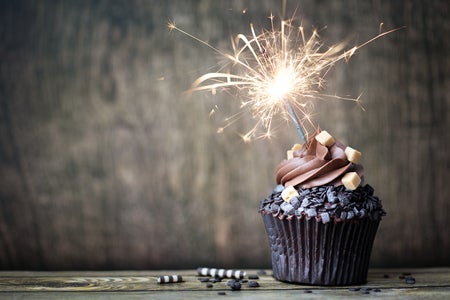 Woman celebrates 30th birthday by staging a ‘funeral’ for her youth

Turning 30 means means reaching a milestone in one’s life. But for one woman, she chose to honor her 30th birthday by staging a symbolic funeral for her youth, and she did it by throwing a party with an all-black theme.

Clad in an all-black outfit — she even wore goth-inspired makeup — Mila Blatova celebrated her birthday with black balloons, big three-0 inflatables and a black martini.

“It was meant to be a funny way of accepting a new chapter in my life,” she told Unilad on Monday. “The extreme drama in my photo was me channeling Kris Jenner in a meme I saw of her,” referring to the image of the Kardashian matriarch looking chic while wearing a white fur and a glass of martini in hand.

Despite having to say goodbye to her youth, Blatova is trying to be positive by looking forward to things that excite her, such as “new adventures, traveling, taking care of my two little boys, and whatever else my life brings me.”

She also advised other women who fear aging to “just own it” and “‘make the most of it and don’t be afraid of still having fun regardless of your age.”

When asked what she will miss most about her 20s, she said she will miss “just feeling young,” because “the older you get, the most frowned upon it is to be sarcastic and a little immature.” Katrina Hallare/JB