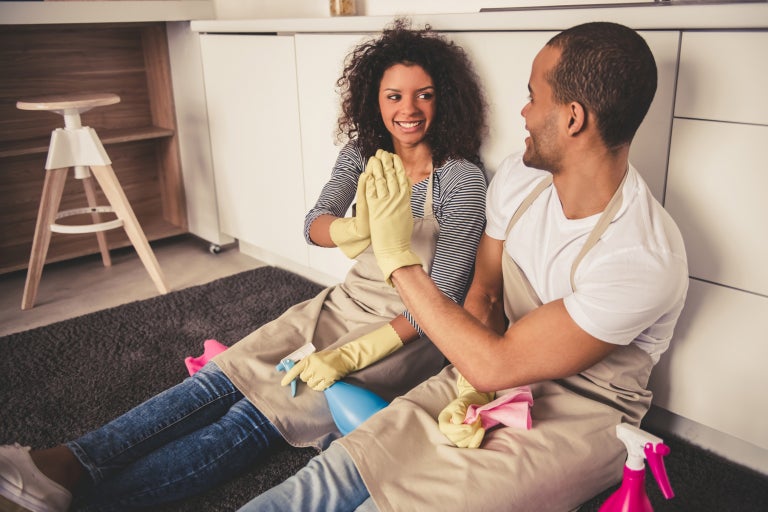 A fair distribution of housework increases a couple’s sexual satisfaction, according to an American study published in the journal Social Forces.

This new study by Florida State University in the United States could increase men’s motivation to do a little more housework, even after several years of marriage.

According to the study based on data from a survey between 2004 and 2006 of 1,100 couples with an average age of 55 and married for an average of 27 years, a fair distribution of household tasks improves both partners’ level of sexual satisfaction, while not affecting how often they have sex.

The study indicated that women were still doing twice as much housework as their partner in 2013 compared with seven times more in the 1960s, although 57 percent of them worked full-time.

“Feelings of unfairness in housework and other aspects of your marriage can be corrosive to the relationship,” explained Anne Barrett, the study’s main author.

She continued: “When the housework arrangement is unfair to women, it reduced — on a scale of zero to ten points — by almost a point on average the sexual satisfaction scores for both men and women.”

The study showed that the feeling of fairness in the division of household tasks was the criteria which had the biggest impact on a couple’s sex life compared to other factors such as judging whether a partner is only doing “men’s work” or “women’s work,” or the fact that housework eats up time that could be used for sex.

The researchers concluded that it’s important for couples to communicate openly about fairness in the division of household tasks and that each partner should let the other know what they’re doing around the house. JB

Digital billboard in Makati shut down after showing pornographic video