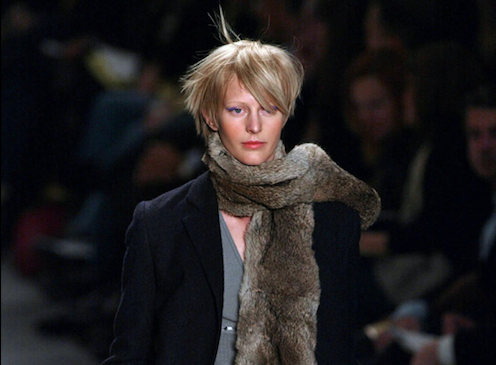 DKNY, Donna Karan to give up fur

Fashion labels DKNY and Donna Karan have become the latest major brands to abolish the use of fur in their collections.

The news was announced during their parent company G-III’s 2018 Fourth Quarter and Full Year Fiscal 2018 Earnings Conference, reports the animal welfare group Humane Society International (HSI). Morris Goldfarb, G-III CEO, confirmed that DKNY and Donna Karen will be going fur-free in the year 2019, as a result of a long-standing relationship with HSI’s US affiliate, HSUS.

The move puts DKNY and Donna Karan hot on the heels of brands such as Versace, whose creative director Donatella Versace told the press weeks ago that her fashion empire will stop using fur as a material. Fellow Italian brand Furla also made a similar pledge this month, announcing that as of 2019, it would be a fur-free brand, while 2017 saw Michael Kors, Jimmy Choo and Gucci sign up to the growing anti-fur movement. Luxury heavyweights Armani, Hugo Boss and Stella McCartney already operate fur-free models.

In perhaps the biggest sign yet that animal furs could be going out of fashion, San Francisco made moves earlier this week to becoming the largest United States city to ban new fur sales from January 2019, an ordinance that could become law if approved upon its final passage on March 27.

With Norway voting to ban fur farming earlier this year, a move already made by multiple European countries, it looks like fur-free fashion is on the brink of becoming a major trend. JB