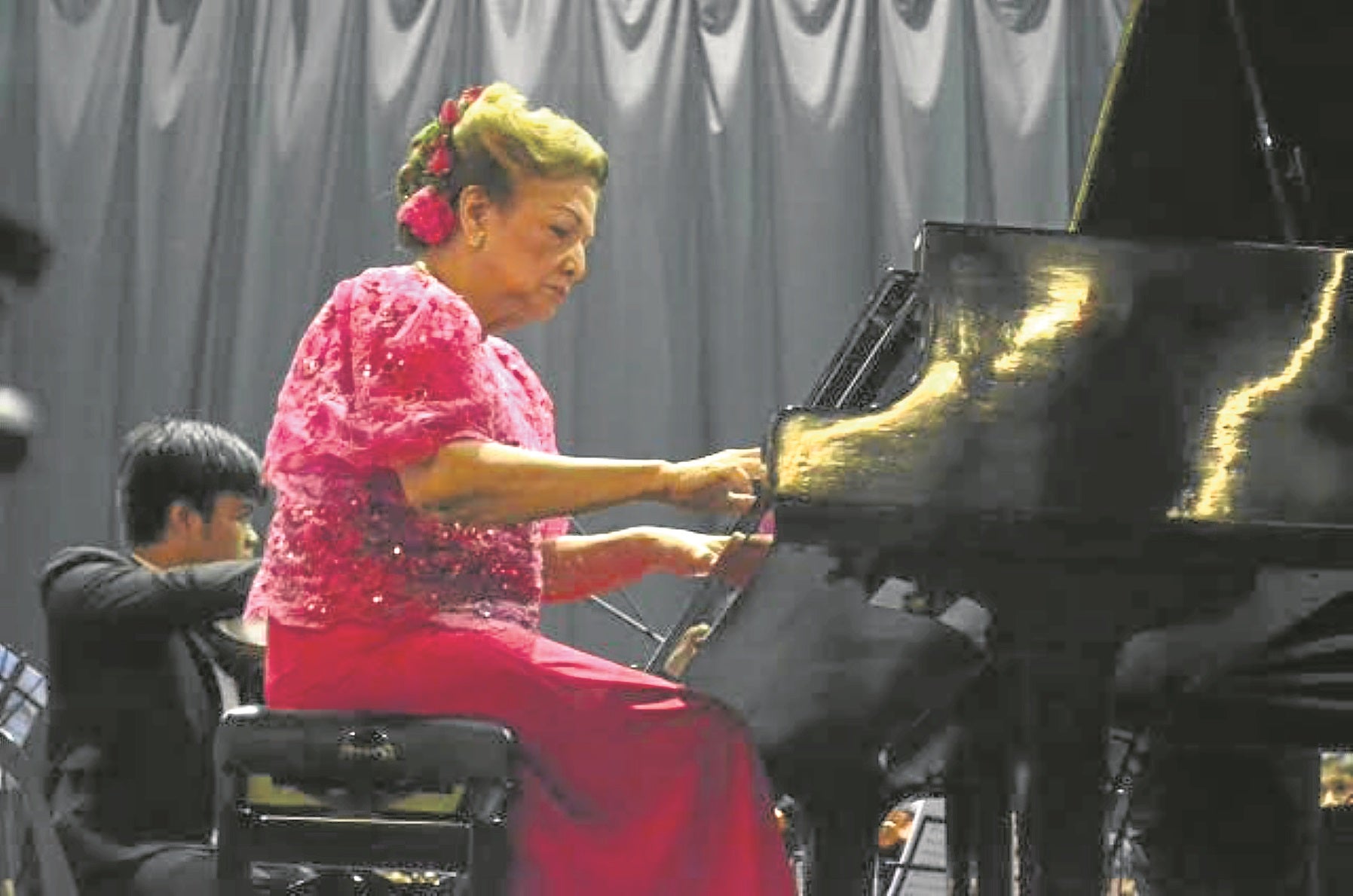 They are perhaps the only active senior pianists as both are septuagenarians who continue to grace the concert stage of veritable consequence.

On the outset, the PPO showcased the velvety texture of its string section in Japanese composer Toro Takemitsu’s contemporary work, “Requiem for Strings.” PPO associate conductor Herminigildo Ranera, conducting as guest, led the ensemble in unfolding the brief three-section work scored in dissonance with expressive and understated subtlety.

The entrance of the featured duo pianists on the stage was met with warm applause as they sat on their respective pianos: Raul on the first and Ingrid on the second.  The PPO under Ranera sparkled in the long exposition that brilliantly defined the theme in the first movement. When the two pianists struck the chords and scaled the runs, the audience, led by National Artist for Literature Virgilio Almario and CCP president Arsenio Lizaso, was assured of fine listening.

What followed was a brilliant repartee, all done with sagacious wit as the pianists etched the lyrical import of the first movement. The dialogue was done pleasantly, quite indicative of the pianists’ friendly relations. Ranera confidently waved the baton leading the musicians in providing support.

The pianists sang their lines with soulful intensity in the haunting second movement, which was scored in variation form. In turn, the orchestra matched the pianists biting expressiveness as it played its part.

Technical brilliance marked the rendition of the third movement and both pianists disclosed their technical might honed by a long career of performance.  When they sank their fingers and carved out the double fugue near the end all the more the listeners were awed. On the podium, conductor Ranera listened intently with his right hand, keeping the beat and, in the precise moment, cued the orchestra to join the pianist to cap the glorious ending!

Thunderous applause greeted the tandem and the PPO at the end.

Conductor Ranera continued to lead the PPO in glorious symphonic heights in Brahms’ “Symphony No. 4” in E minor, the featured symphonic work. He essayed the work with dynamic dispatch and led the orchestra through all the four movements.

Undeniably, the PPO, under its present conductor and musical director Yoshikazu Fukumura, has immensely improved. In his capacity as associate conductor, Ranera has been privileged to learn from the said master. As a result, and needless to say, Ranera lately had shown tremendous confidence as a conductor.

Perhaps it is not presumptuous to suggest that in the country’s quest for able Filipino conductors, Ranera should be sent abroad for further training in conducting, and come home after to lead a symphony orchestra.

Congratulations to the University of Santo Tomas Symphony Orchestra conducted by Renato Lucas for its successful concert held at the CCP Main Theater a day after the PPO concert with Naomi Sison as featured piano soloist.

Sison played the formidable Brahms “Piano Concerto No.2.” with technical brilliance! The orchestra, on the other hand, played Antonino Buenaventura’s tone poem “By the Hillside” and the familiar Mozart “Symphony No. 40” in G minor. Lucas showed command in handling the baton.

Both Lucas and Sison are members of the faculty of the Conservatory of Music.

Peter John Porticos, secretary of the conservatory, welcomed the audience on behalf of Antonio Africa, dean of the UST Conservatory of Music.  He said the concert is presented by the conservatory and the CCP as a tribute to the Thomasian community.

The UST Symphony Orchestra is the resident company of the CCP.  It is composed of the students of the university’s Conservatory of Music.  —CONTRIBUTED