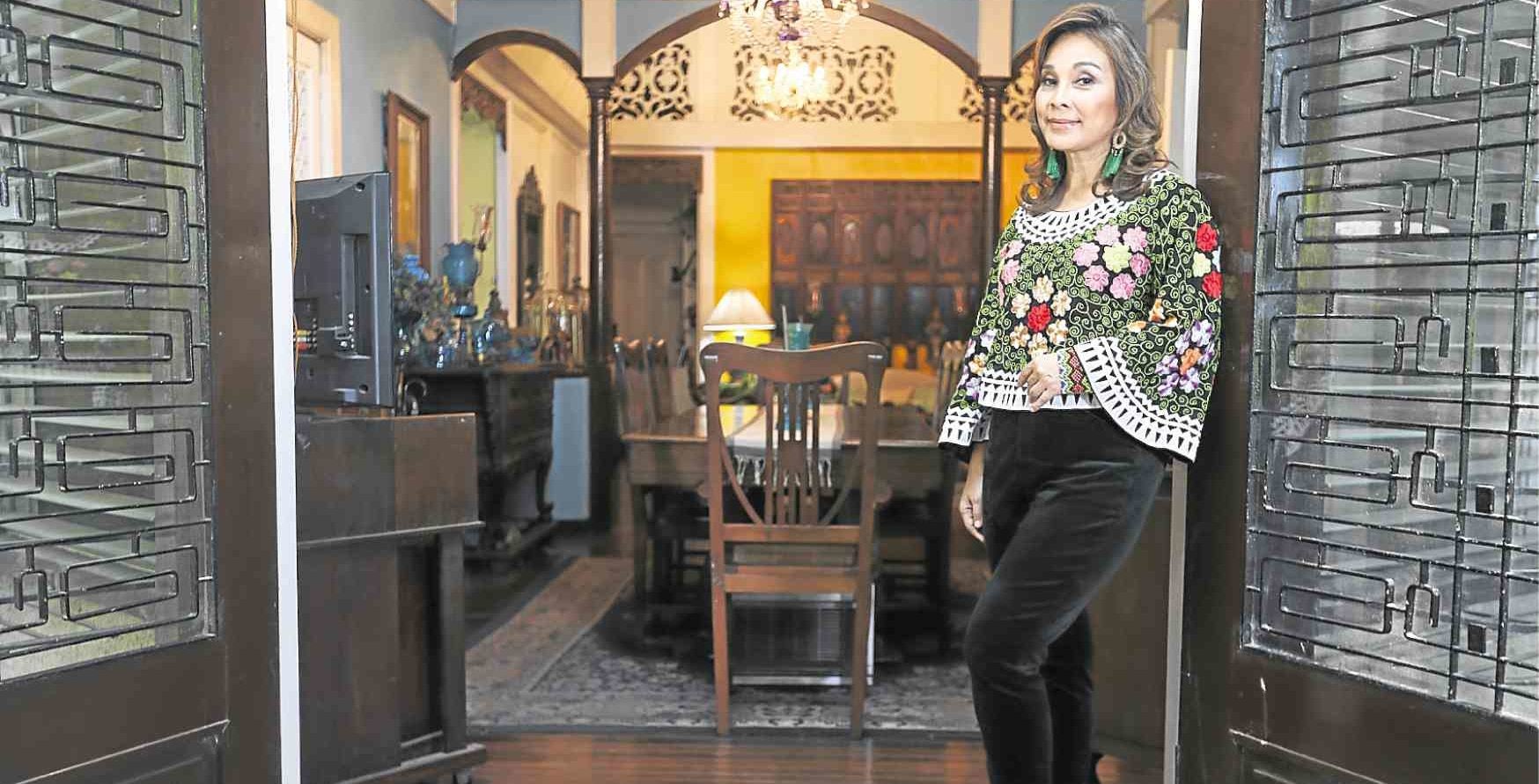 The ‘walking’ ‘santos’ that guard Sen. Loren Legarda and family

Prayers, she is convinced, and her devotion to Our Lady of Manaoag, saved her twice from cancer. At one point, the senator was already due for surgery when physicians in a New York hospital found carcinoma cells in her thyroid. She prayed, got a second opinion in another hospital, and the cells turned out to be benign.

Legarda was raised in a family steeped in tradition, where art, culture and religious ways were part of everyday life. She recalls a childhood in which talking and taking a shower were absolutely prohibited during Good Fridays: “We were instructed to contemplate God’s word alone because that was the time Jesus was being crucified. Then on Easter Sunday, there would be a feast.”

And Legarda has kept some of the family traditions, except, of course, not taking a shower on Good Friday. She keeps religious symbols in her house, a small altar, and joins the family in the annual pabasa (reading of the passion) and Visita Iglesia pilgrimage, although she says her relationship with God is now more personal.

To this day, Legarda sleeps with a rosary in hand to feel protected. On the plane, she clutches her rosary beads at the slightest air turbulence. Born a Catholic and raised a Catholic, she hears Mass every Sunday.

“Our life is a prayer… The best prayer is a prayer of gratitude, so that despite the pains and difficulties, you see the good things,” she said.

When the going gets tough, Legarda seeks solace in her family’s ancestral home, a 4,000-sq m verdant oasis tucked somewhere in Potrero, Malabon. Here is where stories of migrating bats pecking on fruits are still being told, where stray golf balls used to fall, as if from the sky, and where centuries-old religious icons are still believed to roam the corridors.

It was in the garden where, as a child, the senator chased butterflies and dragonflies, climbed trees and basked in the sun.

In the Spanish colonial structure fondly referred to as the “Big House,” where Legarda’s grandparents, then Manila Times editor Jose “Joe” P. Bautista and wife Carmen once resided, is a glass-enclosed altar showcasing several antique religious icons passed down the generations. (“Loren would belong to the eighth generation who would look after these,” said her mother’s sister, Marissa Bautista-Hipolito, the sibling assigned to look after the house and the statues.)

Most notable are the life-size Nuestra Señor de Columna, a statue of Jesus’ scourging at the pillar in hardwood. Christ is depicted with long blonde hair and veiny arms, a piece of gold-embroidered purple satin cloth around his waist (the crown, hair, and loincloth, Marissa said, are the original items that came with the statue). The Nuestra Señor de Paciencia shows the seated Christ with the crown of thorns.

Religious icons displayed in a glass-enclosed altarWhen a crack on this wooden statue was discovered and repaired some years ago, it lost some of its details. Its once veiny arms became smooth, and its bony features became less prominent, Marissa said.

Lourdes “Auntie Luding” Bautista-Gaskell estimates both statues to be about 200 years old. The family’s annual tradition of pabasa also began around that time, when neighbors and friends would gather in their house every Holy Week.

“The statues were shipped from Spain, and every year they were part of the annual Holy Week procession at Sta. Cruz Church in Manila,” said lawyer Jose “Pepito” Bautista Jr., the fourth child of Jose Sr. and Carmen, the senator’s grandparents.

When the family moved to Malabon, the statues ceased to join the annual procession. Cora Bautista-Lopa thinks the family feared the statues might be damaged. They have since remained sealed in the glass-enclosed altar, whose sliding doors are opened only for the occasional cleaning.

There are several antique religious statues on the altar, some almost as old as the two images of Christ, such as the century-old Holy Family and Crucifixion. The Holy Family is composed of Mary, the mother of Jesus, with St. Joseph and Jesus as a young boy. The statues, all with long blond hair and delicate eyelashes, are dressed in satin clothes with intricately designed hand embroidery in gold.

There are also 50-year-old statues of St. Jude and St. Anthony, and a rare set of St. Anne and the young Mary.

“They don’t make statues this detailed anymore,” said Marissa, the collector of antiques in the family, having acquired hundreds of statues, religious and nonreligious, through the years.

There are stories that the statues move at night, Legarda said. According to one account, a rather energetic grandchild of the late Jose Sr. and Carmen supposedly received a spanking in the buttocks from St. Joseph one day (the young child pointed at the statue of St. Joseph when asked who spanked him).

Legarda, who studied piano at the Big House (there are now five houses in the family compound; Legarda’s family resides in one of the four newer homes), said she would always bring her yaya during practice since the piano was located in the Santo room. It was a dark house, she said, and like many children, she had an irrational fear that the statues would start walking toward her.

But the two life-size statues were believed to have saved Jose Sr. and his family during World War II, when Japanese soldiers trooped to their house on Avenida Rizal in Manila.

And, despite many unanswered prayers—political losses, unsuccessful relationships, forgotten friendships, lost battles—the senator trudges on, believing that part of happiness is the acceptance of what’s for you and what’s not for you.

“People ask me for help 24/7 all over the world. I say, help until it hurts. Buti na ikaw ang tumutulong kaysa ikaw ang humihingi ng tulong,” she said.